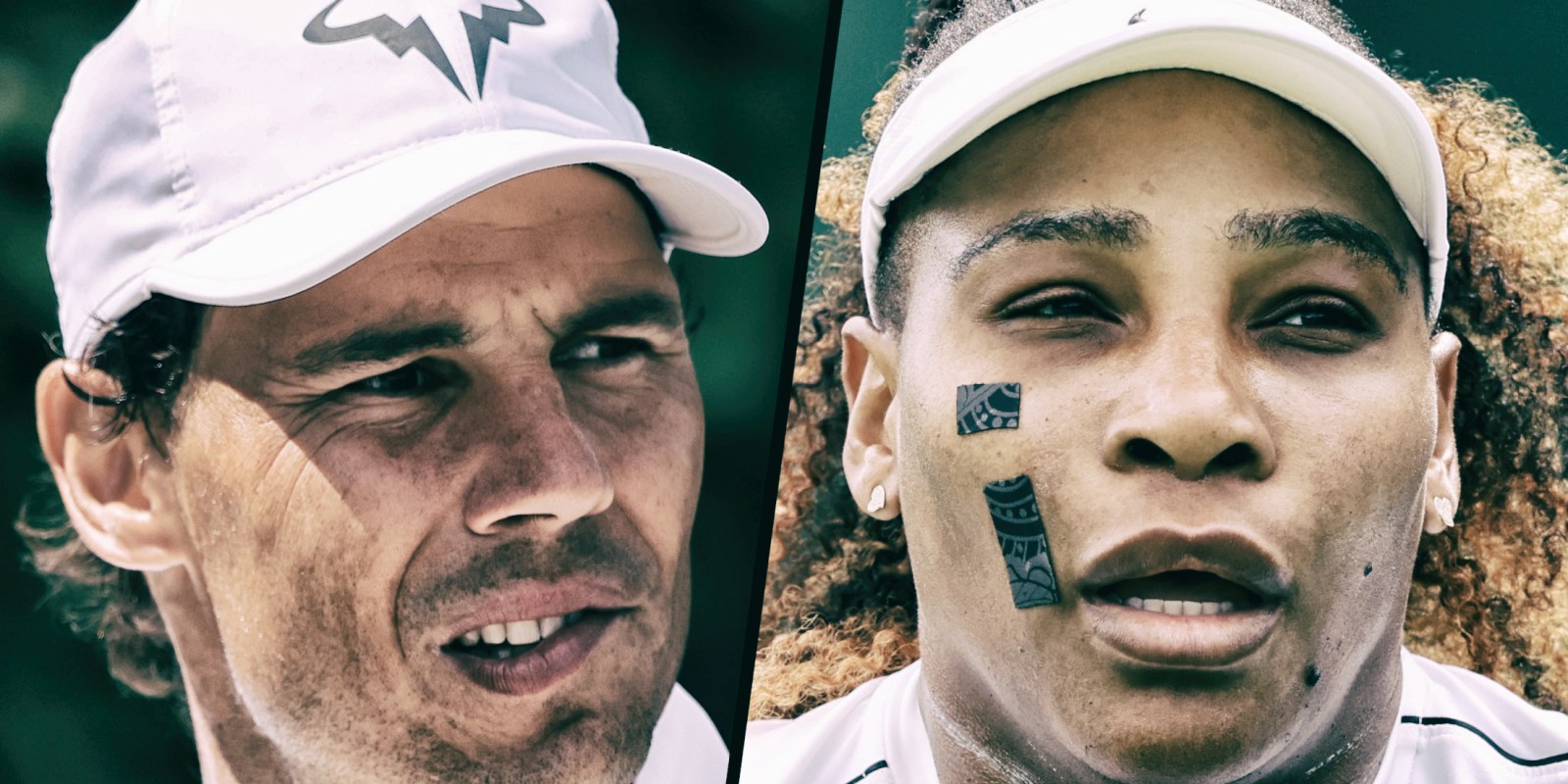 Forty-year-old Serena Williams is back and on the hunt for her 24th Grand Slam title, while in-form 36-year-old Rafael Nadal is looking to bag his record-setting 23rd.

It is the season for strawberries and champagne. Tea and clotted cream. London SW19 is perhaps the most famous postcode in the UK, at least for the next two weeks. It is also the home of the All England Club — the best Grand Slam — in the history of the professional tennis game.

It is here, where for the next 12 days, some of the best in the sport of tennis will leave sweat and tears on these highly manicured green lawns in the hope of lifting the most-prized trophy of all.

The battle commences on Monday, 27 June. For many, defeat is inevitable. They are here to make up numbers. They know that. We know it too. But for many more, a lot is on the line. That line is called history.

Some people are not just part of history, they make history. Serena Williams is all about history and is here to make more. The former world number one (now ranked 1,280 in the world) continues to excite. If she sneezes, it makes the news.

Williams hasn’t played a singles match for almost a year mainly because of injury. She has also said she needed a mental timeout, but now she is back. What she can achieve at her first Grand Slam is subject to doubt, but Williams has a record of proving everyone wrong.

Wimbledon wouldn’t be Wimbledon without her and her band of followers. Williams is the best female player in the history of the sport and is bidding for a historic 24th Grand Slam title.

It won’t be easy though. Williams is 41 years old in September. She isn’t, perhaps, as powerful or as quick as she once was. But when her name is in the draw, only a fool would bet against her.

“I am my number one fan,” she has said, showing strong mental preparation ahead of the next two weeks. The rest of the locker room had best watch out.

Also here (somewhat unexpectedly as he had said he wouldn’t play) is Rafael Nadal. Nadal is currently ranked world number four and is apparently a crowd favourite. The bookies have money on him to win. He backs himself too.

Nadal is certainly looking fit and ready for the challenge and hoping to have a good run into the second week. Like Williams, he is chasing the history charts and holds 22 Grand Slam titles. He has just come off a sensational win at Roland Garros, beating the in-form Norwegian, Casper Ruud.

Now aged 36, Nadal isn’t as unbeatable as he once was. He was taken down in an exhibition match on Friday, 24 June, by the Canadian world number nine, Felix Auger-Aliassime.

This will boost the confidence of the 21-year-old Canadian ahead of a possible quarter-round clash with Nadal at Wimbledon. But things need to go according to plan.

Auger-Aliassime has a first-round clash with Maxime Cressy, who will be no walkover. French-American Cressy is known for his quick transition game from baseline to the net. He has good hands and his volleying skills are second to none.

Roger Federer and Lloyd Harris, the South African number one, will not be at Wimbledon. Both men are out of the game with various recurring injuries.

Federer is eying a return at the US Open in late August, while Harris is out for the rest of the year.

There are no Russian or Belarusian players in the draw as Wimbledon imposed a ban on citizens from countries involved in the illegal invasion of Ukraine.

All eyes on Raducanu

Back here in the UK, all eyes are on 19-year-old Emma Raducanu. She surprised everyone (probably herself too?) when she won the US Open in 2021. She has not been impressive since and has been easily beaten in the early rounds of various tournaments since, leading people to wonder if she is a “flash in the pan” player.

What we do know is that Raducanu has been offered a place at Cambridge University. Her grandmother let this slip in an excited moment. But it is difficult to see how Raducanu could manage such intense academic pressure with her on-court demands as well as commercial endorsements. Someone will soon have to tell her that nobody can have it all.

The match to watch on Monday, 27 June, is between Switzerland’s three-time Grand Slam winner Stan Wawrinka. He will face the young Italian Jannick Sinner.

Wawrinka has the best single-handed backhand in the game and the only Grand Slam he hasn’t won is Wimbledon. But, at 37 years of age and having been out of the game for the best part of two years, he will find the speed of grass tough, especially on his knees following recent surgery.

Nonetheless, if you want to watch some explosive tennis and precision shot-making, stay tuned to court number two. DM

Derek Laud is a visiting professor at London South Bank University, an Honorary Fellow at Cambridge University, Lucy Cavendish College, and a tennis commentator and writer.