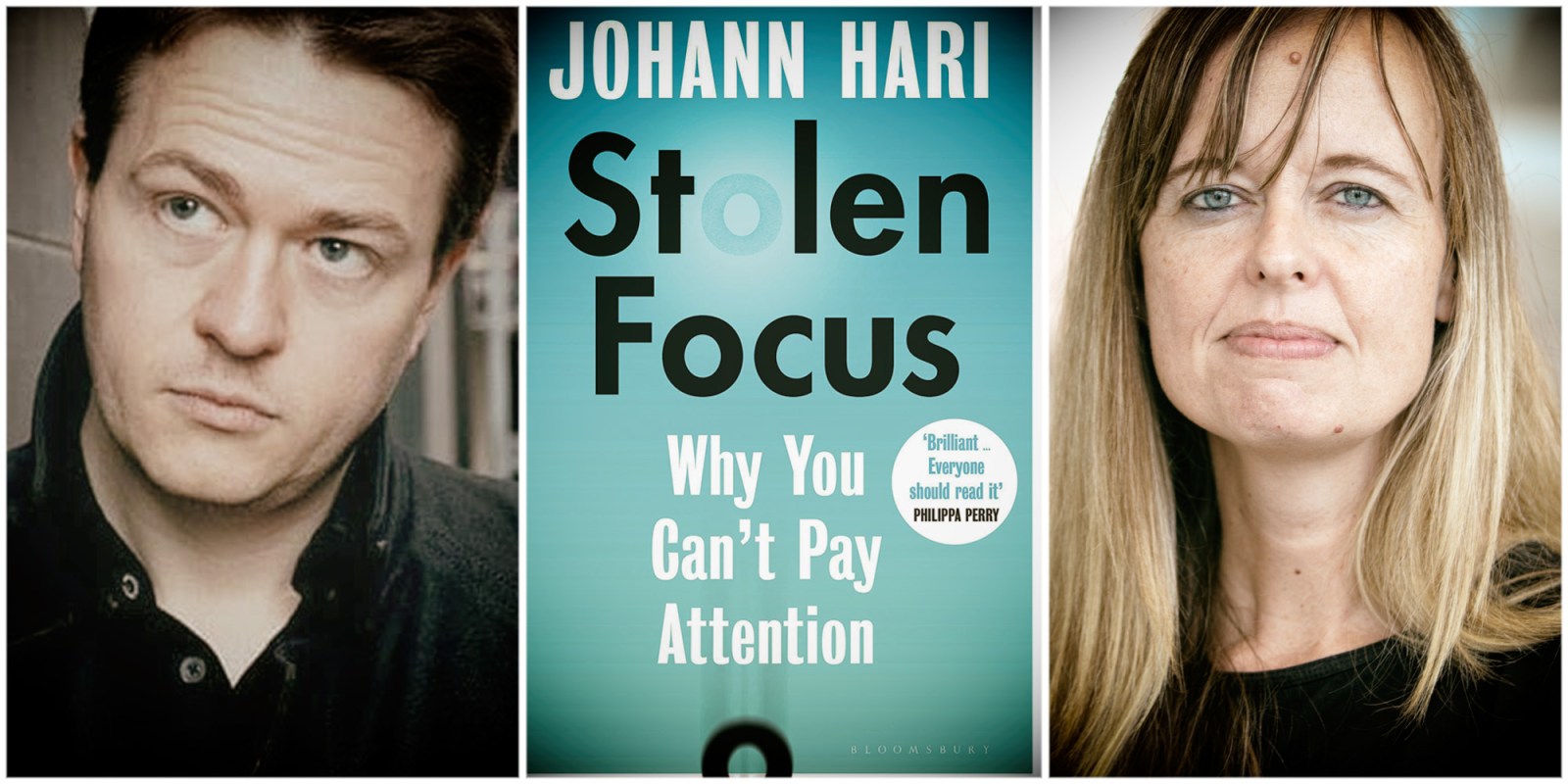 All over the world, our ability to pay attention is in subjective decline as a result of many factors. New York Times bestselling author Johann Hari takes us through an epic journey across the world to meet the leading scientists and experts investigating why this is happening to us.

‘We are living in a perfect storm of complete degradation as a result of interruptions. We are collectively losing attention.”

These were the words of New York Times bestselling author Johann Hari at the virtual launch of his latest book, Stolen Focus: Why you can’t pay attention and how to think deeply again.

“What evidence is there to back up that we are collectively losing attention?” asked Daily Maverick’s Rebecca Davis as she kicked off the launch.

Hari replied: “The gold-standard evidence would have been: let’s say for the last 150 years scientists would have to test people for attention in the same way they do for intelligence quotient (IQ). Sadly, no scientist has done that so there is no gold standard of evidence. But I think it is reasonable to conclude that this is a real problem if we look at the different scientific evidence that has proven to profoundly harm attention in the interim and long term.

“One good example is that if you don’t sleep well your attention will suffer.”

To feed his curiosity about attention, factors surrounding why almost everyone is losing attention and how to improve the situation, Hari travelled from Miami to Moscow to interview about 200 women experts. He explained his findings:

“If you feel your lack of attention getting worse or your children’s attention getting worse there is nothing wrong with you or your child… Scientific evidence has it that this is happening to almost everyone in the world and there are really big reasons for that. Evidence shows that these reasons have been hugely increasing every year. But once we understand those reasons we will begin to build solutions.”

From the interviews, Hari says he learnt: there are about 12 factors that can make attention better or worse, including technology and multitasking.

“A leading neuroscientist told me that a human being’s brain can only think about one or two things at a time. This is just the fundamental limitation of the human brain and does not significantly change instantly. She says it can take about a 1,000 for the human brain to change. But what’s happening in the real world is we have fallen massively into delusions of thinking we can multitask – deal with more than one task at the same time.

“According to the scientist, what happens is we tend to then not pay attention to either of the tasks before us, but instead switch very rapidly between the tasks. It also turns out that comes with a really big cost of doing the task but not competitively so; you make more mistakes, remember less of what you do and are less creative. In the long run, the scientist says it affects your intelligence.”

For Hari, the attention crisis is not an individual problem, but a societal one, and solutions require all societal stakeholders to play their part.

“For all of these 12 factors, there are two levels to tackle them… defence and offence. There are a lot of things we can do as individuals against these forces by changing our behaviours, but we can do much more collectively. At the moment it’s like someone is pouring itching powder over us all day and then leaning forward and saying, ‘hey buddy, you might want to meditate and then you wouldn’t scratch so much’. We need to deal with the factors collectively.”

He says the first resolution to regain attention is the determination to fight for it by understanding the causes, restoring human childhood and breaking free from technology from time to time to connect with yourself, other people and nature. DM

Johann Hari is also the author of Lost connections and Chasing the Scream. Stolen Focus available in the Daily Maverick Shop where Maverick Insiders can use their coupon for a 10% discount.