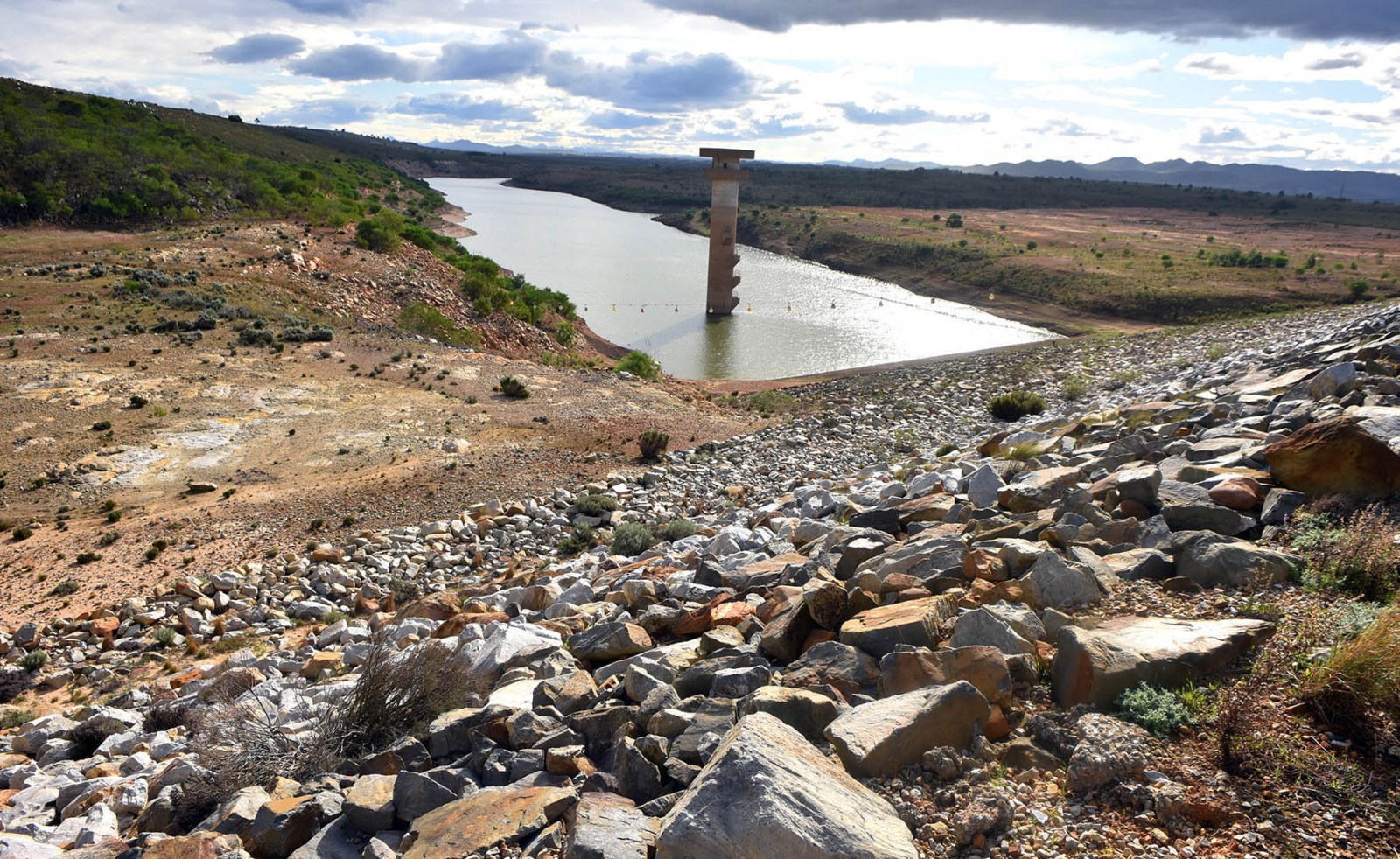 Water could no longer be extracted from Impofu Dam in Nelson Mandela Bay owing to low water levels on 14 June 2022. (Photo: Deon Ferreira)

After a late-night meeting on Thursday an emergency water plan was activated for Nelson Mandela Bay, along with some water-collection points, after it was decided to severely restrict extraction from the last big supply dam to prevent it from failing.

The team leader and chairperson of the Amatola Water Board, Pam Yako, recommended to the committee that Churchill Dam’s supply be restricted immediately to reduce consumption and prevent the dam’s failure owing to over-extraction.

More than 200 residential and industrial areas, including those with clinics and hospitals, will be affected by the new restrictions – but only nine of the envisaged 24 water-collection points are ready at this stage, and will only be activated tomorrow.

Unofficial rainfall figures released early on Friday show that between 22mm and 110mm fell in the Kouga Dam catchment area, and 55mm in the Kareedouw area, which is the catchment for the Impofu and Churchill dams and from which the metro gets most of its water.

The metro is not extracting water from Impofu Dam because a low-level barge pump is being relocated. Once the barge is ready, the dam will begin yielding 30 million litres per day once again.

Over the past week, Churchill Dam had been making up most of Impofu Dam’s shortfall and is now seriously depleted.

The recommendation, which was not opposed by the political parties present, means extraction from Churchill Dam will be reduced from 60 million litres per day to 25 million.

“By reducing consumption, it is anticipated that the Churchill Dam will be able to last for another five days, otherwise it will run dry by 28 June 2022,” a statement by the City’s Joint Operational Committee and Yako said.

“This will have an impact on the southern and western suburbs of Nelson Mandela Bay, including parts of New Brighton and Kwazakhele,” committee spokesperson Luvuyo Bangazi said.

Bangazi explained that initially nine of the 24 communal water-collection points would be activated to operate 24 hours.

“These measures will go into effect on Saturday, 25 June and are expected to last for at least seven days.”

The metro was increasing the city-wide installation of water-demand control systems and users were encouraged to cut consumption to below 50 litres per person per day.

Benghazi said 1,309 water leaks have been repaired in the past three days to clear a backlog of 3,000. DM/MC