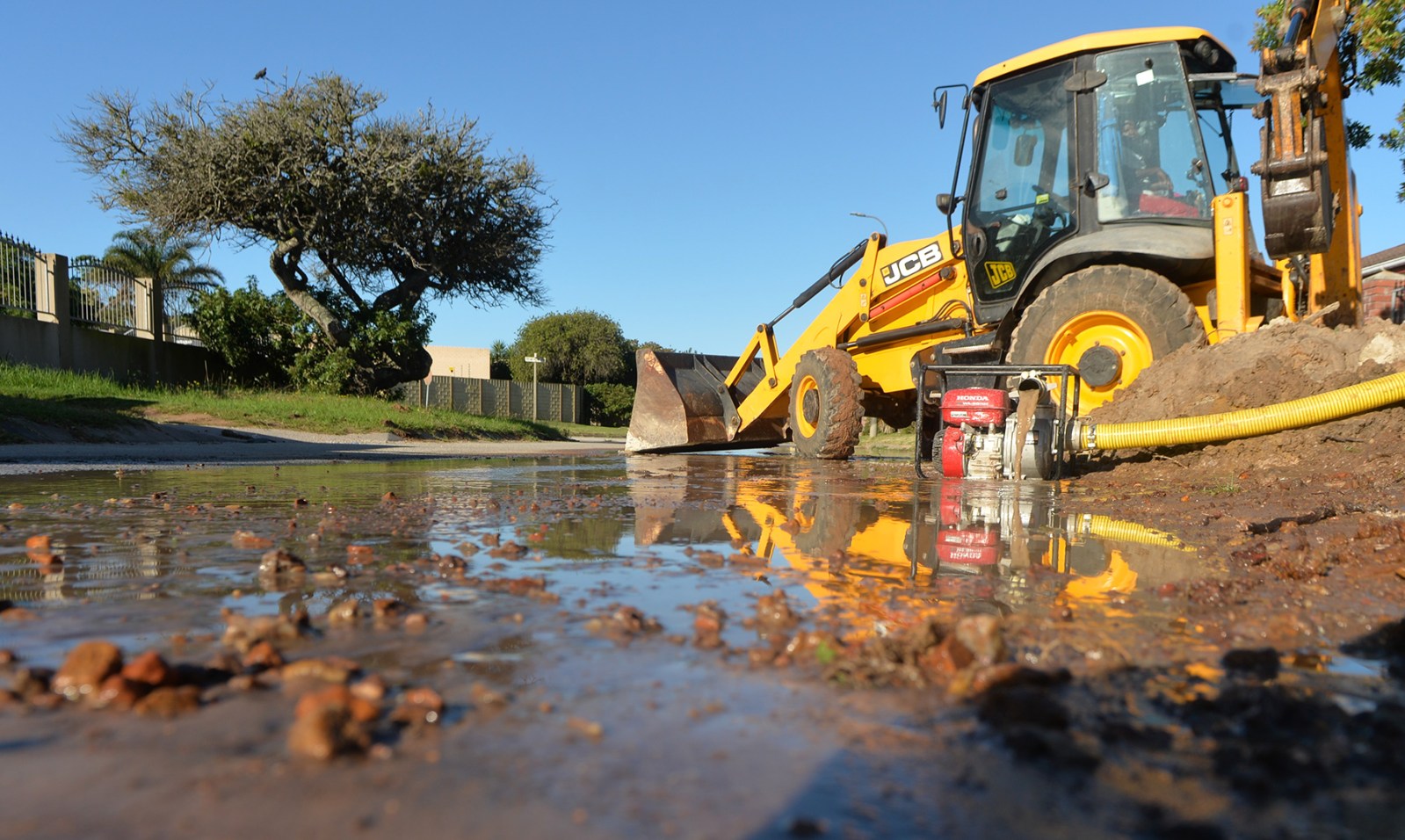 Plumbing teams from drought-stricken Nelson Mandela Bay have been set the task of fixing more than 3,000 water leaks by Friday. (Photo: Deon Ferreira)

With less than a week of water left in the dams, the Nelson Mandela Bay metro has called every plumbing contractor on their books, giving them five days to fix more than 3,000 leaks in a city that will soon run out of water.

The Nelson Mandela Bay metro has called in all the plumbing contractors on its books in a race to fix 3,000 leaks by Friday in a desperate attempt to stop 40% of the city from running out of water.

The spokesperson for the Joint Operations Committee dealing with the crisis, Luvuyo Bangazi, said the water department’s Barry Martin had dubbed this last-ditch effort a “leaks carnival”.

He urged people to stop filling rainwater tanks with municipal water, saying metro police will be sent after those who do.

“We have received reports from citizens of this happening,” he said.

On Tuesday, Bangazi said the city had used 60 million litres more than it should have.

“The urgent water supply situation is at a point where the metro is now finalising the standard operating procedures for communal water collection points (standpipes) and water tankers.

“These measures would come into effect to provide water for basic consumption needs in affected areas,” Bangazi said.

He said the Churchill Dam had about six days of water left, based on the current location of the barge, and engineers from the metro and the national department are urgently working on relocating the barge to access the remaining water.

According to Bangazi, “contractors are going in en masse” and were given daily and weekly performance targets.

So far, just over 500 leaks were fixed this week —but more than 800 new leaks were reported.

Earlier this month, the metro said their average turnaround time to repair leaks was 10 days. Mechanisms to report leaks have also improved.

Meanwhile, Cape Town mayor Geordin Hill-Lewis said all South Africans are concerned about the water crisis facing Nelson Mandela Bay and the prospect that the metro will run out of water before the end of June.

“On Friday, I wrote to the mayor of Nelson Mandela Bay metro, Eugené Johnson, to offer Cape Town’s technical advice, assistance and disaster management support. The threat of our own potential Day Zero in 2018 is still fresh in the memories of Capetonians as we too faced a devastating multi-year drought.

“Thankfully we avoided this, and we have learnt many valuable lessons from that crisis. In the hope that there is still time to avoid the worst in Nelson Mandela Bay, the City of Cape Town would like to offer our help.

“We will gladly make a team of our Disaster Risk Management officials, as well as technical and engineering teams, available to assist in whichever way possible,” he said.

“This will be in the best interest of our residents and can assist in avoiding a looming humanitarian crisis. The City of Cape Town successfully avoided Day Zero in 2018 and is the ideal partner to share best practice with in this time of need.

“The offer of technical advice, assistance and disaster management support will be invaluable,” he said.

The region is in the seventh year of a devastating drought, with dam levels reaching critical levels.

While the city can access water from the Nooitgedacht Water Scheme, which brings water from the Orange River and the Gariep Dam, the third phase of the project was not completed in time. As a result, not enough water is being produced to provide water to all users should the dams fail.

Borehole projects that were started years ago are also not yet operational.

Some rain is expected in the region towards the end of the week. DM/MC