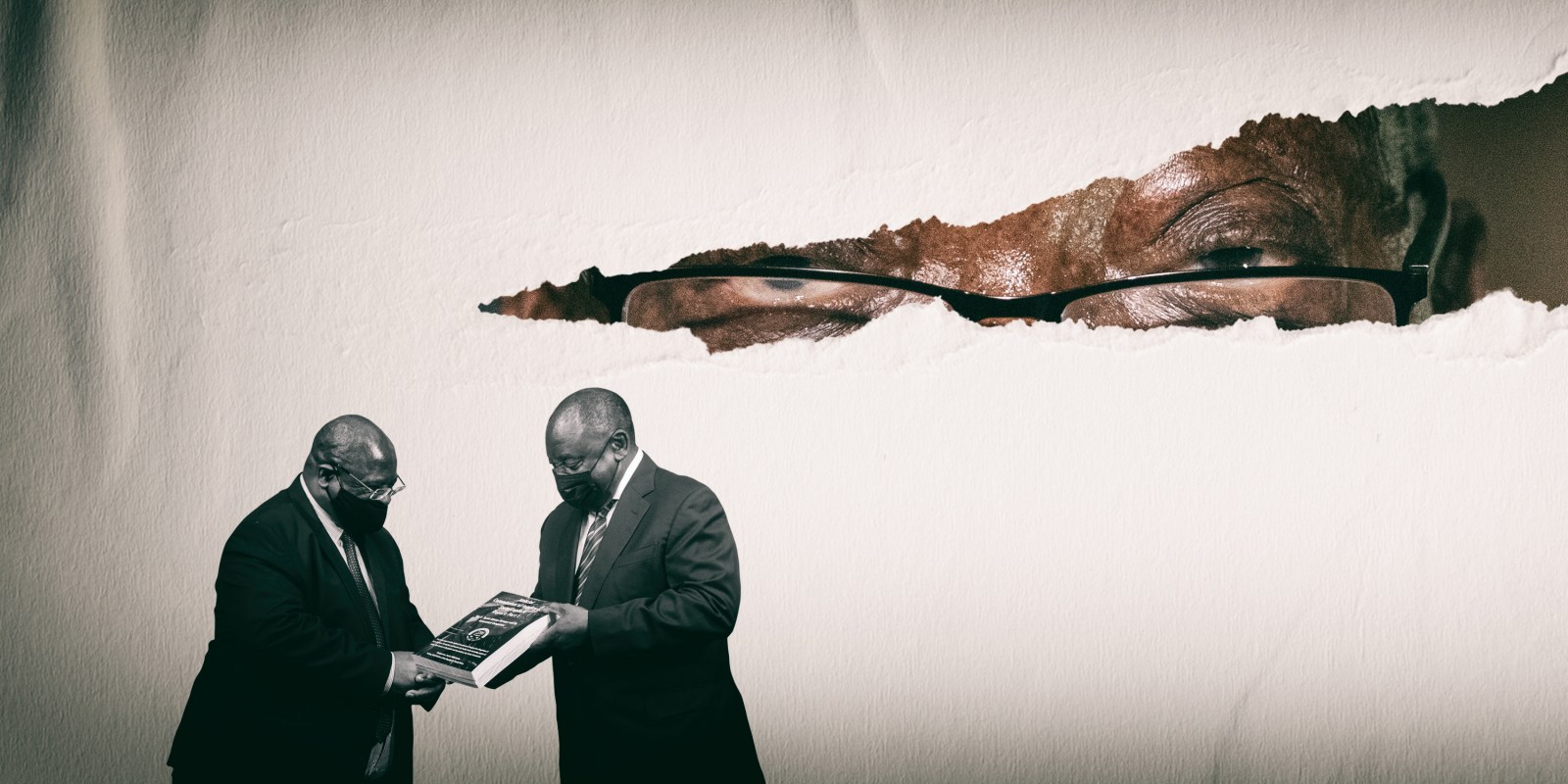 Two days after a court-determined deadline, the Presidency said that it has been assured that the final report of the Zondo Commission into State Capture would be in Cyril Ramaphosa’s hands soon — and thus released to the public.

Two days after the final Part 5 report of the Zondo Commission was due to be delivered to President Cyril Ramaphosa, the Presidency announced on Friday morning that it has not yet received the report. Relaying the news over Twitter, Presidency spokesperson, Vincent Magwenya said the Commission secretariat had also not confirmed the time and date of delivery.

On 28 April, the high court in Pretoria granted a six-week extension to complete the final report of the Zondo Commission, giving the Commission until midnight on 15 June to deliver the report.

This was the seventh extension permitted to the Commission, and it came after commission chair and Chief Justice, Raymond Zondo filed an urgent court application, which was unopposed, and meant that the final State Capture report was due latest by 15 June.

As Daily Maverick’s Rebecca Davis reported here, in his application for an extension to the high court, Zondo stated that the final Part 5 report would include topics such as the Guptas’ landing at Waterkloof air force base in 2013, and the capture of the State Security Agency (SSA), the SABC and the Passenger Rail Agency of South Africa (Prasa).

Part 4 of the report was originally expected at the beginning of April, but was only released on Friday, 29 April, following its official handover to the Presidency.

In line with the high court order, the final Part 5 report was supposed to be delivered into the hands of President Cyril Ramaphosa by Wednesday 15, June. However, by Friday, 17 June the President had still not received the report.

On Friday morning, newly appointed spokesperson to President Cyril Ramaphosa, Vincent Magwenya tweeted: “The President has not yet received the Zondo Commission report. The commission secretariat has not confirmed the time and date of delivery. However, President Ramaphosa has been assured that the report will be released soon.”

President Cyril Ramaphosa needs to review the findings and report back to Parliament within four months after receiving the report from the Zondo Commission.

The President has not yet received the Zondo Commission report. The commission secretariat has not confirmed the time and date of delivery. However, President Ramaphosa has been assured that the report will be released soon.

Following Magwenya’s announcement that the President has not yet received the Commission’s report, the DA has said it will be writing to the Commission to request that the reasons for the delay be made public.

“[Our] primary concern is that if the report has been completed, it must be released to the public without any further delay. The South African public has waited long enough to know the full details of what transpired during the State Capture era.

Parliament and law enforcement agencies have urgent work to do in response to findings of the Zondo Commission, and the delay in the court-mandated deadline for the release of its final report threatens to undermine this entire project,” said DA spokesperson Cilliers Brink.

Speaking to Daily Maverick on the implications of the delay, Executive Secretary of the Council for the Advancement of the South African Constitution (Casac), Lawson Naidoo said that he didn’t think the delay would have an impact on the legal status of the report.

“I don’t think it has an impact on the status of the report… It will still be the final official report of the Commission of Inquiry. But obviously, it is somewhat concerning that the Commission has yet again failed to meet a deadline that it had essentially set for itself, and which was made an order of court,” said Naidoo.

Technically, the Commission is now in contempt of court, said Naidoo — “having it not gone back to court to indicate to the court that [it] would not be able to meet the deadline.

“It would also appear that no explanation has been given to the Presidency either; so it does raise serious question marks about the Commission itself and its failure to abide by a court order,” Naidoo told Daily Maverick.

He added that, to its credit, the Commission of Inquiry has always been “a very open and public process” and therefore has a responsibility to the public who are eagerly awaiting this final Part 5 report to provide reasons why it was not submitted when it was due.

Daily Maverick sent queries to Secretary of the Commission Prof Itumeleng Mosala and Commission spokesperson Rev Mbuyiselo Stemela but a response had not been received by the time of publication. Comment will be added once received. DM