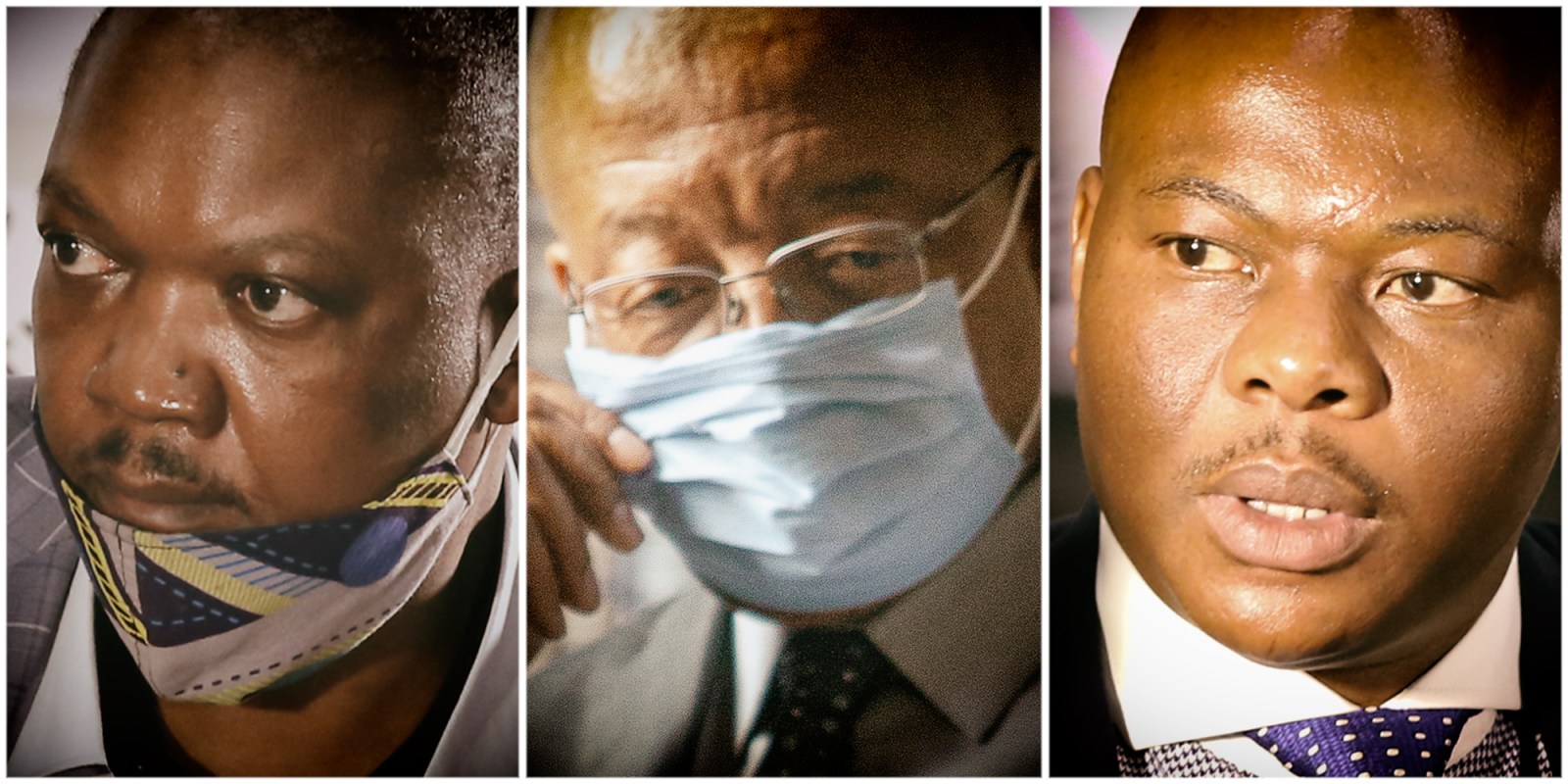 The State Capture Commission’s fourth report, released on Friday, has recommended that the National Prosecuting Authority (NPA) consider criminal charges against controversial businessman Edwin Sodi, Nthimotse Timothy Mokhesi, the former Free State head of human settlements, and Thabane Zulu, who was director-general in the national Department of Human Settlements, for their roles in the asbestos eradication project in the Free State.

The report made no recommendations against former Free State premier Ace Magashule, who is facing charges of corruption, fraud, theft and money laundering alongside 15 co-accused, including Zulu, Mokhesi and Sodi, for their roles in the asbestos contract.

The report also recommends that the government obtain a legal opinion on whether it would not be able to successfully recover the money paid to the Blackhead Consulting/Diamond Hill Joint Venture regarding the asbestos eradication project “which made a misrepresentation” of its ability to do the job.

In 2014, a project was undertaken by the Free State department of human settlements to identify all the houses provided by the provincial government that had roofs containing asbestos. Once identified, removing asbestos would begin.

The project was undertaken because asbestos poses serious health hazards to the lungs. In 2020, when Daily Maverick visited Free State residents who had suffered from lung issues because of the asbestos in their homes, many of them weren’t aware that it was causing them to fall ill, nor were they aware that there was a provincial project to remove it.

The provincial human settlements department set aside R255-million for the project after it had received and approved an unsolicited proposal from the Blackhead Consulting/Diamond Hill Joint Venture.

“This was done without following any competitive process. The Department paid about R255-million to the Joint Venture but ultimately no asbestos was removed from the roofs of houses. It turned out that this Joint Venture was not even qualified to undertake the removal of asbestos despite the fact that they had told the Department in their proposal and in the Service Legal Agreement that they signed with the provincial department that they had the qualifications, skill, expertise and experience required for the job,” reads the report.

Sodi had paid R650,000 towards the purchase of a property for Mokhesi. The commission wrote: “The commission is satisfied that this payment was made as a reward or inducement or both” for the asbestos contract.

The commission said it was clear that Mokhesi was central in awarding the contract to the Blackhead Consulting/Diamond Hill Joint Venture.

“However the investigation did not look into the question of why it was that the MEC of Human Settlements at the time did not realise that there was a problem with this project and intervene to prevent millions of taxpayers’ money from being thrown down the drain,” reads the report.

Mosebenzi Zwane: I flew with the Guptas due to a throat condition, but I never asked anyone for favours

Although the report makes no recommendations against Magashule, it does say it is clear that Magashule and the MEC for human settlements did not intervene.

The report recommends further investigations with a view to possibly prosecuting Mokhesi for possible corruption for his decision to enter into the agreement with Blackhead Consulting/Diamond Hill.

It is also recommended that further investigations should be undertaken for possible prosecution for breaching provisions of the Public Finance Management Act.

The State Capture Commission investigators found that Sodi had paid  R600,000 directly into the account of a Ballito car dealership in December 2015. The reference for the payment was “TZ” and it is common cause that that was a reference to Thabane Zulu.

When he appeared at the commission in 2020, Sodi said the money was because he owed Zulu for alcohol he had purchased at his entertainment venue outside Pietermaritzburg.

As to how Sodi’s alcohol tab cost hundreds of thousands of rands, Zulu told the commission it was because Sodi would host parties for “dignitaries” at his home in KwaZulu-Natal. “Instead of taking the money I decided to instruct him to deliver the money where I wanted it,” he explained.

The commission was not convinced by Zulu and Sodi’s story. In the report, the commission writes: “[The R600,000] may well have been a bribe or reward to Mr Zulu for his role in facilitating the award of the asbestos contract”.

The commission’s report recommended that criminal charges relating to corruption or any other applicable crime should be pursued against Zulu for the R600,000 Sodi paid.

Housing project was a ‘dismal failure’

In another investigation into Free State State Capture, outlined in the same volume, the inquiry found that in 2010/11 the province spent R1-billion on a housing project. It heard from Mokhesi how his department had made an advance payment of more than R500-million before anything was done.

The report described the housing project as a “dismal failure”. A number of factors led to this failure. One was that Magashule had announced that bigger RDP houses would be built even though he hadn’t consulted with the Department of Human Settlements. Contractors who were appointed to build 40m2 houses, were expected to build bigger houses at the same cost, which caused difficulties.

Officials decided to pay contractors in advance, despite being advised that it was illegal to do so.

Mosebenzi Zwane, who was the MEC for human settlements, “failed to provide proper provincial leadership” with regard to the R1-billion housing project, wrote the commission.

The report said Magashule should have ensured that Zwane – who is former Minister of Mineral Resources- faced the consequences for the housing project, but instead he made Zwane the MEC for agriculture, “where he continued with his dismal performance”, which resulted in the Estina/Vrede Dairy Farm debacle.

The report criticised Magashule for not monitoring projects and not holding Zwane accountable.

The report recommends that more investigations should be undertaken for possibly prosecuting Moses Mpho Mokoena, the head of the Free State’s department of human settlements in 2010 and 2011.

It also recommends that other officials, including Zwane, should be investigated with the possibility of prosecution for their roles in the approval and implementation of the advance payment scheme. DM