Prasa tells of plans to relocate land occupiers on Metr... 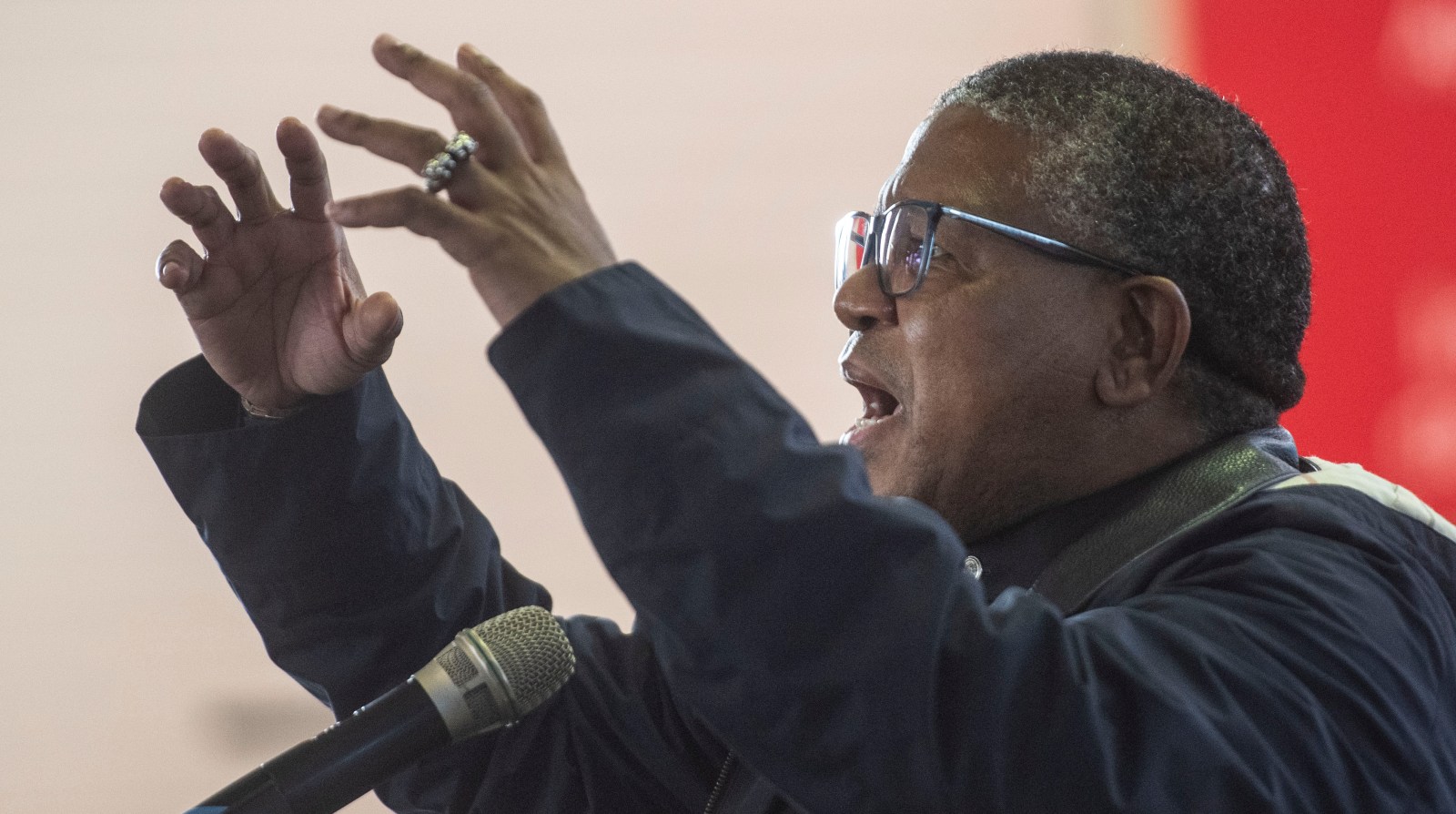 The land occupiers have been on the Central Line at Langa station since 2016 and their number increased to more than 1,000 during the Covid-19 lockdown.

The Passenger Rail Agency of SA (Prasa) plans to run a limited service from Langa to Bellville by the end of July as the entity gears up to relocate people living on the tracks on Cape Town’s Central Line.

On Thursday, Transport Minister Fikile Mbalula, along with others including Prasa officials Leonard Ramatlakane and David Mphelo, Cape Town city councillors Malusi Booi and Roberto Quintas, and Western Cape MEC for Mobility Daylin Mitchell, held a community meeting at the Langa train station with land occupiers who are living on railway tracks on Cape Town’s Central Line and are in the process of being relocated with the help of Prasa.

This was Mbalula and the Prasa team’s second visit to the land occupiers. Following a meeting in May in Philippi, Mbalula promised to return with the human settlements minister, as well as other role players in the relocation process, to explain to the community how the process would work.

The land occupiers have been there since 2016 and their number increased to more than 1,000 during the Covid-19 lockdown.

When Prasa wanted to reopen the Central Line, of which Langa is a key station, the land occupiers had encroached on the railway line.

In 2021, Prasa announced it would seek a court order to remove them. In July 2021, this was granted with an eviction date scheduled for November that year. However, just days before the deadline, Prasa was granted an extension to July 2022 to remove the occupiers.

During the meeting, Phumlani Mbulawa, the HDA’s Western Cape development manager, said a piece of property that the agency bought had been allocated for the occupiers. The land covered about 3.7 hectares. “For people who play rugby or soccer, that is eight fields,” Mbulawa said.

Just over 1,000 people will benefit from the relocation process. The land identified currently has sewer problems, which are being worked on with the City of Cape Town.

Mbulawa said that during the relocation process the Langa occupiers would move onto the land first, followed by Khayelitsha rail occupiers, and then those who occupy the tracks in Philippi.

At a previous meeting, Mbalula said the land parcel location was being kept quiet to prevent a land occupation from taking place there.

Mbalula said a social compact with the community would be signed once the community and the government agreed on each other’s terms.

Prasa and Mbalula are on a mission to fix the Central Line, including the removal of the occupiers, to run a full service, something that last occurred in 2019. In February 2021, the first train since November 2019 departed from Cape Town to Langa station. Because of vandalism, theft of infrastructure and the land occupation, trains on the Central Line cannot move past Langa station.

The Central Line once ran from Cape Town to stations including Khayelitsha, Mitchells Plain, Bishop Lavis, Philippi, Nyanga, Bonteheuwel and Belhar – some of the city’s poorest suburbs. The service stopped in November 2019 after extensive vandalism, theft and arson.

After the community meeting, Mbalula went to the Bontehuewel split on the Central Line, where on Tuesday two Prasa security guards were shot while on duty.

On Thursday, Prasa confirmed that one guard was shot in the head while the other was shot in a leg. Both are recovering in hospital.

Metrorail Western Cape official Raymond Maseko said the agency was fixing the stations in the Bellville-Langa split, with work at four of the seven stations completed. The stretch between Lavistown, Bonteheuwel and Langa station was still being repaired, with a reopening time frame of the end of July.

Maseko said the agency was working towards getting a minimum service running between Bellville and Langa by the end of July, a claim that Mbalula repeated.

During an impromptu meeting with the Prasa leadership and Mbalula, Maseko made a startling claim: that the “leadership of kwaLanga” said if there was no movement on relocating the land occupiers by 26 July, “there will be no trains, we will burn the trains to derail the programme”.

Maseko told Mbalula that community leaders felt Prasa officials had no credibility when it came to issues of land. Maseko said that by appearing before the community, Mbalula had removed a “rock” by assuring the community that the relocation process was in motion.

Loyiso Nkohla, a community leader working with the Langa occupiers, told Daily Maverick it was not true that the land occupiers said they would burn trains.

“The communities wanted a guarantee that they will not be dumped on the rail after agreeing to let the trains move,” said Nkohla.

A meeting will be held next week with community leaders to discuss the social compact, said Nkohla.

Prasa wants to run a service to Khayelitsha by December. After the briefing, Mbalula rushed off to Parliament to hear the Presidency Budget Vote. DM