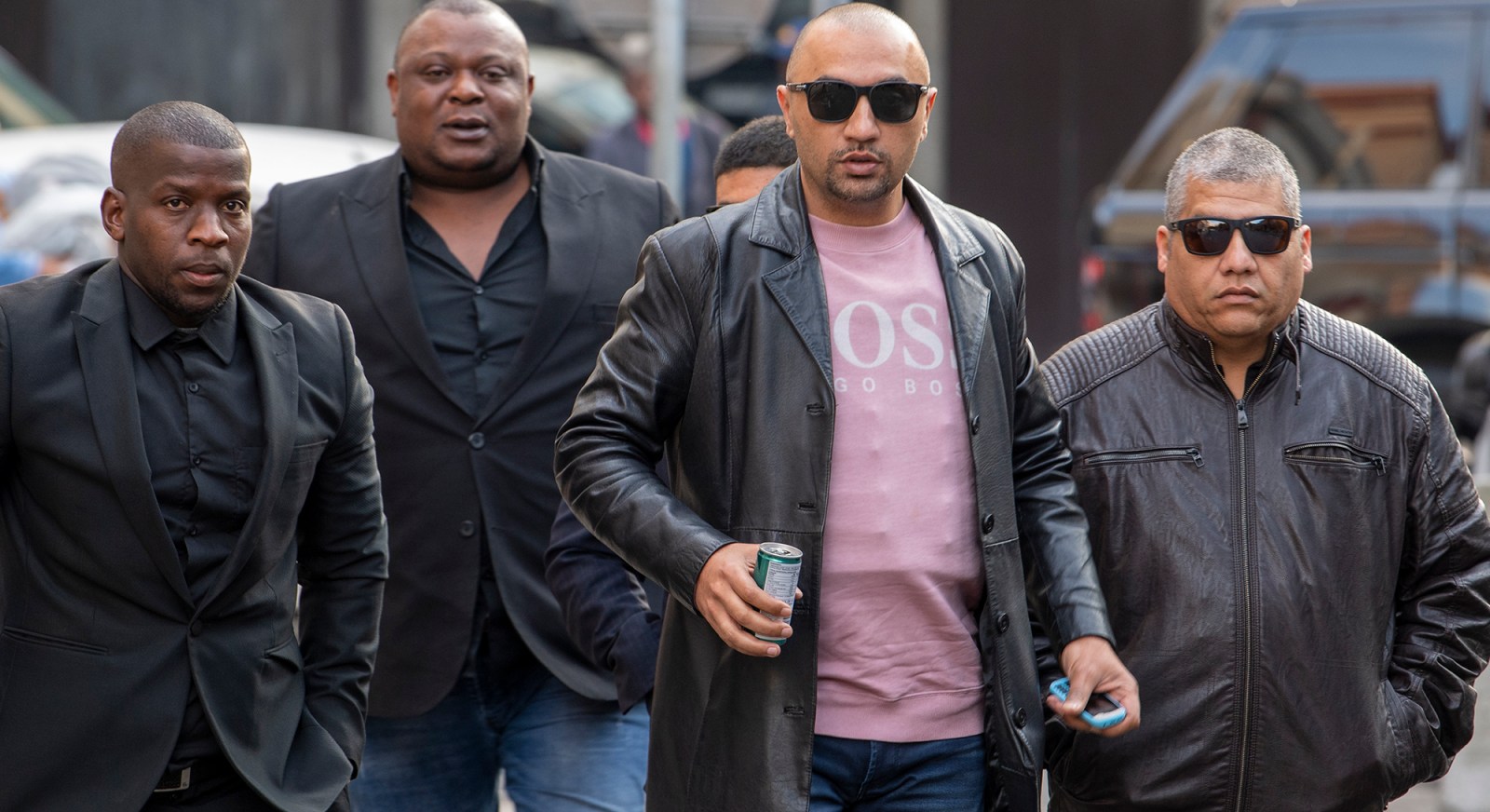 The State has taken a step closer to proving that alleged underworld figure Nafiz Modack headed a criminal enterprise, was involved in racketeering and ordered assassinations.

Brown appeared briefly in the Cape Town Magistrates’ Court on Thursday. He is charged with racketeering, conspiracy to commit murder, attempted murder and the illegal possession of a firearm and ammunition. The charges stem from the failed attempt on Booth’s life on 9 April 2020.

On Monday, 6 June, Brown was back in the Cape Town Magistrates’ Court for his counsel, Sitembisi Nosilela, to go on record. Prosecutor Greg Wolmarans told the court that Brown would appear in the Atlantis Magistrates’ Court on Wednesday, 8 June.

Brown’s name will then be added to the charge sheet as an accused in the murder of Nicolaas Paulus Heerschap, 74, (the father of ex-Hawks Warrant Officer Nico Heerschap) in Melkbosstrand in July 2019.

Another alleged gang member — who cannot be identified because he has not yet pleaded — will appear on murder charges alongside Brown on Wednesday.

The connection with Brown first surfaced during a plea and sentencing agreement of three TWS gang members (Kauthar Brown, Ebrahim Deare and Riyaad Gesant) entered into with the State in April 2021. The trio admitted that the attempted murder of Booth had been ordered by their imprisoned leader.

At that stage, Brown’s identity was not revealed. But it was the plea and sentence agreement which hitman Abongile Nqodi entered into with the State on 8 April 2022 that connected the dots and implicated Brown.

Nqodi’s plea and sentence agreement showed that an alleged connection existed between the TWS gang and Modack.

In the agreement, Nqodi admits he is a 28s gang member and a member of the TWS that operated in Woodstock, Eersteriver and Heideveld at the time of Heerschap’s murder.

In his agreement, Nqodi said: “I conspired on 8 July 2019 with Moegamat Toufeeq Brown, Ziyaad (surname unknown, believed to be Brown’s cousin), Riyaad Gesant, Fagmeed Kelly and Mario Petersen to murder a male person in Melkbosstrand. The gang would have received a R60,000 reward for the hit of this male person.”

Nqodi also sets out Brown’s alleged involvement in the murder, saying that on the morning of 9 July 2019, he and Gesant, Kelly and Petersen drove in a black/charcoal Mercedes Benz that Brown and Ziyaad had given them for the purpose of committing the murder.

Because of the plea agreements and Modack’s alleged connection with the two gangs, the State contends that Modack ordered these gang members to carry out hits on Booth, Kinnear and Heerschap.

All these charges will be added to the combined final indictment, with Modack as the main accused, before the matter goes to the Western Cape High Court for pre-trial purposes.

Brown is back in the Atlantis Magistrates’ Court in connection with the Heerschap murder on Wednesday. DM