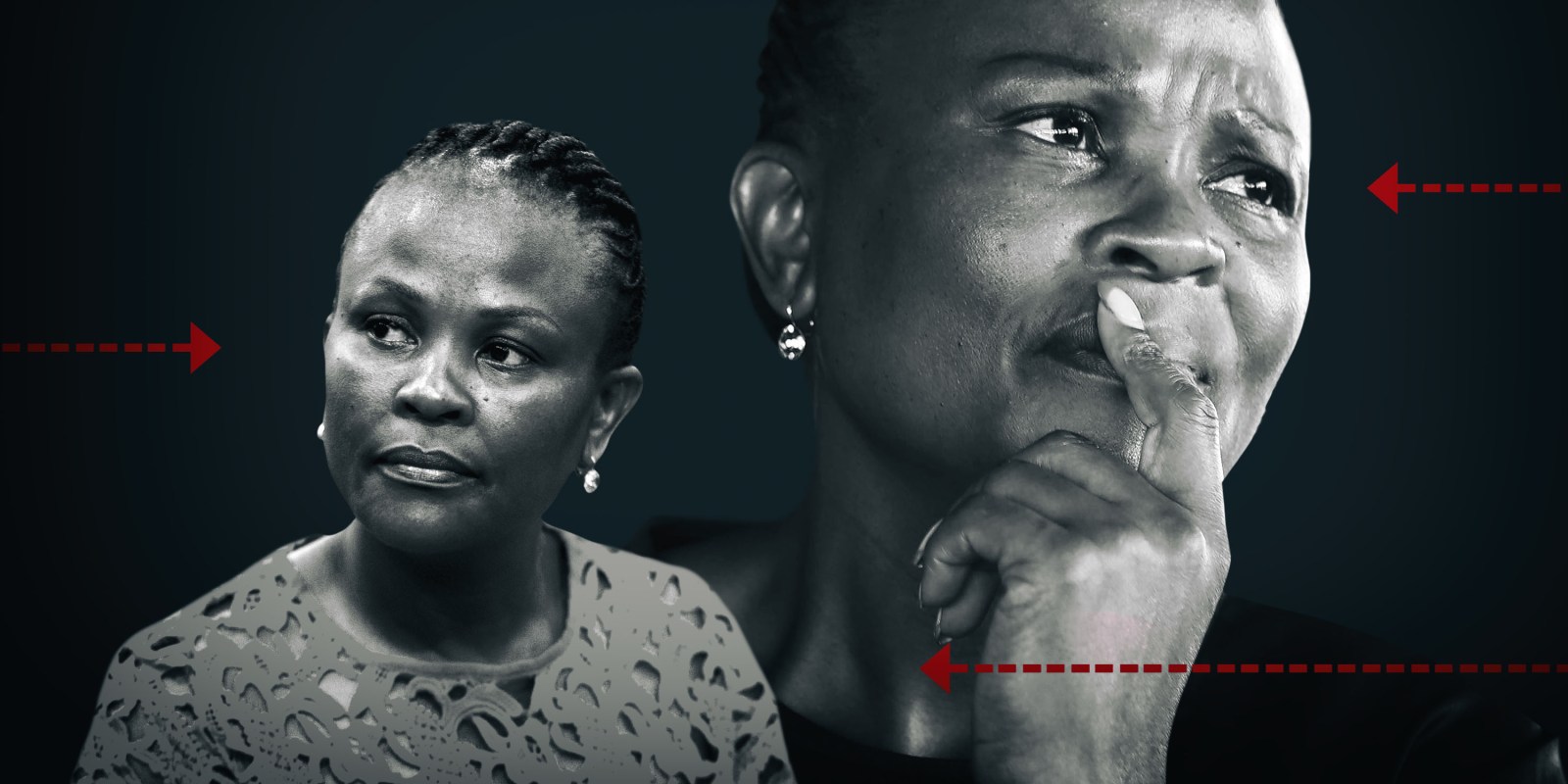 Judge Koovertjie found that a “reasonable bias” existed with the appointment of Vusi Dlamini by Mkhwebane as an investigator in the matter. Dlamini had previously worked with Crime Intelligence (CI) operative Cedrick Nkabinde (more about him later), who had lodged the original complaint with the PP.

The court also found that the PP’s remedial action should be set aside on the basis of “procedural unfairness” and irrationality in law, in that Mkhwebane had failed to invite the applicants to make representations.

The PP’s Office and Mkhwebane were ordered to pay the costs of the application.

In her 2019 report, Mkhwebane found that Ipid failed to follow proper procurement processes in relation to the appointment of Thereza Botha, who had been employed as deputy director of the National Specialised Investigation Team (NSIT).

She found that McBride and other Ipid employees had contravened various provisions of the Constitution relating to the Public Finance Management Act as well as Treasury and supply chain management regulations, and should face charges.

During its lifespan, the NSIT, established by McBride in 2015, tackled the notorious North West “torture team” led by Jan Mabula (now facing charges), and investigated the acting commissioner, Khomotso Phahlane, as well as at least 10 other senior SAPS members allegedly involved in procurement fraud amounting to billions.

Ipid was instrumental in blocking the attempt by SAPS Crime Intelligence in 2017 to illegally procure a listening device at the inflated cost of R45-million before the ANC’s elective conference at Nasrec.

In March 2020, Ipid investigator Mandla Mahlangu, who was due to testify in an internal Crime Intelligence investigation into a “jobs-for-favours” racket, was murdered on his farm.

The alleged hitman, Khumbulani Sithole, was arrested a while later and allegedly confessed to investigators that he had been paid by the police to assassinate the investigator.

Mkhwebane was prompted to institute the investigation after a complaint by a former Ipid employee-turned-CI operative Cedrick Nkabinde.

Nkabinde, before he was suspended from Ipid in May 2018, was the principal investigator in a case against the amazingly elusive criminal fugitive and CI operative, Captain Morris “KGB” Tshabalala. Tshabalala was arrested in January 2018 for allegedly defrauding CI of a more than R50-million budget allocated to him during the ANC’s 2012 elective conference in Mangaung.

Nkabinde offered later to testify in Tshabalala’s defence but failed to arrive in court on the date. It was also Nkabinde who wrote to Minister Bheki Cele with regard to the non-renewal of McBride’s contract as executive director of Ipid.

Mkhwebane had initially failed to disclose that Nkabinde had been the complainant and only revealed this crucial fact later in court papers.

Mkhwebane’s investigator Vusi Dlamini was a former colleague of Nkabinde’s and had been in contact shortly before the complaint had been lodged and then again thereafter.

The Ipid investigators have paid a huge personal cost for the relentless assault in the form of suspensions, trumped-up charges (the notorious Zimbabwe rendition), transfers to remote areas and death threats.

The investigative journalist Daneel Knoetze of Viewfinder has done extensive research into Ipid’s dysfunction, not only at senior level but also through the ranks when it relates to police corruption or abuse.

Knoetze wrote that two former high-ranking Ipid officials had warned that the suspensions carried “the hallmarks of political interference aimed at thwarting the police watchdog’s investigation of alleged corruption within police management”.

“The real reason behind any suspension would be to purge [former Ipid head Robert] McBride’s people. Sesoko presents a real danger to senior police officers close to Cele and to Cele himself,” Knoetze quoted one former official as saying.

Sesoko is currently seconded to the NPA’s Investigating Directorate, while Botha, now Thereza Heather-May Kunneke, has resigned. Her expertise is lost to the public service. DM