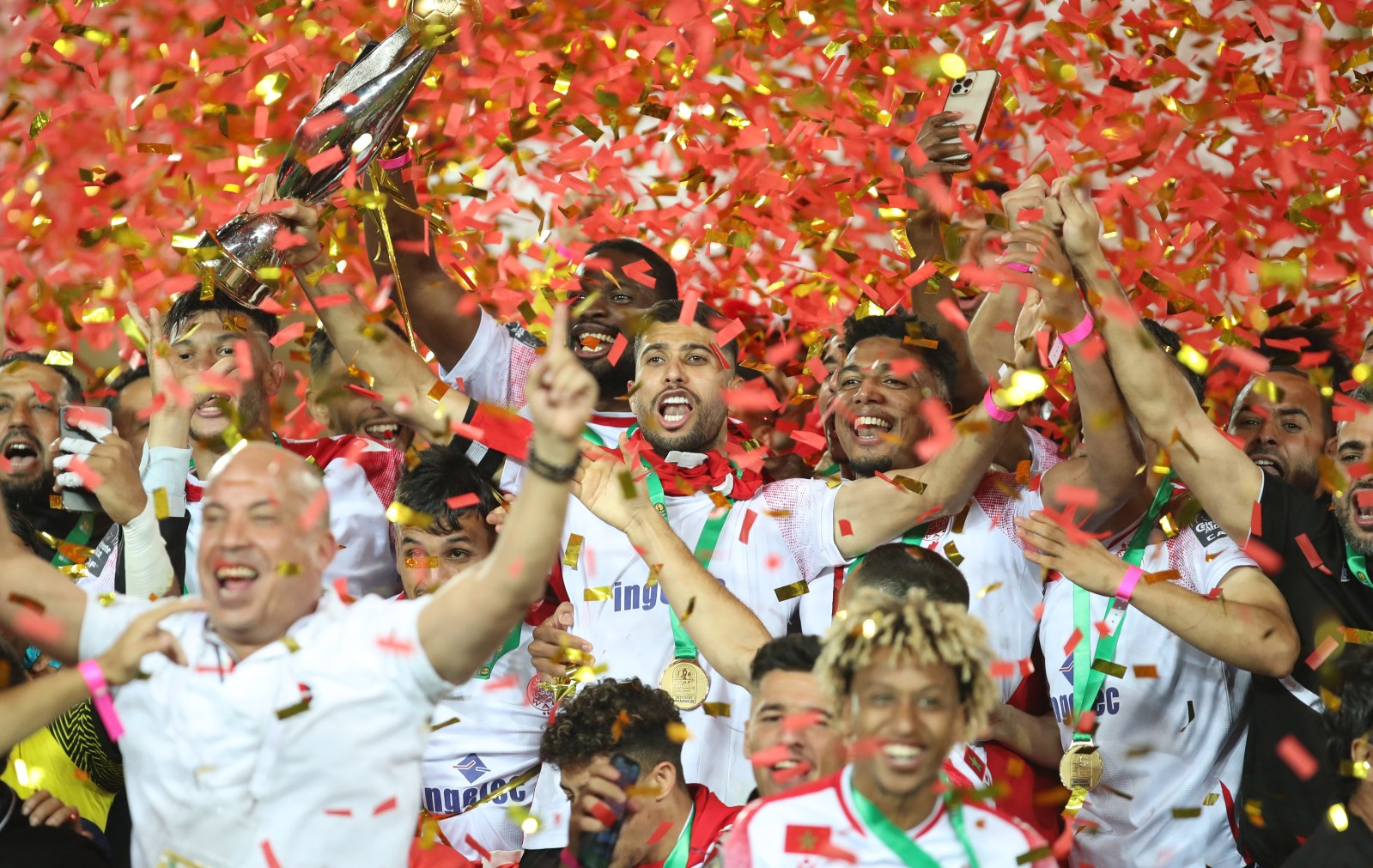 Al Ahly was denied the opportunity of winning a third Caf Champions League title in a row after losing 2-0 to Wydad Casablanca on Monday. The result hands the South African coach’s detractors more ammunition against him.

Retired Ahly players such as Wael Gomaa and most recently, former forward Taha Ismail, have taken turns offering up their thoughts on how Mosimane is not the best fit for the record African Champions.

Al Ahly’s latest defeat — a 2-0 loss to Wydad Casablanca of Morocco in the Caf Champions League final — will hand the former Bafana Bafana coach’s detractors more ammunition against him.

Zouhair El Moutaraji scored a precious double, including a rocket of a strike to open his account on the quarter-hour mark. The blow seemed to leave Mosimane’s men winded. For all their possession, the Red Devils were just not threatening enough on the night.

This was evidenced by the fact that the team’s first shot on target only came after 73 minutes. By then, Wydad had already doubled their lead through another El Moutaraji goal early in the second half.

There was a surge by the Egyptians to mount a comeback in the last 10 minutes of the game. However, Wydad’s resolute defending at a raucous Mohammed V stadium in Casablanca, as well as their thousands of laser-toting fans — ensured that the Moroccans clinched their third Champions League title.

Coincidentally, their second African title also came against the same opponents, in 2017.

“We let them have the ball and we knew that they would send balls upfield to Percy Tau. So, we focused on controlling him,” Wydad coach Walid Regragui said after the match.

“The game was very tough but we produced a strong performance and deserved to win.”

While Walid and his Wydad contingent are on cloud nine, Mosimane will likely have to fend off more criticism from former Ahly players in the near future.

This is despite his impressive trophy haul at the club — which includes back-to-back African titles, domestic silverware, and an African Super Cup triumph. In addition, the team has claimed two consecutive Club World Cup bronze medals under Mosimane’s tutelage.

The three-time Champions League-winning coach had been one of those vehemently vocal in their criticism of the Confederation of African Football’s (Caf) decision to hand hosting rights for the final to Morocco — for the second year in a row.

The Egyptian displeasure with the decision was amplified when Morocco’s Wydad were confirmed as finalists after beating Petro Atlético in the last four.

“We can only talk about winning or losing when we play on a neutral ground and when both sides have an equal number of fans. I think those who were behind this decision [to host in Morocco] are happy,” said Mosimane.

“In addition, the ball boys wasted a lot of time while returning the ball. This happened because Al Ahly was playing the match on the opponent’s court, it was natural for Wydad to win in all these circumstances.”

No matter the reasons Mosimane may offer up for his team falling short at the final hurdle, the critics will once again be queuing up to take a swipe at the 57-year-old.

However, if there is anyone who can handle being criticised and the pressure that comes with being in the hot seat of the Red Devils, it is Mosimane. The coach, who can dish it up just as well as he can take it, recently reassured Ahly’s faithful that they will win the Egyptian championship.

“Good criticism is a source of motivation to me and my players. And if you’re worried about other people winning the league, don’t worry, we’ll beat those people,” the Red Devils’ mentor stated.

The seven-time African champions are currently third on the league table, seven points behind bitter rivals Zamalek — albeit with four games in hand. DM