Qatar sends aid to KZN, where death toll from flooding...

Qatar sends aid to KZN, where death toll from flooding rises to 459 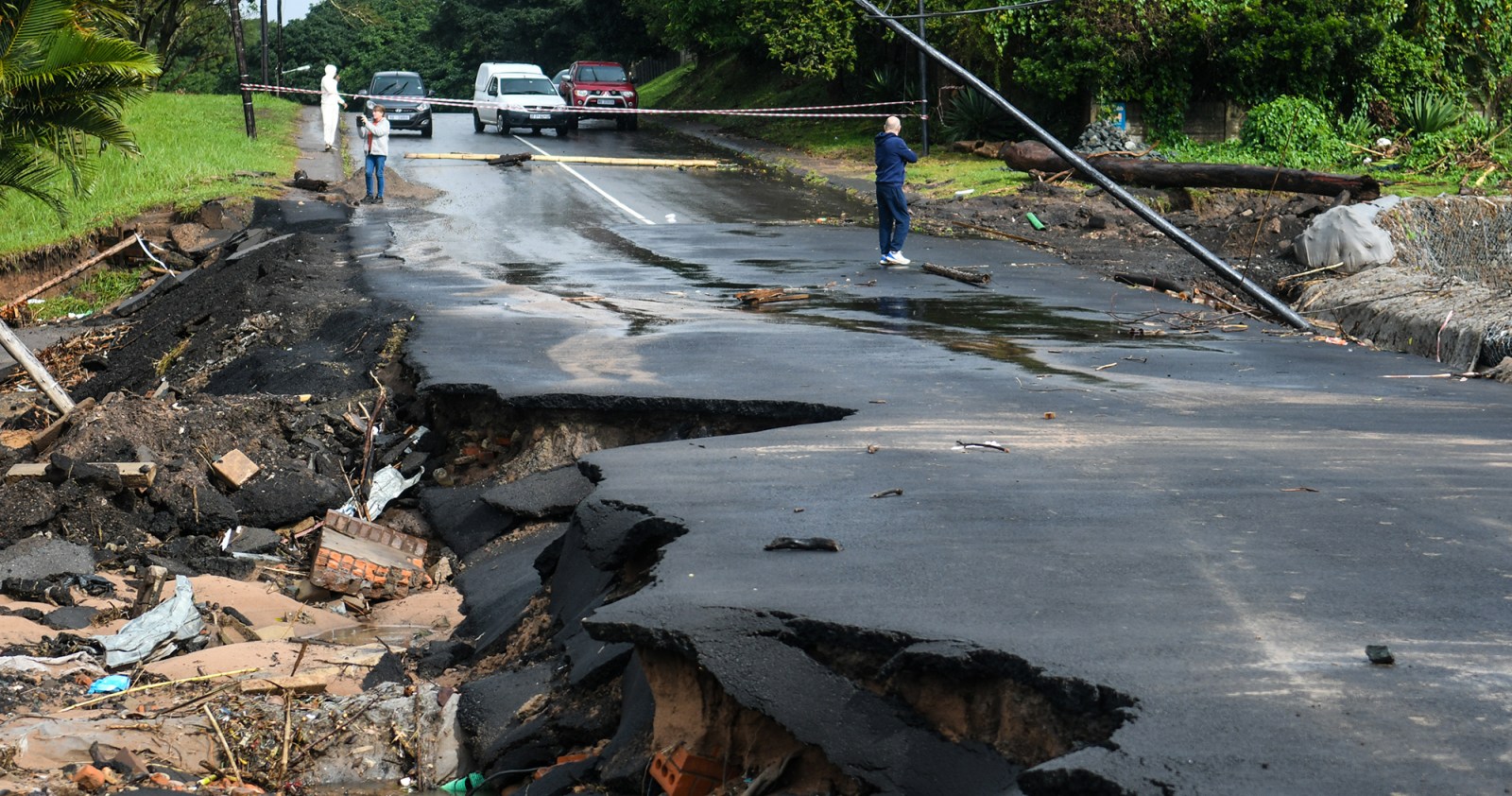 Caversham Road in Pinetown, KwaZulu-Natal on 22 May 2022 after a second flood in the province within six weeks. (Photo: Gallo Images / Darren Stewart)

A cargo plane full of tents, clothing, blankets and ventilators has been sent to support government-led interventions in KwaZulu-Natal after the latest flooding, which has claimed the lives of three people. This brings the combined death toll of both floods to 459 people.

A week after KwaZulu-Natal was hit by another flood disaster, a plane carrying clothing, food and medical supplies donated by Qatar arrived at King Shaka International Airport in Durban.

This evening, a cargo plane carrying humanitarian aid by the State of Qatar, which comprises foodstuff, clothing, and medical supplies arrived at King Shaka International Airport in @eThekwiniM received by 🇿🇦 Government leaders and the 🇶🇦 Ambassador to South Africa #Flooods pic.twitter.com/E3fANN3KjR

Zikalala confirmed that three people had died during the latest flood disaster, which came just six weeks after the floods that wreaked havoc in the province. This brings the combined death toll to 459 people, with 88 still reported missing, the premier said.

Read in Daily Maverick: Umdloti flats collapse — ‘At first it sounded like thunder, but then…’

“As we gather here today, many parts of our province are still reeling from the great loss and pain of devastation caused by two flood waves in rapid succession in April and May 2022. The waves of floods have caused substantial and heart-wrenching damage. Many people have lost their loved ones,” said Zikalala.

Damage to public infrastructure in the province stands at R25-billion. Businesses have incurred damage estimated at R7-billion.

“These costs exclude new ones emanating from the May floods,” Zikalala said, adding that about 45,000 people are temporarily out of work as their places of employment are not operational after the floods.

“Extensive work is under way to restore basic services such as water, electricity, sanitation and waste removal,” he said.

The contribution from the Qatari government “will help lighten the burden of meeting the humanitarian needs of over 4,000 citizens housed in community care centres”, Zikalala said.

Read in Daily Maverick: Displaced KZN flood victims relive the horror of being driven from their homes forever

Work has begun on building temporary residences for affected families on “state-owned land parcels” that have been identified in the province for possible resettlement, the premier said. “We are following the principle of ‘building back better’ that takes into consideration risk-averse planning and development which starts to factor in the impact of climate change on how we plan and live.”

Addressing the media on Sunday, 29 May, Zikalala said houses would be rebuilt “within suitably located areas. We are implementing measures to protect the residents from such adverse weather events in the future.”

Only 131 temporary residential units have been constructed so far, he said, with damage to roads in the province hindering rebuilding efforts.

“The N2 towards uMgababa that was damaged and made it difficult to access areas in the South Coast, was reopened on Friday [27 May]. We successfully constructed an emergency lane in a period of seven weeks.

Construction of the N2 north of Durban after the Gateway interchange was “progressing well and we anticipate opening the closed lane in the next two weeks or earlier”, Zikalala said.

The South African Weather Service has issued a Level 2 warning of strong and damaging winds that could strike the coastal areas of KZN on Monday, 30 May. The affected areas will be eThekwini, KwaDukuza, Mandeni, uMfolozi, Ray Nkonyeni, Umdoni and uMlalazi. DM