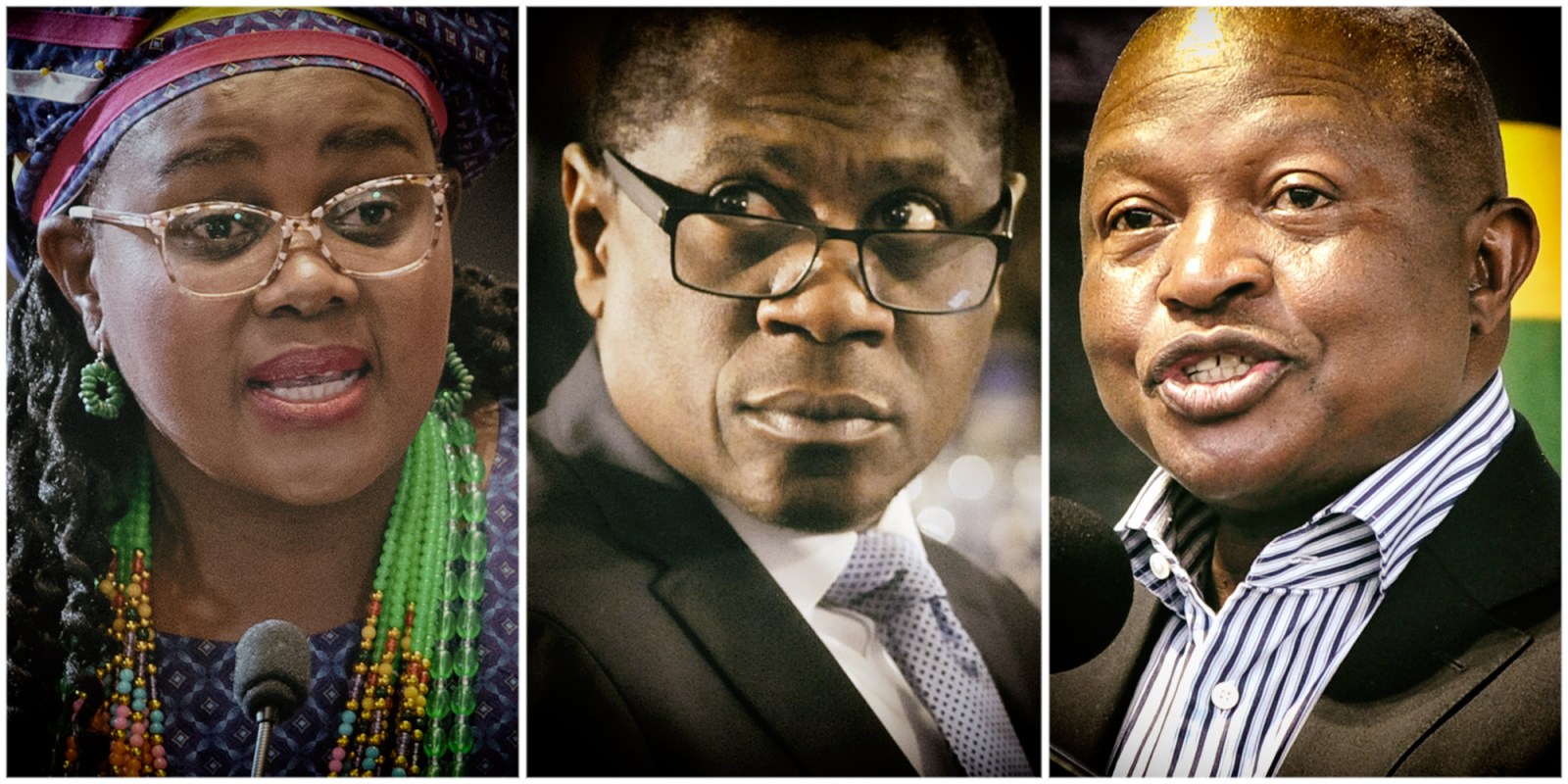 The battle for the deputy presidency of the ANC is in full swing with a number of names being mentioned in the contest for the position at the national conference scheduled for December. Party Treasurer-General Paul Mashatile could be the one to dethrone David Mabuza from the position.

ANC insiders believe the race for the deputy presidency of the party is likely to be divided into three groups: candidates who are staunch supporters of party President Cyril Ramaphosa, candidates who are aligned to the Radical Economic Transformation (RET) faction, and Ramaphosa pragmatists.

This third grouping consists of members who are not necessarily supporters of Ramaphosa, but have decided that he is the only sensible option and will therefore support him, for now.

Former ANC Youth League deputy president Ronald Lamola and ANC National Executive Committee (NEC) member Mmamoloko Kubayi are both aligned with Ramaphosa, but it will be a tough task to beat the party’s treasurer-general, Paul Mashatile.

CR is likely to go uncontested.

Zwelini Lawrence and Lindiwe Nonceba Sisulu likely to opt for No.2 as well.

Mashatile comes into the contest with the upper hand, as he has been working full time at Luthuli House and has been in charge of the administrative arm of the party since taking over the secretary-general’s office. He has immense power in the party as his administrative role gives him the final say on conference verification reports, ranging from regional right up to national level.

He is, however, seen as a Ramaphosa pragmatist and someone who has endorsed the President for the sake of political expediency.

The treasurer-general has a strong political background in Gauteng, which might help him in his campaign and weaken that of Kubayi, who is from the same province. Mashatile was once the chairperson of the ANC in Gauteng and is a former premier of the province. He has served in the National Executive as the arts and culture minister.

Soweto-born Kubayi occupied positions in the ANC Youth League and was a member of the ANC Gauteng Provincial Executive Committee before she joined Parliament in 2009 when she served as the chairperson of the Portfolio Committee on Telecommunications and Postal Services. Before her current role, she served as a minister in five portfolios — health in an acting capacity, tourism, science and technology, energy, and communications.

She was recently appointed to lead the ANC’s subcommittee on economic transformation, succeeding her counterpart Enoch Godongwana. This is an important position in the party which has given her some level of political clout as she now has a say in how the ANC’s economic policy is structured. While this new position has bolstered Kubayi’s political career, it might not necessarily translate to support at the elective conference.

Lamola threw his hat into the ring for the position right at the beginning of the year while the party was celebrating its 110th anniversary, in Polokwane. He appeals to the younger generation in the party which has been yearning to be recognised by senior party officials.

This lobbyist says Lamola’s interest in the position has nothing to do with monetary gains, as he still has his legal practice, Ndobela Lamola Attorneys.

If the party’s current deputy president, David Mabuza, decides not to run, it could boost Lamola’s campaign as they are both from Mpumalanga. Mabuza should, however, not be completely written off. His exit from Mpumalanga provincial politics might have hurt his reputation in the party, but those close to him believe it is too soon to write him off. For now, he has the support of the suspended former Ehlanzeni regional chairperson Ngrayi Ngwenya, who has been adamant that Mabuza must get a second term in office.

On the other hand, the RET faction has been unable to organise itself effectively at this point, with their most prominent leader, Jacob Zuma, engulfed in endless legal battles and suspended Secretary-General Ace Magashule in the middle of his own woes.

At the moment, NEC members Lindiwe Sisulu and Zweli Mkhize have tried to cosy up to the grouping, but there is no clear indication which one would be willing to run for the deputy president position.

A member of the RET grouping acknowledged they were in a tight spot, with not many viable candidates in their camp. The grouping has not yet endorsed either Sisulu or Mkhize and believes that until they are able to reach a conclusion, it would not make any sense to endorse anyone for the deputy presidency.

A political analyst from Nelson Mandela University, Ongama Mtimka, reiterated the need for the ANC to use the upcoming conference as a means to start afresh. He believes this can only be done through the calibre of leadership that is elected to lead the party.

“I think all the leaders of the ANC need to self-introspect and begin to ask themselves what kind of leadership is needed for the ANC to lead beyond 2022 and answer the question from outside rather than the inside out. South Africans will not give the ANC a chance unless they see that it has changed leadership and therefore it can approach the problems it has created in the past in the long period it has been the dominant party.

“If South Africans do not have a sense that the new leadership coming from the 2022 conference is not going to fundamentally transform the party, they definitely are not going to trust them,” he said.

He suggests that the party seeks to elect leadership that is relevant to the current era instead of constantly placing former liberation fighters at the helm.

“It is time that ANC leaders change their focus from ‘my turn to lead, or my turn to eat’ to what is best for the organisation moving forward. I think that is the answer, because then none of them would volunteer to lead, especially those who have been there for a long time.

“It is time for them to give the ANC a new lease on life and a fresh start. In terms of public perception, the fresh start is not going to come from liberation fighters. You need leaders whose claim to fame is achievements in the democratic period more than it is about the great exploit that they want to write home about, about an era that is long gone,” he said.

The party holds its Ekurhuleni regional conference over the weekend. DM