Leadership to blame for illegal parties at UK Johnson's...

Leadership to blame for illegal parties at UK Johnson’s office 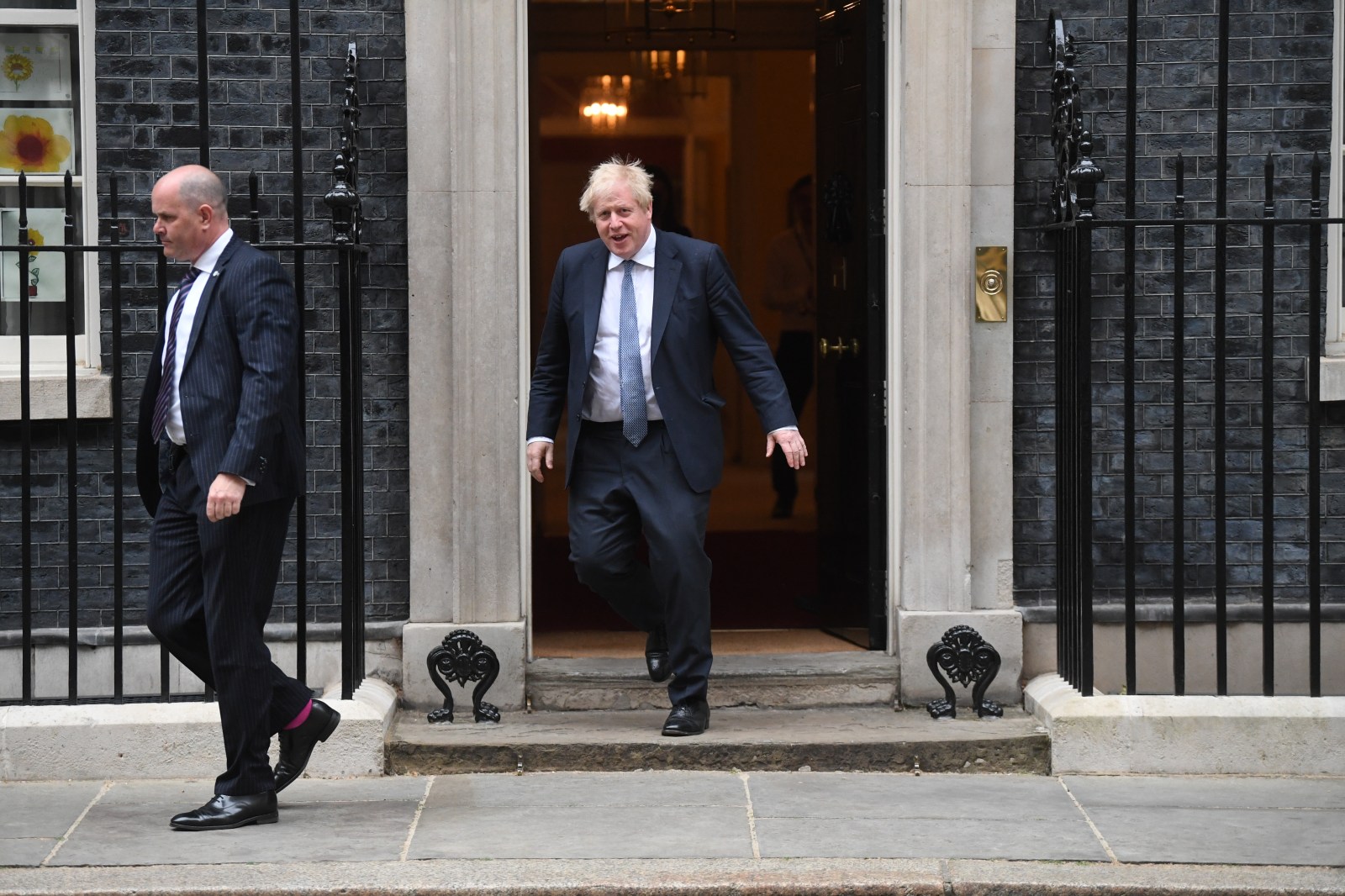 British Prime Minister Boris Johnson (R) leaves Number 10 Downing Street in advance of the State Opening of Parliament in London, Britain, 10 May 2022. The British government is expected to promise to get the country 'back on track' as it unveils its plans for the year ahead in the Queen's Speech. EPA-EFE/NEIL HALL

LONDON, May 25 (Reuters) - Senior leaders at British Prime Minister Boris Johnson's Downing Street office were to blame for a culture that led to illegal parties being held there during coronavirus lockdowns, a report by a senior civil servant said on Wednesday.

The report by senior official Sue Gray was commissioned by Johnson after revelations of alcohol-fuelled parties at Downing Street when social mixing was all but banned under stringent laws his government had made to curb the spread of COVID-19.

“Many of these events should not have been allowed to happen,” the report said. “The senior leadership at the centre, both political and official, must bear responsibility for this culture.”

Gray’s interim findings were published in January, but most details were withheld until the end of a separate police inquiry, which concluded last week with 126 fines handed out.

Both Johnson and finance minister Rishi Sunak were among those fined over a party to celebrate the prime minister’s 56th birthday on June 2020.

Johnson has faced calls from opposition politicians and some in his own party for him to resign after it was revealed both he and officials had broken the rules which meant people could not socialise outside their households or even, in many cases, attend funerals for loved ones.

“Many will be dismayed that behaviour of this kind took place on this scale at the heart of government,” Gray’s report said. “The public have a right to expect the very highest standards of behaviour in such places and clearly what happened fell well short of this.”

Gray did not specifically lay the blame at Johnson’s door but gave details and included photographs from more than a dozen Downing Street gatherings, some of which he attended.

The leader of House of Commons said Johnson would later make a statement to parliament on the report.

Seeking to play it down, environment minister George Eustice earlier said police had investigated “all of these events” in Downing Street.

“They’ve issued a fixed penalty notice to the prime minister in respect of one of those events that he that he attended. He’s paid that penalty,” he told Times Radio.

“He’s apologised … So I’m not sure that anything new will come from this report other than further detail, but of course, we will… look at it.”

For months, evidence of the alcohol-fuelled parties has dripped out into the media, forcing Johnson to apologise, change the team at his office and promise a reset to try to restore his authority.

He initially denied there had been any parties or rule-breaking at Downing Street, and some lawmakers say his position is untenable if he is found to have lied to parliament, a matter under investigation by parliament’s Committee of Privileges.

Ministers say he has not misled parliament.

By Elizabeth Piper and William James