Is the IMF making a comeback across Africa? 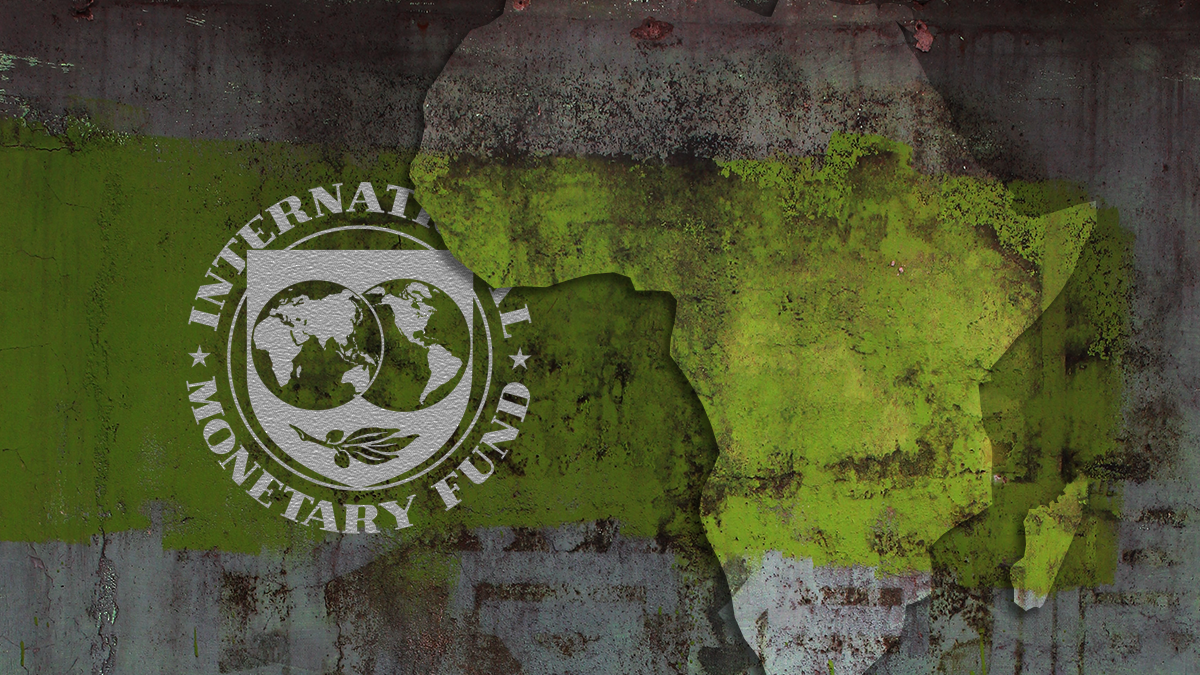 The International Monetary Fund has historically been viewed with suspicion in Africa, due to its legacy of austerity and structural adjustment programmes. But things seem to be changing, with the IMF currently engaged in 20 of Africa’s 54 countries. (Graphic: Supplied by ISS Today)

Covid-19 and the Ukraine war have set the scene for rapprochement and a new era of commitments.

It’s no secret that most African economies have endured a torrid time over recent years. Finances have been hard hit by two global crises — Covid-19 and the Russia-Ukraine war. These occurred when fiscal and monetary buffers were weak and governance slippages pronounced, while contagion amplified existing challenges.

2020 saw Africa experience its first recession in 25 years, as economies buckled under capital flight, falling commodity prices and the pandemic. Although there were some improvements in 2021, most countries continued to battle the trilemma of debt, disease and dysfunction. In 2022, expectations shifted to post-pandemic recovery, however, the Russia-Ukraine crisis has focused attention on risk and reform.

Given these dynamics, governments have sought financial help to alleviate numerous pressures — including rapidly rising food and fuel prices. Somewhat surprisingly, attention has turned to the International Monetary Fund (IMF). Historically, the fund has been viewed with suspicion in Africa given its legacy of austerity and structural adjustment programmes. But things seem to be changing, with the IMF currently engaged in 20 of Africa’s 54 countries, and counting.

In the past 12 months numerous states, including Zambia and Mozambique, have turned to the IMF for assistance. Both of these countries were facing critical junctures. Mozambique’s recently approved Extended Credit Facility (ECF) comes as it seeks enhanced investor support ahead of its liquefied natural gas boom. And a pending ECF for Zambia is vital to bridging the credibility gap with key stakeholders as debt restructuring continues.

These cases follow the relative success of Extended Fund Facilities in Egypt (2016-19) and Angola (2018-21). These were not undertaken at the turning points now faced by Mozambique and Zambia. But analysts have attributed reforms that guided Angola and Egypt’s programmes — particularly currency-related — for facilitating sharp economic turnarounds and restoring policy credibility.

Meanwhile, countries such as Kenya are ‘habitual users’ of the IMF. Between 2011 and 2022, Kenya has had two ECFs and two Standby Credit Facilities as effective insurance against exogenous and endogenous challenges.

Given Africa’s previous ideological aversion, this marks a clear shift in attitude. The obvious questions are: What is driving this rapprochement with the IMF? And is this a sign of things to come across the continent?

There are a few reasons behind the current trends. First is the economic impact of the pandemic. In the absence of other avenues, the IMF was the lender of last resort to many countries, providing emergency financial assistance and debt service relief. By stepping up in the hour of need to avert disaster, it engendered a sense of goodwill among recipients.

Second is a shift in the IMF’s approach. Stung by historical criticism that its policies weren’t fit for purpose, the IMF under Kristalina Georgieva has sought to be more pragmatic and expansive, with a greater appreciation for contemporary realities. Supporters suggest this is a positive move. However, critics imply the IMF has almost become ‘leftist’ in its policy orientation and is often too lenient on developing markets that abuse its benevolence and continue to live beyond their means.

Then there’s soft power. With most of its funding sourced from the United States (US), the IMF is potentially a major financing lever for Washington to expand its influence in Africa, especially given the current global power competition. With US-China rivalry intensifying and divisions in the multilateral system following the Ukraine crisis, Africa is an important region for powers to expand strategic influence post-pandemic.

Third, there are potential advantages for African governments. The current state of affairs in many countries requires politically difficult reforms, and using the IMF as ‘bad cop’ may allow them to maintain political capital amid challenging circumstances. With speculation that Ghana may soon need the IMF to alleviate some of its economic pressures, the rhetoric from policymakers who have railed against the IMF is telling.

In January, Ghanaian Finance Minister Ken Ofori-Atta said: “When we were in the IMF programme, we couldn’t pay for nurses and teachers. We couldn’t hire anymore because there were restrictions on that. In a way, we have forgotten how difficult and tenacious that master from Washington was. So, we can deal with them for them to give us advice, but we need not ever get into an IMF programme [again].”

On the other hand, a shift in political will has begun to manifest amid the gradual wave of leadership changes across Africa as the old guard is replaced. This suggests that governments are increasingly willing to carry out more unpopular reforms under IMF programmes — without shifting blame.

Indeed, after Félix Tshisekedi became president of the Democratic Republic of the Congo and João Lourenço took over as Angola’s head of state in 2018, reforms guided by the IMF were initiated — and not belligerently. This followed years of abuse under their predecessors. A similar scenario has unfolded in Zambia following Hakainde Hichilema’s 2021 election victory.

Underpinning these dynamics is that other funding sources such as the Eurobond market have become less appealing given rising interest rates and growing risk aversion in the developed world. China is also being selective with its external lending, given its growing domestic concerns.

Current developments in Sri Lanka may offer a precursor of things to come unless African policymakers get their houses in order. For years its government rejected offers of help from the IMF, instead cosying up to the likes of China to address financing gaps. Now facing bankruptcy, the country finds itself in the IMF casualty ward and on the verge of economic meltdown.

Meanwhile, African states must ensure that IMF programmes serve as anchors for longer-term reforms to allow them to achieve self-sufficiency and reduce future dependency. Failing this, they may find themselves in a similar situation as Argentina — perennial cases requiring constant IMF support to keep afloat.

For their part, investors have been enthused by IMF engagement, viewing the fund’s presence as a nominal policy anchor. The transparency, oversight and accountability of IMF programmes are seen as positive for economic growth. They also value the programmes’ policy consistency and continuity. Improved investor sentiment has a knock-on effect on portfolio flows and long-term investment.

Taken together, these trends suggest a new era of IMF engagement. Will this time be different? While critics are right to be sceptical given past experience, it’s worth considering the current context before making emotional judgements.

IMF programmes in themselves are neither the silver bullets nor the poisoned chalices they have been made out to be. If used pragmatically to address structural issues in concert with other financing arrangements, they can be effective in helping the continent emerge from its current economic malaise. DM