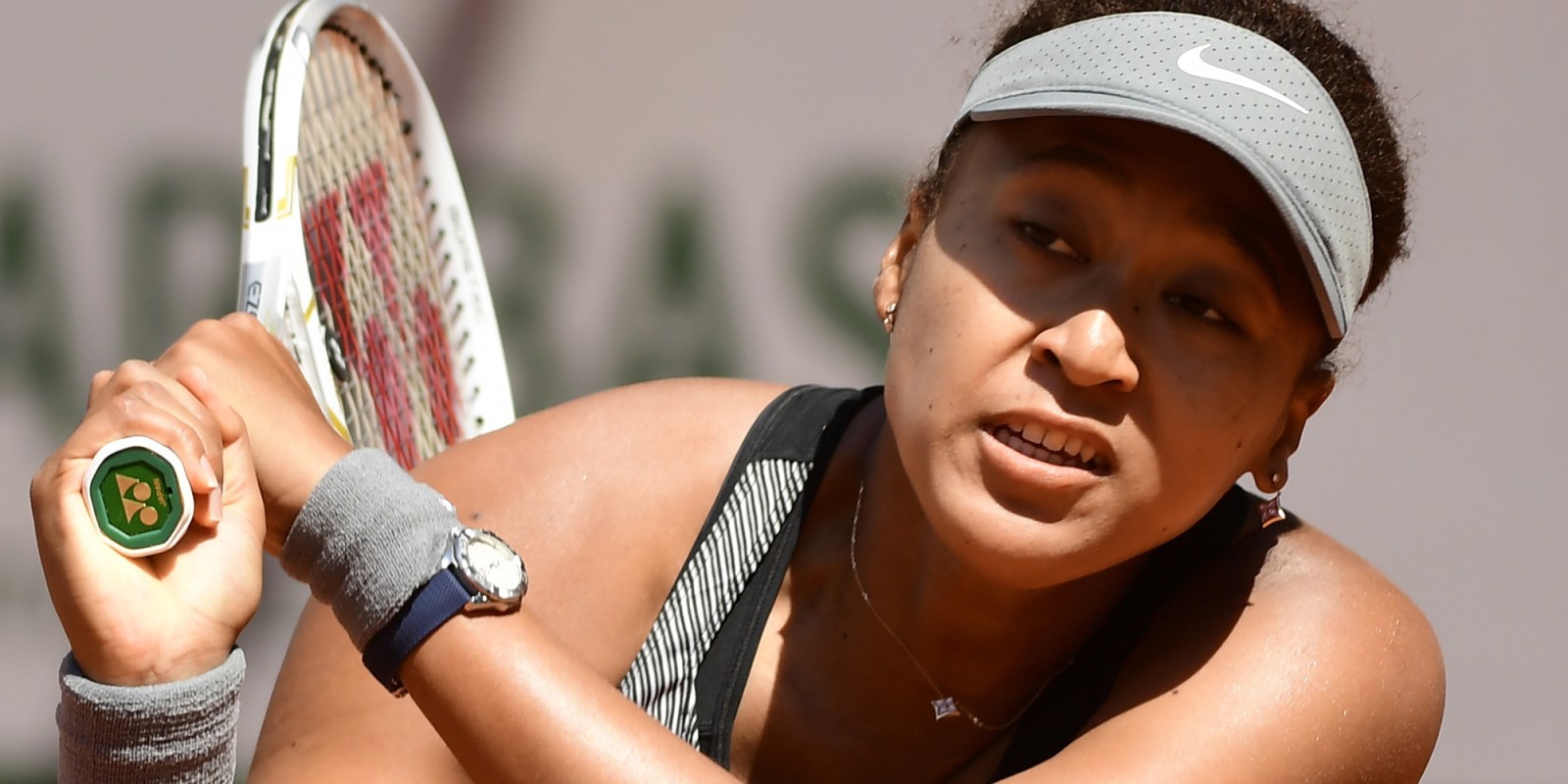 Naomi Osaka of Japan in action against Patricia Maria Tig of Romania during their first-round match at the French Open tennis tournament at Roland Garros in Paris on 30 May 2021. Osaka has said she is uncertain of whether she will compete at Wimbledon in 2022. (Photo: EPA-EFE / Caroline Blumberg)

Wimbledon has been stripped of ranking points after banning Russian and Belarussian athletes and some players are unsure of whether it’s worth playing.

Four-time Grand Slam champion Naomi Osaka’s participation at Wimbledon was in doubt on Monday after the Japanese player said the decision by the sport’s authorities to strip the tournament of ranking points had reduced her motivation to play.

Wimbledon last week had its ranking points taken away by the men’s ATP and women’s WTA after the grasscourt major opted to exclude players from Russia and Belarus because of Russia’s invasion of Ukraine, which Moscow calls a ‘special operation’.

Belarus has been a key staging area for the invasion.

“I would say the decision is kind of affecting my mentality going into grass, like I’m not 100% sure if I’m going to go there,” Osaka told a news conference after her first-round defeat at the French Open on Monday.

“I would love to go just to get some experience on the grass court but at the same time, for me, it’s kind of like — I don’t want to say pointless, no pun intended, but I’m the type of player that gets motivated by… seeing my ranking go up.”

The move by the ATP and WTA was met with “deep disappointment” by the All England Lawn Tennis Club (AELTC) who repeated their stance that the ban was the only viable option under British government guidance.

The International Tennis Federation (ITF) also said it will not grant ranking points to Wimbledon this year for junior and wheelchair tennis events.

The AELTC decision to impose the suspension on Russian and Belarusian players at this year’s championships is the first time players have been excluded on grounds of nationality since the immediate post-World War 2 era when German and Japanese players were banned.

Rafael Nadal, the 21-time Grand Slam champion, deplored that players could not speak with one voice in the matter.

“The problem with the players’ side is always the same. From the tournament side, there is always a person and a board, a person or a board who make decisions,” the Spaniard told reporters.

“And the rest of the people running the event follow that position. In our tour, every single player has a different opinion, and that’s why we never achieve the things that we could achieve if we were together.”

Women’s world No 1 Iga Swiatek said she would take part in Wimbledon, but implored the tennis governing bodies to come together to resolve the issue.

“I feel like it’s a pretty tricky situation, and every solution is going to be somehow the wrong one for some part of people or players,” the Pole said after an easy first-round win at Roland Garros.

“I just hope that the people that are responsible for making the decisions, they are all going to come together so our sport is going to be united because, for now, I feel like it’s not united. We feel that in the locker room, so it’s pretty hard.”

Swiatek expressed some sympathy for Russian and Belarusian players.

“I also know that all the Russian and Belarusian players are not responsible for what’s going on in their country,” she said.

“But, on the other hand, the sport has been used in politics and we are kind of public personas and we have some impact on people. It would be nice if the people who are making decisions were making decisions that are going to stop Russia’s aggression. But it’s a tricky one.”

Belarusian Victoria Azarenka, who will not be playing at Wimbledon, said she has been working with the WTA players’ council, of which she is a member, to help those affected by the authorities’ and Wimbledon’s decisions.

“I look at the bigger picture. I believe that I’m not the centre of the universe and I’m not the only person that matters.

“I believe in the unity of players, I believe that sport should unite people. I hope we have an opportunity to show what sport can bring when we unite and do something together for the good,” the former world No 1 added.

“To talk more about that, I’m affected in the situation, I’m not a victim. I will never speak as a victim. I believe in the greater good.”

The AELTC said they were considering their options and were in discussions with their Grand Slam colleagues.

“In addition, we remain unwilling to accept success or participation at Wimbledon being used to benefit the propaganda machine of the Russian regime,” the AELTC said in a statement.

“We therefore wish to state our deep disappointment at the decisions taken by the ATP, WTA and ITF in removing ranking points for The Championships.

“We believe these decisions to be disproportionate in the context of the exceptional and extreme circumstances of this situation and the position we found ourselves in, and damaging to all players who compete on Tour.”

The ATP and WTA have themselves banned Russia and Belarus from international team competitions following the invasion, which Moscow calls a ‘special operation’, but allowed players from the two countries to compete as neutrals.

“The ability for players of any nationality to enter tournaments based on merit, and without discrimination, is fundamental to our Tour,” the ATP said in a statement.

“The decision by Wimbledon to ban Russian and Belarusian players from competing in the UK this summer undermines this principle and the integrity of the ATP Ranking system. It is also inconsistent with our Rankings agreement.

“Absent a change in circumstances, it is with great regret and reluctance that we see no option but to remove ATP Ranking points from Wimbledon for 2022.”

WTA chief Steve Simon said the tour believes athletes participating in an individual sport “should not be penalised or prevented from competing solely because of their nationalities or the decisions made by the governments of their countries.”

“The recent decisions made by the AELTC and the Lawn Tennis Association (LTA) to ban athletes from competing in the upcoming UK grass court events violate that fundamental principle,” Simon said.

“As a result of the AELTC’s position that it will not honour its obligation to use the WTA Rankings for entry into Wimbledon and proceed with a partial field not based on merit, the WTA has made the difficult decision to not award WTA ranking points for this year’s Wimbledon Championships.

Wimbledon’s ban on Russian and Belarusian competitors has been slammed by top players such as Nadal who labelled it unfair, while world No 1 Novak Djokovic said he did not support the decision.

“Our rules and agreements exist in order to protect the rights of players as a whole. Unilateral decisions of this nature, if unaddressed, set a damaging precedent for the rest of the Tour,” the ATP added.

“Discrimination by individual tournaments is simply not viable on a Tour that operates in more than 30 countries.

“We remain hopeful of further discussions with Wimbledon leading to an acceptable outcome for all concerned.

“More broadly, we believe this matter again highlights the need for a united governance structure across professional tennis so that decisions of this nature can be made in a joint manner.” Reuters/DM