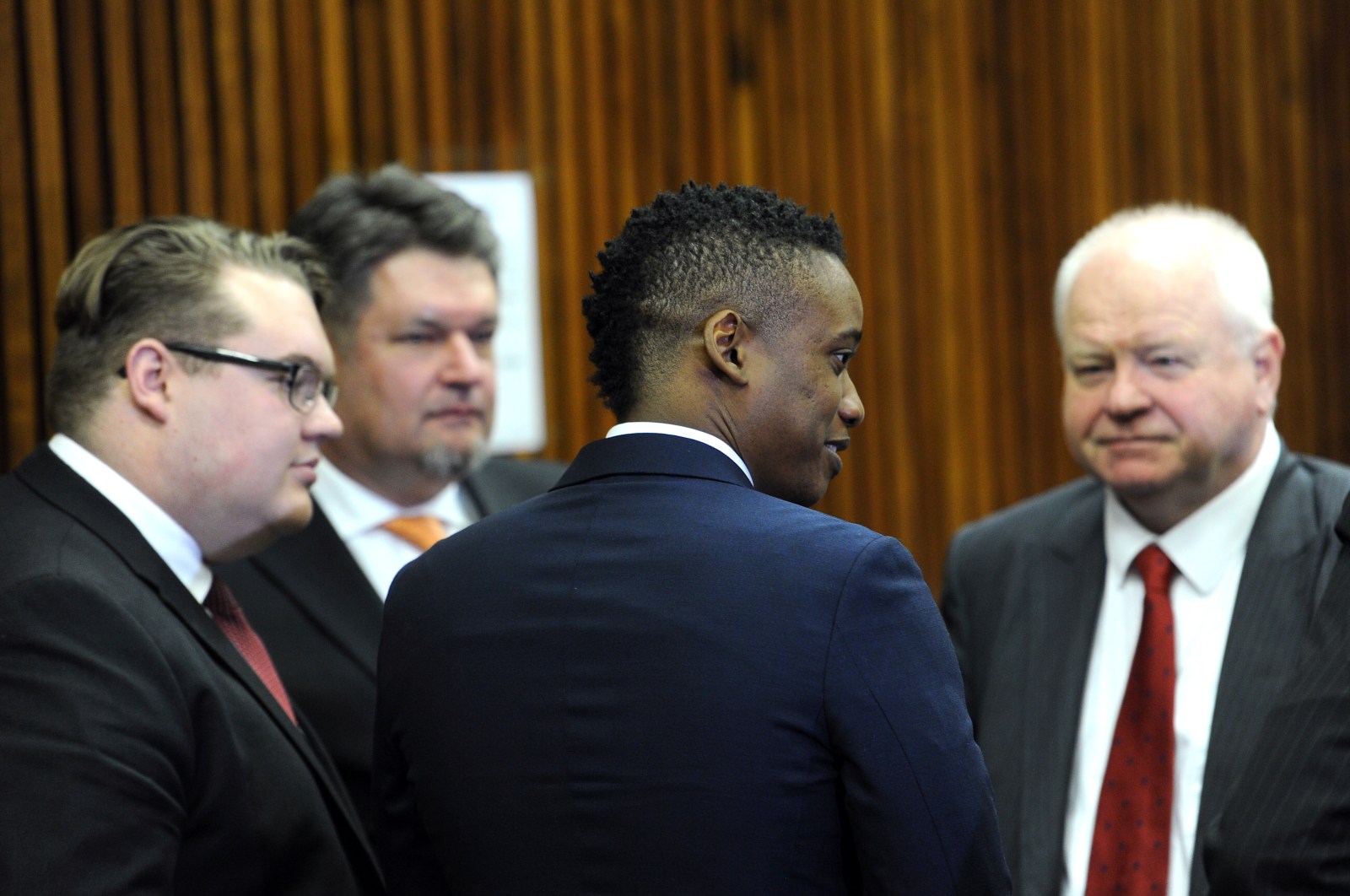 Lawyers BDK confirm the departure of Rudi Krause and his son Stiaan who are heading to a new home. The pair have been responsible for much of the Gupta family’s legal load and are taking the lucrative Gupta portfolio with them.

BDK Attorneys, long considered to be the bedrock of the Gupta family’s legal defence in South Africa, has undergone a striking makeover; one that leaves it with no Gupta business currently.

The firm has spruced up its website — featuring an updated management team and attorneys along with each of their areas of expertise.

And it is now confirmed to be sans veteran criminal law expert Rudi Krause who has led much of the Gupta work at the firm over the past few years along with his son, Stiaan.

Daily Maverick has confirmed that the pair severed ties with BDK and now operate under the banner of a freshly registered Krause Attorneys Inc.

Remarkably the 26-year old Stiaan Krause is listed as the sole director of the new law firm while his father — according to a LinkedIn profile — serves as a consultant/mentor.

Considering the high volume and often complex nature of the Gupta matters, it would be interesting to know how the controversial family may feel about their departure from BDK.

The firm is considered top class among criminal law experts and prosecutors, and the Guptas have, certainly from a public relations perspective, enjoyed great cover with BDK in their corner until now.

Stiaan Krause, in response to questions from Daily Maverick, says: “In respect of our departure from BDK, it simply suffices to say that Krause Attorneys Inc has recently been established and that it is mandated to act on behalf of the family.”

The Krauses — with senior advocates like Mike Hellens — have for a number of years been at the helm of some of the Gupta family’s most important legal battles.

The Guptas fled South Africa in 2017 as the country’s State Capture project began to unravel, but they continue to run a substantial number of legal cases through the country’s courts.

These include clashes against the business rescue practitioners in charge of various Gupta companies, Atul Gupta’s high court fight against the Minister of Home Affairs in his bid for a new South African passport and ongoing legal resistance to Interpol Red Notices issued against Atul and his younger brother Rajesh last year.

Daily Maverick was alerted to the Krause duo’s departure during a routine attempt to contact Rudi Krause via reception at BDK’s Houghton Estate, Johannesburg offices.

New contact details for him and his son at KrauseInc were subsequently provided by BDK.

“He left having been fully compensated for his shares in the normal course of business.”

Stiaan Krause, who continues to represent the Guptas in certain matters, chose to go into practice on his own, Du Plessis said.

However, he added: “In principle, we have no objection to do so as is the case with any other person.”

“BDK has been in existence for more than 60 years and the firm’s philosophy has always been (and will always) be that everyone is equal before the law and that every accused is entitled to a vigorous defence, however heavily the scales may be loaded against him or her,” Du Plessis said.

“If this principle is not upheld and the underdog not defended with the same vigour as the rest, we will be on the slippery slope to anarchy or despotism.”

Krause senior was with BDK for well over 15 years until his resignation in January 2022, and is highly regarded in legal circles.

In addition to a loaded basket of Gupta cases, he also represented former president Jacob Zuma’s son Duduzane Zuma following claims that the young Zuma had been present in meetings during which the Guptas had allegedly offered a R600-million bribe to former deputy finance minister Mcebisi Jonas.

In more recent years, Krause’s high-profile matters almost exclusively involved the Guptas. He was part of the Gupta brothers’ legal team in the early days of the State Capture Commission in 2018 when they unsuccessfully applied for the Gupta brothers to be permitted to testify via a video link from abroad.

It appears that KrauseInc will continue to run the Gupta caseload for now.

Last week (12 May 2022) Stiaan Krause was the point man when the Gupta-owned Islandsite Investments went up against the National Prosecuting Authority (NPA) in the high court in Bloemfontein.

In that case, the NPA hopes to secure a final restraint order against Islandsite, among others.

This case is linked to a R24.9-million criminal matter that led to the arrest of businessman and former Transnet board member Iqbal Sharma last year.

The State’s efforts to add Atul and Rajesh Gupta and their wives to the indictment are ongoing, although local law enforcement did secure Interpol Red Notices against the two Gupta brothers earlier this year.

For now, the NPA has an interim restraint order in place in respect of Islandsite assets.

Ironically the case, scheduled to return to court in October 2022, does involve a legal tussle over whether Islandsite directors (including Ronica Ragavan) have the authority to appoint lawyers to represent the company in the case against the NPA.

The court previously ruled in the NPA’s favour when it found that Ragavan was not authorised to appoint BDK to represent the company because it is in business rescue and under the management of BRPs Kurt Knoop and Louis Klopper.

Islandsite, having lost an application for leave to appeal that ruling, is heading to the Supreme Court of Appeal.

While BDK offered a crisp explanation for the Krause team’s exit, Daily Maverick understands that the firm’s Gupta work has — on occasion — been the source of unease among some of its other clients — both public and corporate. DM