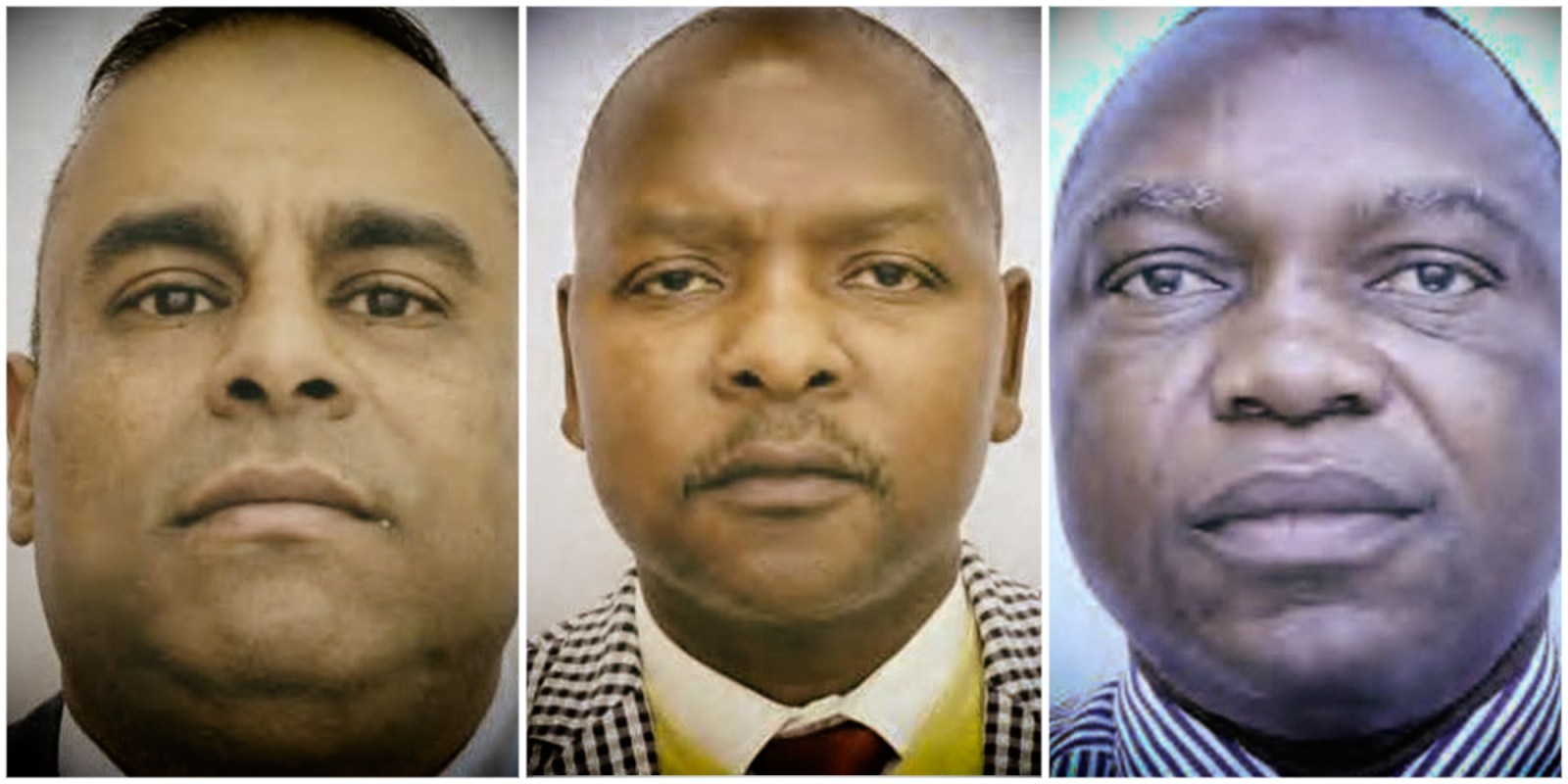 All eight accused – Mabula, Matome Kgorane, Samuel Sanamela Kutumela, Ismael Dawood, Adam Mahlako Moahloli, Mpikwa Meshack Makhubu, Mfana Patrick Makutu and Israel Mdluli – have pleaded not guilty. On Tuesday, Kgoedi, a warrant officer in the SAPS, testified that 16 years ago he was arrested and tortured by Mabula’s unit to implicate himself in a crime and extort money from his sister.

Read more here about why the road to justice has taken over a decade.

In 2006, the SAPS established a National Task Team (which included all the accused of this case, who were part of the North West Organised Crime Unit, led by Mabula) to investigate the R14-million robbery of an SAPS storeroom at Benoni Police Station between 24 and 25 May that year.

The seven other suspects arrested in 2006 by Mabula’s team are now deceased, although the cause of their deaths is still unclear.

Under cross-examination, Kgoedi told the court: “Up to this day, 16 years later… nobody knows what happened to that money. I was arrested, I was assaulted, I was forced to implicate people.

“This case is just misleading the public that indeed there are people who stole money. Something that can’t be proven.”

Advocate Dawie Joubert, representing five of the accused, asked Kgoedi if as a police officer he had ever been accused of assaulting someone, bringing up a case of alleged assault against him in 2020, which the Independent Police Investigative Directorate had investigated.

Joubert said to Kgoedi that his instructions from his client Mabula were that, “He never saw you. He doesn’t know you. He didn’t participate in any manner in the investigation on the 29th of May 2006… He had no interaction with you at all.”

Joubert further disputed that accused number three, Sanamela Kutumela, was present during the crimes he is accused of, stating that he was in Kempton Park, about 40km away from Kgoedi on the afternoon he alleged he was arrested. Kgoedi said Kutumela was lying and that he was present for the arrest and the assault.

On Tuesday, Kgoedi testified that he was interrogated and tortured to make two statements implicating himself and the other suspects Mabula’s unit arrested in stealing the money from the SAPS storeroom.

Advocate Joubert presented Kgoedi’s first statement to the court. It was handwritten and consisted of seven pages. Joubert questioned how Kgoedi could write such a lengthy statement with such neat handwriting soon after being tortured for hours.

“One would not expect that somebody who has been severely tortured – electrocuted and suffocated – to have such a composed, neat handwriting as this exhibit depicts,” said Joubert.

Kgoedi replied that it was what he wrote after he was assaulted.

Kgoedi said he was forced to write a second statement as Mabula was not satisfied with the first one and wanted another name, specifically Colbern Mashego (one of Mabula’s investigative unit’s suspects).

“They wanted me to implicate whoever they wanted, especially the people they’ve already arrested,” said Kgoedi.

Joubert clarified with the witness that Robert Mashele, who was arrested as a suspect by Mabula’s investigative unit, along with Kgoedi, was killed after the suspects were released on bail in 2006.

“I cannot say it’s a protection when they arrested me because most of the people who died, died in the hands of the police,” said Kgoedi. “So outside, it was safer. Because even today, I’m still alive.”

The trial continues on Monday at the Johannesburg High Court. DM