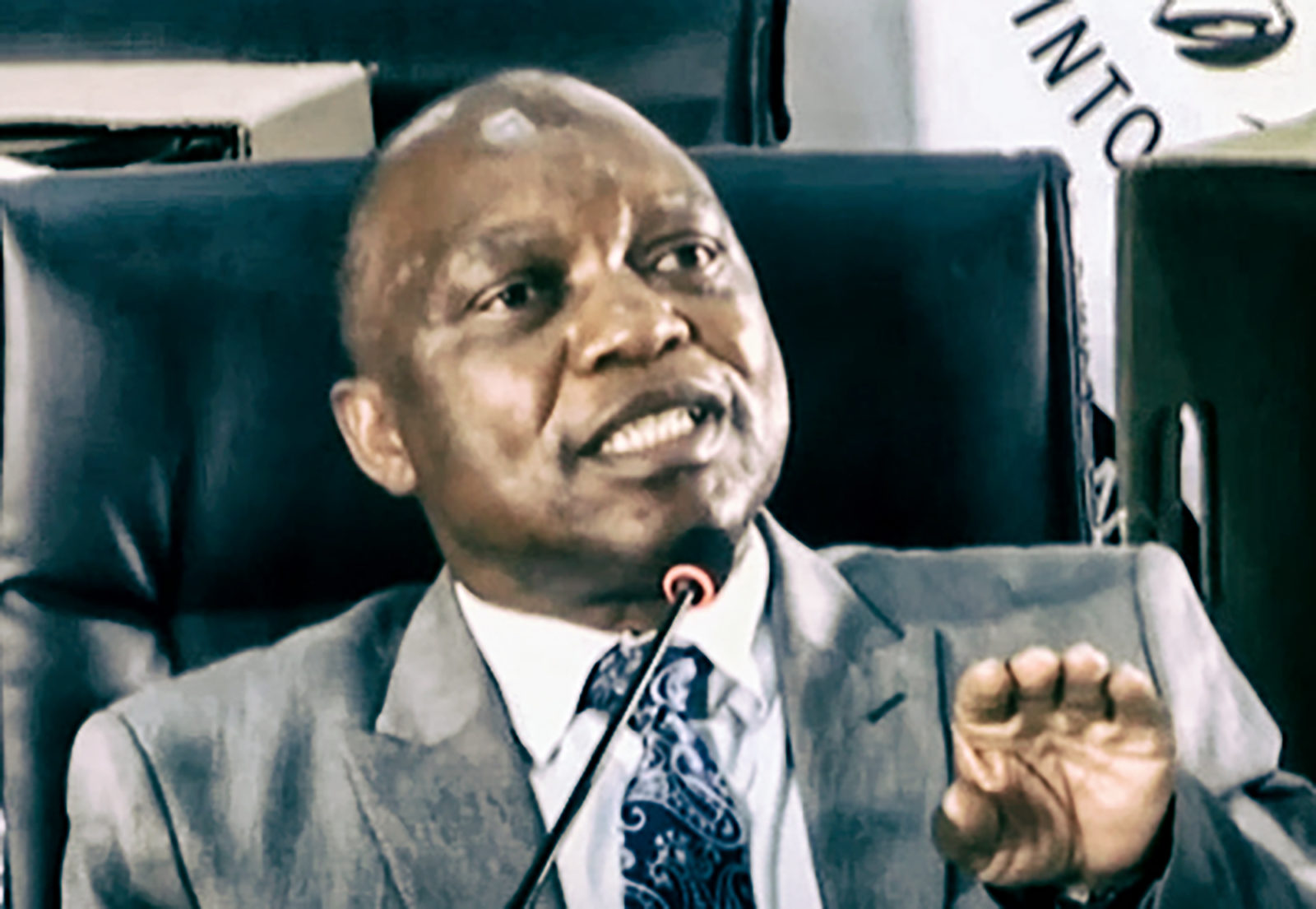 Fourteen years: That’s how long some of the cases against former North West deputy provincial SAPS commissioner Jan Mabula and his team of alleged ‘rogue’ detectives have been stuck in the legal system.

That is exactly one year less than former President Jacob Zuma’s Long Walk To The Dock with regard to allegations of fraud and corruption in the Arms Deal matter.

Former Major General Jan Mabula and a team of detectives under his command in the North West were due to appear in the Johannesburg Regional Court on 6 October 2020 to finally face multiple charges of kidnapping and assault with intent to do grievous bodily harm.

But the summonses were provisionally withdrawn by Gauteng director of public prosecutions (DPP), advocate Andrew Chauke, creating yet another delay in the long-running, politically charged matter.

This was to allow Mabula and his fellow accused to make a second set of representations to the NDPP as well as approach the North Gauteng High Court to apply for a permanent stay of charges, according to BDK Attorneys representing Mabula.

A first set of representations by Mabula to the National Prosecuting Authority (NPA) in 2018 had been unsuccessful and the case was duly enrolled.

On 6 October 2020, the day the North West team were due in the Johannesburg Regional Court, it was revealed that summonses had been provisionally withdrawn.

BDK Attorneys have since confirmed that the former deputy provincial commissioner of crime detection intends approaching the high court to seek a permanent stay of execution.

“The intention of our clients to proceed along these lines have been made clear and confirmed in writing in correspondence between the parties during the past two years,” noted BDK.

Mabula’s attorneys argued he would be prejudiced should he appear in a criminal court while this proposed application to stay the prosecution was due to be launched as per instruction by Mabula.

As a result, said BDK, the summonses were provisionally withdrawn “by agreement”.

In a briefing to Parliament’s police committee in 2017, Robert McBride, then executive director of IPID, set out some of the details of the 2006 case implicating Mabula and how, in the early hours of the morning that year, a corpse had been brought to hospital.

“This person was alive just 24 hours prior when he was picked up from his home without any injuries. The doctor on duty refused to take the body because rigor mortis had already set in which meant he had been dead for two to three hours already,” McBride told the committee.

This person, he added, had been in the custody of Mabula and a post-mortem had shown the deceased’s injuries had included injuries “to the mouth, hands tied and death by asphyxiation – this was consistent with torture”.

McBride confirmed that a decision had been made to prosecute the case, “but it was struck off the roll”.

It was former Free State crime intelligence head, Major-General Agnes Makhele, who had authorised Mabula’s setting up of an operation in Gauteng to monitor IPID investigators who were probing former acting national police commissioner, Khomotso Phahlane.

Makhele later faced charges of defeating the ends of justice, which were withdrawn.

In 2018 IPID successfully approached the North Gauteng High Court to interdict Mabula and his team from interfering with IPID investigations into Phahlane.

Phahlane was fired from SAPS in August 2020 and faces criminal charges relating to procurement fraud totalling R84-million and is linked to a “blue lights tender” for Gauteng police vehicles.

In March 2020, Mandlakayise Mahlangu, one of the IPID investigators in the Phahlane matter, was shot dead on his plot in Jakkalsdans, east of Tshwane, in an apparent robbery. Mahlangu was due to testify against Phahlane.

The Mabula case has stopped, started and stalled so many times since 2006 that Mabula himself has since retired and taken up gainful employment in the private sector.

In the meantime, former NDPP Nomgcobo Jiba is gone, disgraced. Shaun Abrahams is out of the range of media headlines and Shamila Batohi is now captaining a leaky, albeit still afloat, good Ship NPA.

Chauke is among NPA members named in a confidential report, known as the De Kock Report, compiled by advocate Rodney de Kock for Batohi on the Johan Booysen “Cato Manor” case and the complicity of senior NPA officials in that scandal.

Mabula and his team are accused of very serious crimes. As SAPS members they are implicated in kidnapping and assault with intent to do grievous bodily harm.

Mabula’s lawyers have set out how in August 2018 they had approached Chauke and had set out “how damaging the mere fact that a matter enrolled against an accused person, could be to such a person, especially if, like in the current matter, such a person or persons are high-ranking police officers”.

Those who sought to prosecute him now “have their own private agenda to glorify themselves or use such enrolment to take revenge for perceived injustices against them”, said the lawyers.

Forensic investigator Paul O’Sullivan is cited as one such person whom BDK suggests is seeking to use the court for  “nefarious purposes”.

In response to Mabula’s communication with the NPA, Chauke said Mabula and his fellow suspects were due to appear in the Johannesburg Magistrates’ Court on 30 August 2018.

At the time, said BDK, the case docket had not been disclosed to Mabula by Chauke who had refused to do so until the trial process had begun.

Mabula then approached the high court to have the summonses set aside as an “irregular process”.

Fourteen years after the 2006 matter, Mabula’s legal team asked for their client “to be informed of the charges against them in sufficient particularity and with discovery of the relevant case dockets in order to enable them to make representations to Chauke”.

Mabula abandoned the high court application, said BDK, when Chauke, in a 23 August 2018 letter, had agreed to withdraw the J175 summonses.

Representations by Mabula had been scheduled to take place on 28 August 2018, but had been withdrawn at the time “as agreed with advocate Chauke”.

The following month, Mabula made representations and eight months later, on 15 May 2019, Chauke had informed him that the representations had been unsuccessful and the matter would proceed.

Mabula and his lawyers disagreed with this decision and requested that it be referred to Batohi.

Before this could be done, Chauke had to meet certain requirements, providing an indictment to Mabula as well as further disclosures.

While they waited for an audience with the NDPP, Mabula and his co-accused should not be brought before a court, said BDK.

Chauke had confirmed, said BDK, that the indictment would not be served on Mabula and his fellow suspects “pending your application for review by the office of the NDPP”.

Chauke, in the meantime, had applied for a directive to centralise all the charges against Mabula. But DBK claimed that by June 2020 “the final indictment and specifically further disclosure had not been made available to us yet”.

The Gauteng DPP had also undertaken to serve the indictment on Mabula once this “centralisation” process had been completed.

On 10 September 2020 the investigating officer in the matter had called Mabula, saying he was looking to deliver summonses in the matter.

BDK said they had advised Mabula and the other suspects to not refuse the summonses, as Chauke had promised that the matter would not be enrolled pending “a possible review to be brought to the NPA”.

What happened on 6 October is that Chauke agreed to withdraw the summonses “in order to afford our clients the reasonable opportunity to prepare the review application to the NDPP” said BDK.

If the new review application to the NDPP – to be made on or before 30 October 2020 – does not succeed, Mabula and his legal team intend to draw the process out further in the high court where they will apply for a permanent stay of execution.

“Our clients remain committed to follow due process without any undue delay.” DM