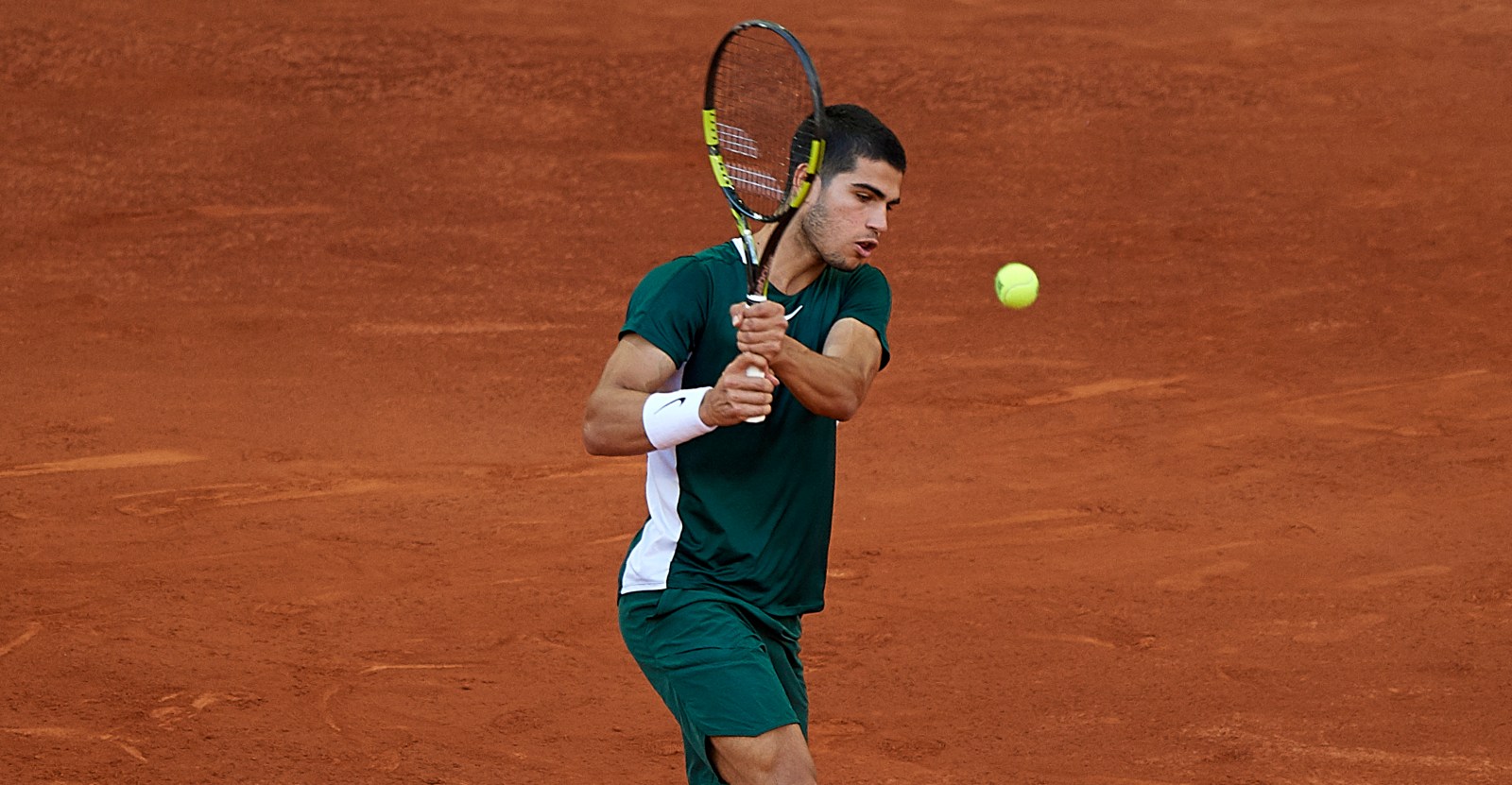 Could Spaniard Carlos Alcaraz be the player who finally topples the dominance of the ‘Big Three’ in men’s tennis?

Men’s tennis has waited more than a decade for a player to emerge with the game and mental fortitude to shake up the “Big Three” establishment.

On Sunday, Carlos Alcaraz signalled the wait may finally be over as he captured his fourth ATP title of the season at the Madrid Open and affirmed himself as a genuine threat for the French Open title.

If Alcaraz is the future of men’s tennis, the future is already here.

“Right now I’m trying to just assimilate everything that I am going through,” Alcaraz told reporters.

“This year… people are going to think that I’m going to be one of the favourites to win Roland-Garros. I don’t have it as tension, I have it as a motivation. I really look forward to going to Paris, to fight for the Grand Slam, and I am really looking forward to show my great level in a Grand Slam, too.”

Outside the top 100 a year ago, Alcaraz is now ranked sixth, having torn up the record books this season. In a few dizzying days in Madrid, he set another slew of benchmarks.

He became the tournament’s youngest champion and the first player to beat both 21-times Grand Slam champion Nadal and world No 1 Djokovic at the same clay court event.

Having won at Miami a month ago, Alcaraz is now the second-youngest player to win two ATP 1000 titles, headed only by compatriot Nadal, who was 18 when he captured his second.

While Alcaraz would appear a natural successor to his countryman Nadal, he regards his game more closely aligned with that of Roger Federer, the other member of the “Big Three”.

It means a commitment to his attacking weapons but also a faith in his defence and ability to problem-solve through tricky situations.

His coach, Spanish former world No 1 Juan Carlos Ferrero, claimed only the 2003 French Open title among the four Grand Slams, but he was a notable all-court player comfortable on all surfaces.

Alcaraz appears to have emulated the variety in Ferrero’s game, mixing blazing groundstrokes with plenty of drop-shots and rushes to the net to keep opponents guessing.

The world’s top players have bought into the Alcaraz hype, with a string of them, including Zverev, describing him as “the best player in the world right now”, two weeks before the French Open.

Alcaraz, however, has shown only humility and stuck to a mantra of learning from his defeats, even if those have been few and far between recently.

“Look at Rafa, Djokovic, Federer, all of them improve and they have things to improve,” said Alcaraz, who will bid for his maiden Grand Slam title in Paris.

Djokovic heaped praise on Alcaraz, saying the teenager is a firm favourite for the French Open.

He described Alcaraz as a “complete player” and the “talk of the sport” after the Spaniard won a tour-leading fourth title of the year.

“He definitely is special. Already he’s breaking a lot of records as a teenager, winning two Masters events this year, a couple of (ATP) 500s. So far he’s the best player in the world, no question, this year,” Djokovic told reporters in Rome.

“The way he was dealing with the pressure. I mean, in our match a few days ago, how calm he was all the way… was impressive. He deserved to win the trophy.

“(At) Roland-Garros, he’s definitely one of the main favourites, no doubt, even though he has never reached the second week of a Grand Slam. With everything recently that he has achieved, he deserves to be one of the favourites.”

Alcaraz beating Nadal for the first in his career in the quarterfinal in Madrid felt like the passing of the torch and the latter said he was happy Spain has a bright future in tennis.

“Everybody knows the amount of confidence he has right now, the level that he can reach. (I’m) happy for him, happy because we have an amazing player in our country for a lot of years to come,” Nadal said.

“It’s always special to win at home. (It must) have been probably a very special week for him.”

Alcaraz said he is skipping the Rome Masters to nurse an ankle injury to ensure he is fully fit for the French Open, which begins on 22 May. DM/Reuters