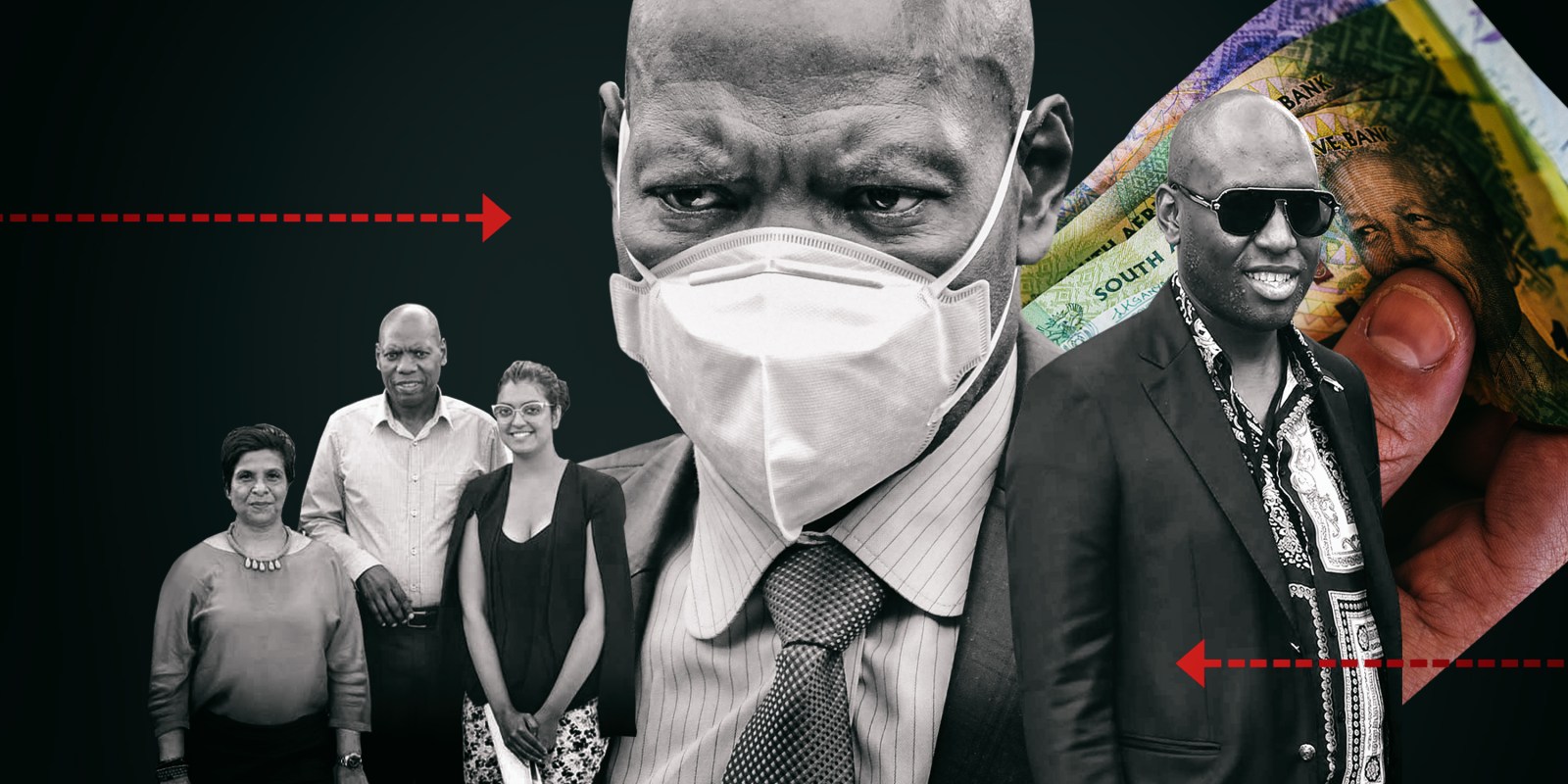 While it is too early to predict what will happen, there may well be a race under way between the criminal justice system and the start of the ANC’s conference in December.

Over the past two weeks, there have been several indications that the criminal justice system is making significant progress in its investigation into the former health minister Dr Zweli Mkhize after Scorpio’s Pieter-Louis Myburgh published a series of exposés into the Digital Vibes scandal.

There are also signs that Mkhize is still pursuing higher office despite the scandals that trail him (and the new ones breaking, too) and may well be trying to contest for a position as one of the ANC’s top six national officials at the end of the year.

While it is too early to predict what will happen, there may well be a race under way between the criminal justice system and the start of the ANC’s conference in December. This is because the ANC’s National Executive Committee has now said that those criminally charged cannot contest for a position, under the “step-aside rule”.

Over the weekend, the Sunday World newspaper published claims that some of those involved in the Digital Vibes scandal with Mkhize were planning to turn on him. As Scorpio’s Myburgh wrote in the original story, as did many others, it was Mkhize’s long-term associates who ran the company (unlike many others, we at Daily Maverick are happy to credit other media organisations — even if so many, like Sunday World, did not credit Myburgh and Scorpio with breaking the original story – Ed).

Tahera Mather and Naadhira Mitha ran Digital Vibes when it received a tender worth R150-million from the National Department of Health. At the time, Mkhize was the minister of health.

As the Special Investigating Unit (SIU) found, there was direct communication from Mkhize about the contract to the then health director-general, Malebona Precious Matsoso.

Myburgh also reported, and the SIU confirmed, that some of this money went to Digital Vibes and then to Mkhize’s family, including his son and his daughter-in-law.

Ten days ago, before this weekend’s Sunday World report, EWN reported that neither Mather nor Mitha would contest the outcome of the SIU report. In other words, it appears that they may have accepted the outcome of the report. (Or that they are waiting to be charged, to fight it in court.)

Sunday World says it believes this means that the two will testify against Mkhize, that they will explain his role to the National Prosecuting Authority (NPA) and will do so under oath.

At the same time, it’s emerged that the advocate representing them is Shaun Abrahams.

Abrahams was once the head of the NPA. He was appointed to the position by then president Jacob Zuma but had to vacate it when courts ruled that his predecessor had been removed illegally.

At the time, Abrahams was seen as a Zuma favourite; he had been the mentee of Mokotedi Mpshe, who famously withdrew criminal charges against Zuma just before the 2009 election. He had been close to advocate Nomgcobo Jiba, who had also acted as head of the NPA, but could not be appointed because of various court rulings against her.

In his last hours as head of the NPA, in 2018, Abrahams reinstated the charges against Zuma, perhaps in a belated attempt to retain some semblance of integrity.

While advocates are free to accept anyone’s business, and those accused must have the legal right to choose who they want to represent them, this is still a curious choice. It is impossible to forget Abrahams’ history.

While many may question his time as head of the NPA, Abrahams also had some success as a prosecutor and surely understands the criminal justice system better than most.

This may well intensify the belief that Sunday’s World’s claim is correct.

That said, for Mather and Mitha to both turn against Mkhize would be a major development.

Mather worked with Mkhize for many years; she was his personal assistant in the ANC in 2017 and was his contact person for media interviews.

Based on the evidence uncovered by Myburgh, she is close to Mkhize’s family. There is a reason why she would hand money to her boss’s son, Dedani Mkhize.

The SIU is currently chasing more than R3.8-million that they say Dedani Mkhize received illegally. This is money that belonged to the Department of Health, was paid to Digital Vibes and then given to him.

The other claim splashed by Sunday World, and a truly explosive one, is that R20-million of the total was to be used as a war chest for Mkhize’s campaign for a top position at the ANC elective conference in December.

As a former ANC treasurer, Mkhize would surely understand how money works in the ANC and he would know how to transform money into votes.

But it also suggests that he was serious at the time, and may still be serious now, about running for a top position in the ANC.

This suggests many important dynamics in the ANC.

First, people in the government are apparently creating projects just to siphon money to run for office in the ANC. In itself, this shows how difficult it can be to run against an incumbent.

Second, a flurry of Mkhize-related editorials that have made an attempt to land at SA newspapers prove that he still believes he can be elected to an important position despite what we know about Digital Vibes and the shocking findings about his own conduct.

In this process, Mkhize hadn’t granted a single on-the-record interview about the Digital Vibes scandal, over which he resigned from the Cabinet.

This is surely a concession that he knows that he cannot defend his conduct, that it was wrong and that any exchange with the media would be fraught with danger.

But he did not. He resigned.

What has changed between his resignation from the Cabinet over Digital Vibes, and now?

There is certainly no evidence that the SIU, the police, or any other body has changed its view on how and why the money changed hands.

In the end, the important facts remain: Mkhize ensured his friends’ company got a tender, more than R150-million of public money was spent on it, and some of it went back to his family.

All of this during a pandemic.

It is this kind of behaviour, in both allegedly stealing money and running for office, that ANC Chair Gwede Mantashe may have been speaking of in the Eastern Cape this weekend when he said people in the ANC were “arrogant”.

It is obvious that it is exactly this sort of behaviour, in both allegedly indulging in corrupt behaviour and then running for office, that endangers the ANC’s prospect in the 2024 elections.

But in the shorter term, the real race may be between the police and prosecutors, and the ANC’s December conference.

If Mkhize is charged before then, it may be impossible for him to run for any elective office. If he is not, then he may believe he can campaign back into high office in the governing party, after which it is possible that all bets would be off. DM