Shaun Abrahams takes to the floor: The dance of being SA’s sixth NDPP 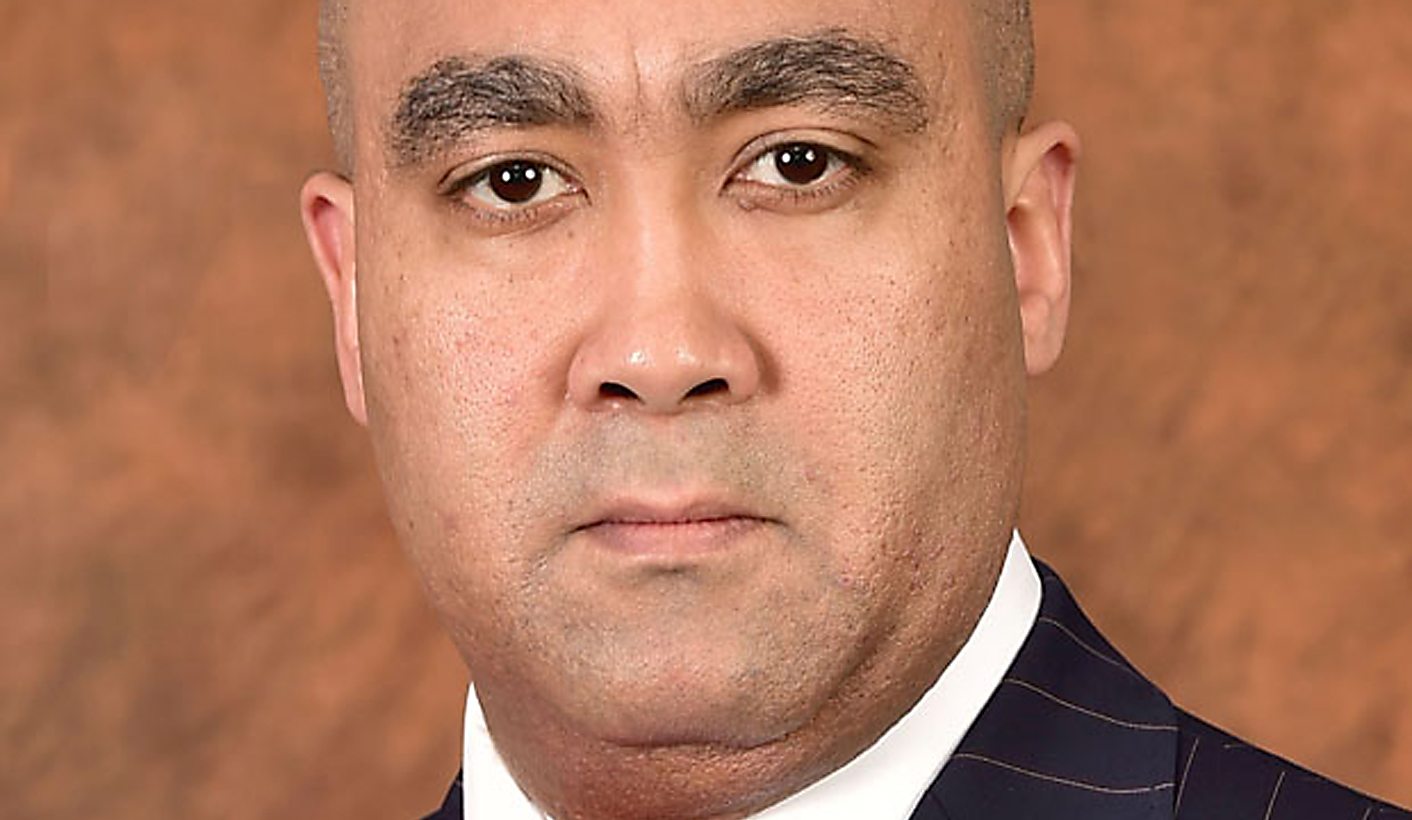 South Africa has a new National Director of Public Prosecutions – the fifth in the 17 years of the NPA’s history. He is advocate Shaun Abrahams, and he's the first insider to be appointed to head the organisation. But the history of the NPA, the politicisation, the murky manipulation, and the president's own particular legal problems make it unlikely that he will be the first person in our history to serve out a full ten-year term in the post. By STEPHEN GROOTES.

Abrahams is one of those people that will have most of us reaching for Google. He has not occupied the upper echelons of the NPA. However, he is a prosecutor, someone who has spent much time actually facing judges and putting bad guys behind bars. This may mean that those who do the work of the NPA finally have one of their own in the chair. Previously, the outsiders who’ve occupied that job haven’t had a happy time. Vusi Pikoli and Menzi Simelane were both former directors-general of the Justice Ministry (which, as it turned out, was about all they had in common). The newly well-off Mxolisi Nxasana was an attorney in private practice. Bulelani Ngcuka was a political activist during the ’80s and an attorney. None of these backgrounds have served to help the person in the end, so perhaps something different is needed.

What is most surprising is how quickly President Jacob Zuma has acted here. Previously, he hasn’t been bothered with leaving one of the country’s most important jobs vacant. Famously, the NPA was left without a proper head for over eighteen months, after Simelane was judged not “fit and proper” for the post, and before Nxasana’s appointment. And even then, it was only when the Council for the Advancement of South Africa’s Constitution began the process of court action that he acted. This time around, he’s appointed a new head within three weeks.

Such lightning speed from the presidency is a novelty. And, given the track record of Zuma, and his predecessor Thabo Mbeki, we probably do have to be fairly cynical about that.

In other words, it’s the usual question: who benefits from this appointment?

It seems unanswerable that the real problem here is that the person who makes the appointment to the NPA is someone who stands to lose the most, should things go wrong for him. Zuma, of course, has to worry about those corruption charges, and the DA’s case aimed at bringing them back is beginning to gain momentum.

Then there is the previous track record. Zuma, we know, and it must be repeated, expunged the criminal record of the husband of one of the NPA’s four deputy heads, Advocate Nomgcobo Jiba. Jiba has been strongly criticised by the Supreme Court of Appeal for her conduct in the cases relating to former Police Crime Intelligence Head Richard Mdluli, and for her position on the Zuma Spy Tapes. From an outside point of view, that looks very much like a quid pro quo. But she thus wouldn’t get around the “fit and proper” criterion that was spelt out in the Constitutional Court’s ruling in the Simelane case. Which means Zuma can’t appoint her, even if she is the first choice.

The immediate suspicion, then, would be that that Abrahams has been appointed because he is someone Zuma trusts. It would run counter to Zuma’s interests to appoint someone who he could not trust. And if there’s one thing we do know about Zuma, it’s that he has a pretty good track record in protecting his interests.

This claim is bolstered by various “inside sources” within the NPA, people who suggest that Abrahams is close to Jiba. The DA’s Justice Spokesperson, and someone who fell foul of Jiba, the former prosecutor Glynnis Breytenbach, said as much almost immediately after news of Abrahams’ appointment came through. Still, she, as a politician, could possibly have her own agenda.

However, all of this speaks to the context of the appointment, and not the person himself. Abrahams is another of those unfortunate people who are tainted almost just because they’ve been appointed by Zuma (increasingly, it looks like Chief Justice Mogoeng Mogoeng seems to be losing the taint and quickly). He himself has not done anything that suggests he does favour one faction or another within the NPA.

But all of this context does matter. It means that every single public question Abrahams will have to answer is going to have a subtext. If he does speak in public soon, he will have to find a way to let everyone know exactly where he stands. And then those pesky journalists will simply move on to whether he believes the criminal charges against Zuma should have been withdrawn or not.

His other big internal problem is that he’s jumped several rungs on the ladder. He is now senior to the people who were giving him orders at the start of the week. While lawyers tend to have the EQ to deal with that sort of thing, it’s still not going to be very easy. Some will feel more than annoyed, others that their time is simply up, and it’s time for them to leave. At a time when the NPA has been buffeted by political storms for so long, morale in the organisation is a very real issue.

But all of this really pales into insignificance when compared to one central problem. The NPA is now perceived as an organisation that makes decisions for political reasons. The Mdluli case was dropped until judges ordered it reinstated. The NPA refused to hand over the Zuma Spy Tapes to the DA; judges criticised that. Jiba instituted charges against the head of the Hawks in KZN, Johan Booysen, until a judge threw that out. And lurking at the back of all of this, the fatal sin of the NPA, as it were, was the original decision to drop the charges against Zuma himself. But that was not the original sin, even – the original sin was probably Ngcuka’s decision to prosecute Schabir Shaik, and not Zuma, back in 2003.

Almost since that moment, that moment when Ngcuka declined to prosecute Zuma despite prima facie evidence against him, the organisation has been stuck in the mud of politics. For the organisation to recover from all of this, it’s going to take someone who is not just independently minded, who prosecutes fairly and without fear or favour, but someone who is perceived to do that. Someone who makes decisions about whether to prosecute cases solely on whether he believes that the case is winnable in court.

It would be easy to say that Abrahams should simply be that person. But many people think Pikoli was that person, and look what happened to him when he tried to prosecute Jackie Selebi (successfully). Look what happened when Nxasana appeared to show independence.

This means that Abrahams has to somehow do even more than that. He has to be both independent (and perceived as independent) and manage not to get fired. The latter by the person who appointed him, and at the same time has the most to lose if he does act independently.

Unfortunately for him, there is not going to be too much time to consider how to approach these issues. The first test for him, both as a prosecutor, and in the court of public opinion, is likely to be whether he presses ahead with the criminal charges against Jiba herself. If he uses his power to withdraw them, he’s going to be seen as in her faction, and that could be the end of his hopes to appear independent.

Excuse the cynicism, but he would have to be almost superhuman to tread the tripwire that is this job for very long. But at least, if he fails, he has the consolation of knowing that he shouldn’t have to ever work again.DM