Just add a glass of wine 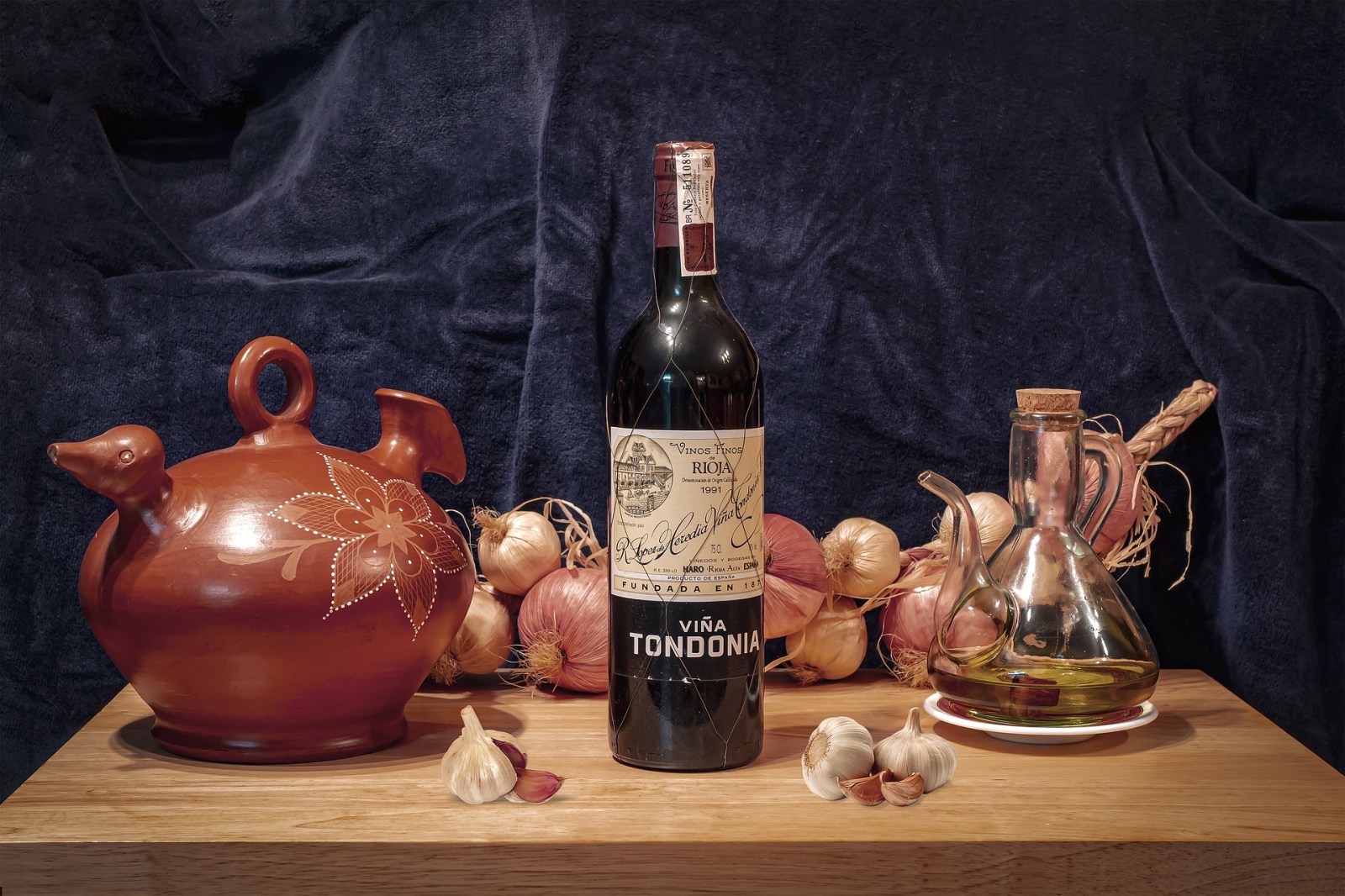 But not only to the chef. To the food, as Tony Jackman does, a lot.

When yet another wine snob asserts, loudly and in immodest tones, that only the finest wines should be used in cooking, it’s best I quietly leave the room, otherwise my unprintable retort would render him even redder in the face than has been imparted by the wine that has loosened his tongue.

Richard Olney, the American-in-Paris whose The French Menu Cookbook I greatly admire, was a man of bold assertions, just as he was elegant of thought. “A wine,” he wrote, “that is not good to drink is useless in the kitchen, but because wines are transformed when boiled or simmered, their original character completely altered, it is foolish to waste a great wine in this context.” In that nutshell he perfectly summed up how wine should be used in cooking. A reasonable quality will do well. That means a middle of the road quaffer, rather than almost any wine that is greater than that. Drinkable, pleasant to the palate, but if it’s a wine truly to be savoured and prized, it’s not the one for the pot.

To be able to afford to pour your average five-star award-winning wine into the Bordelaise sauce for that 300 g Angus fillet or a Lyonnaise for Coq au Vin suggests unimaginable wealth and foolishness in equal measure. What kind of a budget are they on if they’re happy to pour a lauded wine (for which you may also read, and deduce, “expensive”) into the soup or stock and have it lose, in barely seconds, everything that the time in the vineyards, in the bottle or in oak, have brought to it? Not to mention the craft and love that the viticulturist and vintner have put into its growing and making. And you’re just going to uncork it and… the rest of us wish we had your budget.

Cooking with wine seems extravagant in lean times, let alone when the economy is booming (Remember that? Anyone?), but does soothe the mind and make the ills of the world seem further away. Olney recommended robust, richly-hued reds and lightly acidic young whites. His description of a simple deglaze is a mini lesson and lacks any of the pretentiousness of the wine snob, even though it would be hard to imagine that he was not one: “… a flavourful little juice can be prepared in a few seconds’ time by for any panfried meat by deglazing the pan with wine (whatever is in your glass or closest to hand): the meat is removed, any excess fat poured off, the wine added over high heat, and the browned meat juices that have solidified at the bottom of the pan scraped free with a wooden spatula to dissolve in the wine, which is then reduced almost completely before being poured over the meat”.

I’d forgotten that that must have been where I first learnt that (I have had the book since 1988), but I have done it hundreds of times, including with brandy or whisky as a deglazing agent after cooking a thick-cut steak in a skillet. You can add an extra stage to this. As soon as the sauce has reduced (to the point at which you’d pour it over the meat), add a splash of cream, which quickly bubbles and thickens, and pour that lusciously creamy, vinous reduction over the steak.

Olney also liked to “pour a bottle or two” of red wine over a mirepoix (diced carrot, celery and onion), and simmer until the wine is reduced by three quarters. It’s then strained and “the solids pressed to extract all liquid”. The trick is to work slowly, taking your time to get the wine to boiling point before you start the slow simmering, because “the longer the reduction takes, the more flavour is infused into the wine”. This can be sealed and kept in the fridge. By “bottle or two” he was not referring to the 1992 Lafite.

He offered this little tidbit too, yet another glance into the refinement of his days: “Some thirty peeled cloves of garlic, first simmered in lightly salted water to cover for 15 minutes, drained, and simmered for another five or ten minutes in red wine essence (as described above), provide a wonderful little juice and garnish for a pinkly roasted leg of lamb.”

Finally, he offers salvation for that tired old wine that will never see its youth again: “Certain old wines, faded but not broken, are given a brief resurgence of glory, their lost vitality restored, when poured over lightly sugared fresh fruit – claret on strawberries or Sauternes on sliced peaches”. We might adapt that to Pinotage on strawberries or Vin de Constance on stewed quinces, now quietly slipping out of season.

C Louis Leopoldt’s way with wine is well known. Chiefly, this meant adding “a glass of wine” to almost anything you’re cooking, as well as some to the cook , though I would stop short of the recipe he refers to (but does not recommend) for “potatoes with wine”: “Beat up two large mealy potatoes with some grated nutmeg, an ounce of salt butter and a glass of sherry; add the yolks of two eggs. Shape it into a loaf; paint it with egg yolk beaten up with a little of the white (of the egg), dust it with breadcrumbs and bake it in a buttered dish in the oven. When it is golden brown all over, drench it with a sauce made of egg yolk, wine, sugar and nutmeg, with a little salt, that you have allowed to simmer till moderately thick.”

I think I’ll pass on that and have another sip of wine instead. As for that oft stated “fact” that wine, when cooked, loses all its alcohol, Wikipedia cites an American study which found that alcohol that has been flamed (e.g. flambéed using brandy) retains as much as 75% of its alcohol, and a dish simmered or baked with an alcoholic beverage in it will retain 40% of its alcohol after 25 minutes of cooking, and even after two and a half hours will still hold 5% of it.

Well, that’s good to hear, because the point of alcohol is its flavour and its character, and without any alcohol left in it, that would all be gone too. So, cheers to all that. Find a recipe to match here. DM/TGIFood