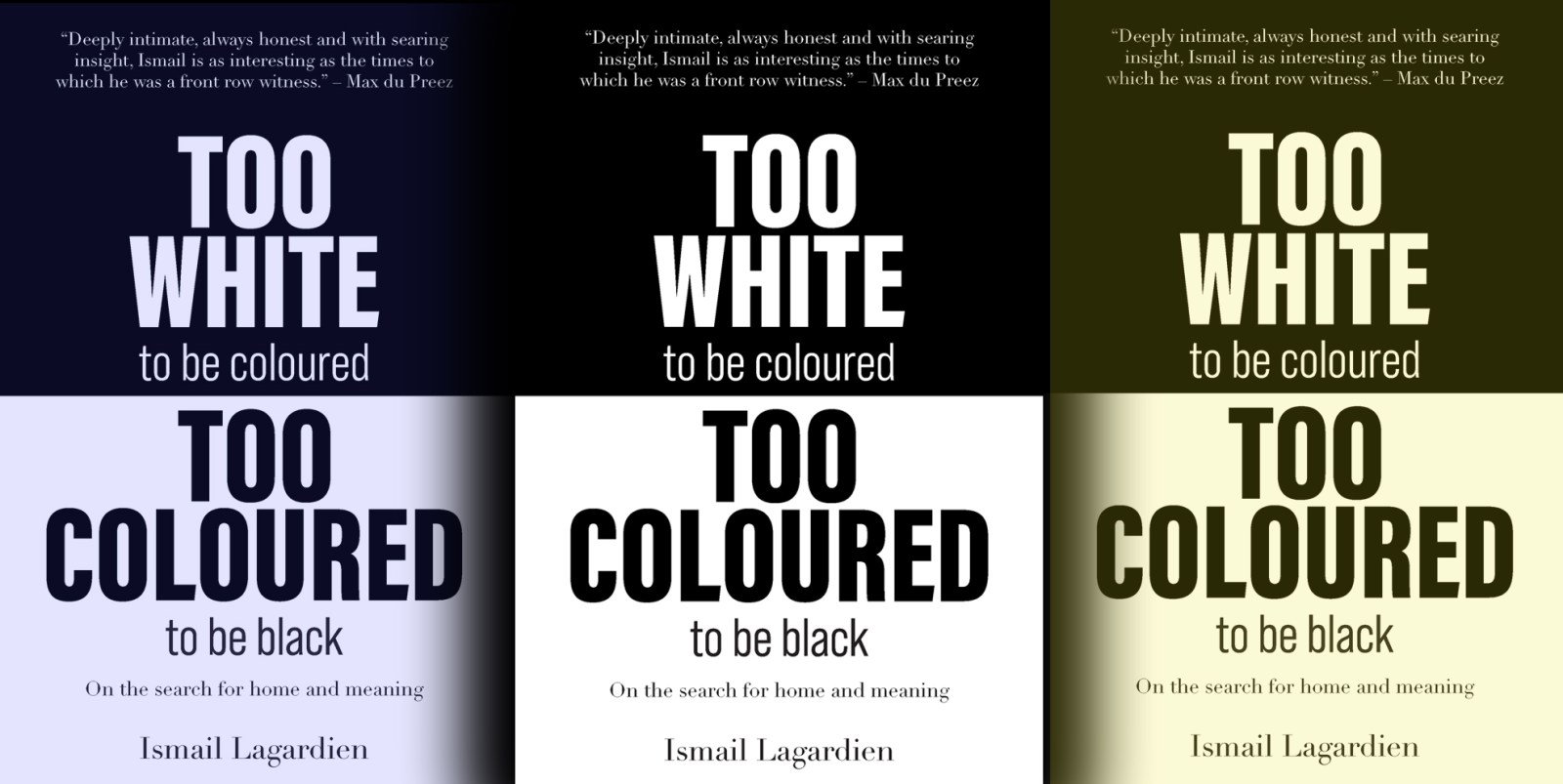 Lagardien tells the story of a boy who made good despite the ways in which race classification stymied and sliced through his life.

Everywhere I go, so-called coloured people complain they are a nowhere people: too black to be white under apartheid and too white to be black in freedom times.

This sense of alienation, in a group whose net population growth is higher than that of white and Indian South Africans, is reshaping politics. Gayton McKenzie’s Patriotic Alliance is a party shooting up the charts by making a concerted play for the coloured vote.

Ismail Lagardien has used this newish political terminology and description to write his memoir, Too White to be Coloured, Too Coloured to be Black, which tells the story of a fabulous life. Now a Daily Maverick, Business Day and Vrye Weekblad columnist and essayist, Lagardien has already lived a storied life (there’s a lot more left to tell, clearly, so perhaps this is Part One of his memoir).

The overarching theme is of how Lagardien has always suffered because of his complexion (he is fair) which has defined how the world sees and understands him, both under apartheid and in the freedom years. It is a perception entirely at odds with how he understands himself and actualises himself.

“I have worn my fair skin like a leaden cloak throughout my life. It has been the cause of beatings, ridicule, and ill-judgments but also of intrigue, insight and laughter… It satisfied nobody.”

Growing up, he was bullied on the streets of Fietas where he was born to mixed-race parents. He reveals that he was viciously raped as a young man, in a section of the book that is a painful but brave revelation.

Fietas is now Pageview near Fordsburg in Johannesburg – in the 1950s when he was born, the area was a mixed-race melting pot and an entrepreneurial hub. Residents fought a brave battle against forced removals in the1970s – the Oriental Plaza was built to house the retailers turfed out of Fietas.

It was from that milieu that Lagardien emerged to become an ace photojournalist.  He worked part-time at the Weekly Mail with a day job at The Star. He writes about how photographers connived with the police and about how he was marginalised when he objected.

As a young trainee journalist at the time, I remember Lagardien as a chief political correspondent in the Nelson Mandela era. He worked for The Sowetan and he writes lovingly of his time in the eponymous newsroom based in Industria, the industrial hub, back then, of Johannesburg.

Under the legendary editor Aggrey Klaaste, Lagardien flourished and grew wings, finally finding a place where the melanin level of his skin did not define him. He travelled extensively and found himself most comfortable in Malaysia, where his upbringing in Fietas meant he could understand some words. Afrikaans was first written in Arabic script because of the slaves who were brought to the Cape and their lingua franca migrating inward as liberated slaves moved south.

After studying, Lagardien got a job at the World Bank where he was a speech-writer for its then chief economist, the Nobel Prize laureate Joseph Stiglitz. His insider account of his time there is fascinating.

Now, Lagardien writes from the hamlet of Pringle Bay where he lives. He is recovering from being attacked in a street protest on his way back from a shopping trip to Kleinmond.  He writes poignantly about the attack and his recovery and about the assimilation of violence into the seam of life.

Lagardien’s memoir is the story of a boy who made good despite the ways in which race classification stymied and sliced through his life – and about his spirited determination not to be defined by the melanin level of his skin. DM/ ML

Too White to be coloured, Too Coloured to be black by Ismail Lagardien, is published by Melinda Ferguson Books, 2022. Retail price: R290