Despite all SA’s achievements since 1994, ‘we are not yet where we want to be’, says Ramaphosa 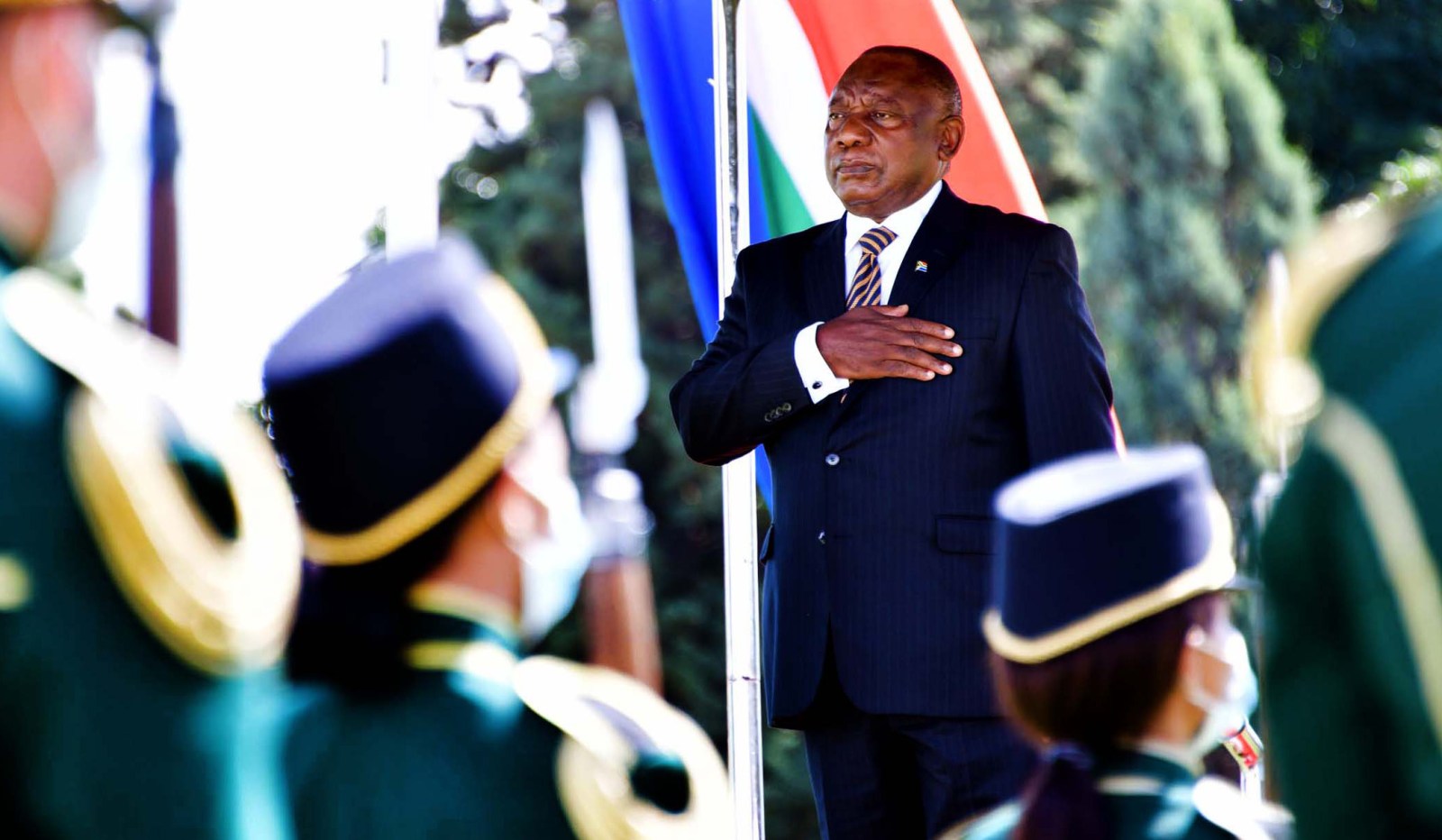 South Africa has made strides since the dawn of democracy in 1994 — but it has fallen short of implementing many of the precepts of the Freedom Charter and there is much work to be done, President Cyril Ramaphosa said in his Freedom Day speech.

The ruling ANC and the government face many challenges in eradicating poverty, unemployment, crime, gender-based violence and especially corruption, which has left many municipalities unable to deliver effective services.

This was the gist of the message in President Cyril Ramaphosa’s Freedom Day address at Middelburg, Mpumalanga on Wednesday.

The President pointed out that Freedom Day signified that 28 years ago, when South Africa buried the apartheid regime, it gave birth to a new democratic country — a democracy free of discrimination, where everyone is deemed equal, has the freedom to move without restriction and access to education, housing and electricity.

“Twenty-eight years ago, just before midnight on 23 April 1994, the old South African flag was lowered. This is a flag that for 66 years had been a symbol of repression, oppression, discrimination and segregation. Moments later the flag of the democratic SA was raised for the first time.

“On 27 April 1994, nearly 20 million South Africans went to cast their votes for the first time. We recall the immortal words of Nelson Mandela on the day of his inauguration when he said: ‘Never, never and never again shall it be that this beautiful land will again experience the oppression of one by another. Let freedom reign,’ ” said Ramaphosa.

Covering the challenges as well as the fruits of freedom, the President said that in South Africa today:

But land distribution, Ramaphosa said, is still a burning issue, and the government is addressing it.

He reiterated that despite all these achievements, “We are not yet where we want to be. Many people will be asking what is this freedom worth and what are we celebrating.

“We admit we are not where we want to be. We want to be where the Freedom Charter, a document that underpins our Constitutional architecture, wants us to be.”

The President compared the journey the governing party embarked on in 1994 to the Exodus of the Israelites and admitted: “We have realised that some things didn’t work as well as they should have.”

The vision of a democratic South Africa, Ramaphosa said, was blurred over time by corruption, State Capture and the Covid-19 pandemic.

To rebuild the country, the President said, the government needs to overcome poverty, unemployment and inequality. The government aims to achieve this through its Economic Reconstruction and Recovery Plan, which will create a conducive environment for those who have money to invest in South Africa’s economy.

Ramaphosa said: “We must consolidate our efforts to deliver on our promises by managing public resources properly and wisely and by taking a firm stand against corruption. Our people are tired of corruption, they want municipalities that work for them.

The President said he was deeply troubled by the increasing spate of attacks perpetrated by South Africans against foreigners.

In one particularly horrifying attack this month, Zimbabwean national Elvis Nyathi was dragged out of his house by a mob, beaten, stoned and set alight in Diepsloot, Gauteng.

“There can be no doubt that we must work urgently together to resolve the issues of illegal immigration and the impact that is having on our economy and society.

“There can never be any justification for us to perpetrate acts of violence against people who come to our country. For those who seek refuge from persecution and have legitimate grounds and legal right to be here, they must find SA a welcoming place,” said the President.

After a minute of silence for those who died in the recent devastating floods in KwaZulu-Natal, Ramaphosa lambasted those trying to thwart relief efforts.

“We have seen in KZN as relief efforts got under way to those who needed it most, that some people have gone out their way to start helping themselves and some even stealing.”

Meanwhile, also on Freedom Day, a group of Operation Dudula supporters gathered at the sports ground near the Olympia Park Stadium in Rustenburg, with the intention of starting a branch committee.

DA leader John Steenhuisen, in his speech in Gqanqu Village in the Eastern Cape, told supporters: “It is smart to know that living in a deep rural area does not mean you have to accept a lifetime of poverty.”

He said Freedom Day is an extraordinary day on which the dream of political freedom for all became a reality and a day when the nation was filled with the hope and expectation of a better life for all.

“But 28 years on, there is growing poverty, joblessness and chaos caused by the ANC government. Over 30 million South Africans are trapped in deep poverty.