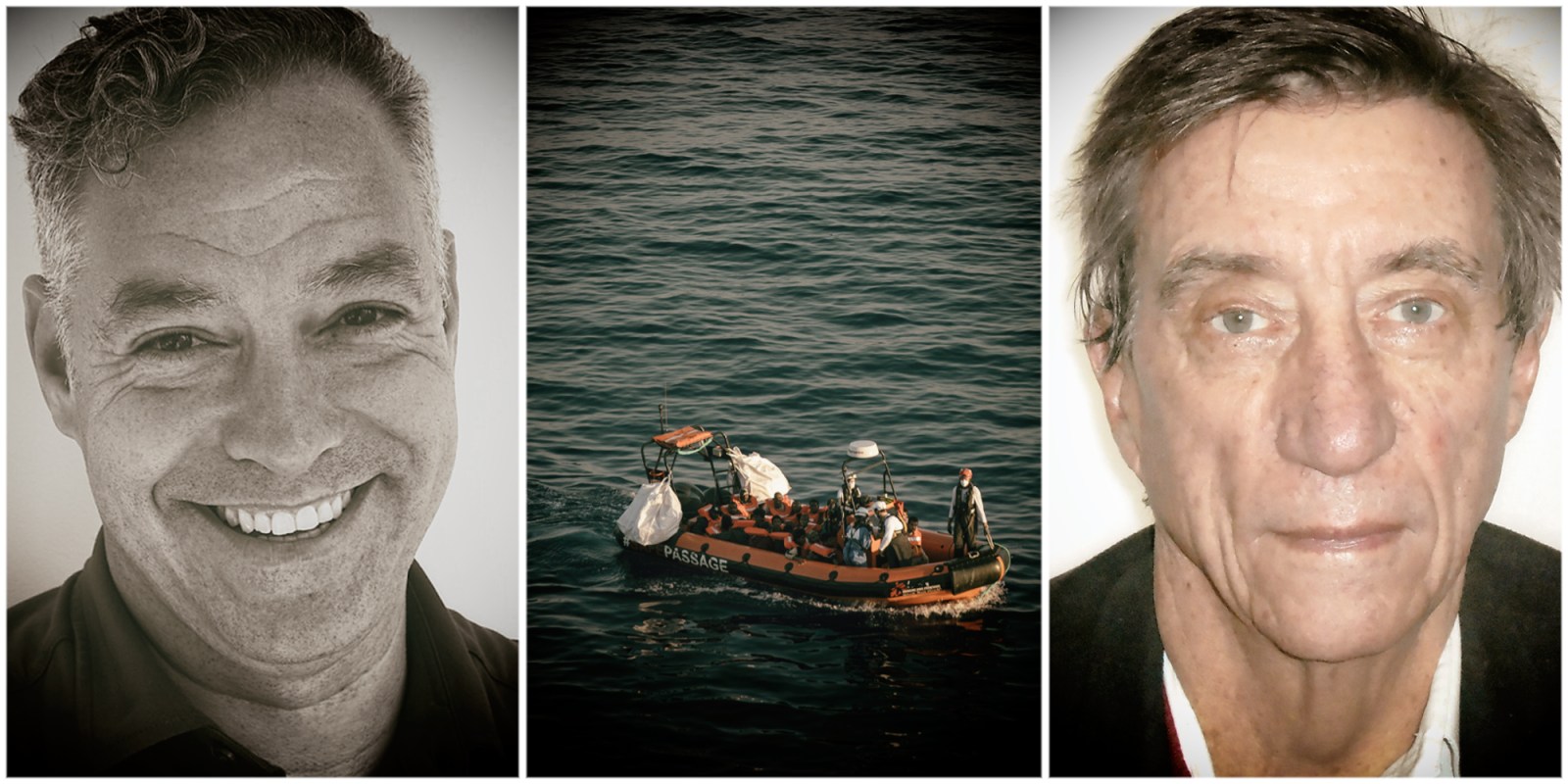 Ian Urbina has uncovered the brutal treatment of migrants at the hands of the EU-funded Libyan coastguard. Here, he explains why this ‘abhorrent’ system needs to change.

The European Union will have to find a more sustainable way of dealing with migrants from Africa as climate factors will drive millions from their home in the next few decades.

This is according to director of The Outlaw Ocean Project and Washington-based journalist Ian Urbina, who told Daily Maverick foreign policy journalist Peter Fabricius during a Daily Maverick webinar that the EU’s outsourcing the policing of its migrants to a failed state like Libya has led to human rights abuses.

The US had done the same with Mexico on its border with that country.

“You can get around human rights norms if you house them outside your border,” he said.

The World Bank has predicted that climate change could displace 216 million people across the globe in the next 30 years, and this could worsen brutality against migrants if policies aren’t changed.

“Europe is presenting [their policies] as a humanitarian rescue effort,” Urbina said, but there were differences of opinion within the bloc about this.

Those who support more funding for the EU to fund its current response say they’re trying to fund the Libyan coastguard to save the lives of desperate people before human traffickers take advantage of them, he said. They say: “We are trying to police our border as any state is entitled to.”

“The standard reply focuses on the Libyan coastguard and it says nothing of what happens when those people are returned to Libya. They (the EU) know once they are returned, what happens to them is abhorrent.”

The blame is then shifted to the Libyans.

But not everyone in the EU thinks that way. Urbina said his organisation’s investigation into the abuses was supported by some legislators in the EU, who felt that more journalism on the topic is important.

“Some say this is what they have been claiming all along, but they are now better empowered to make the point.”

Legal action against what is happening was, however, difficult due to the nature of the operations.

In response to questions from Fabricius, Urbina said the average length of stay of migrants in Libyan camps is seven to 13 months.

Many are squeezed by extortion, such as being charged $500 to make a phone call to a relative who can bail them out.

“If someone does not have anyone who can send them the money, they get tortured or sold off to another facility, or they let them loose.”

Others are used for forced labour, in agriculture and construction, even sex work.

Those who are released end up in Gargaresh, a nearby slum, from where they could keep trying to cross into Europe. Once they are caught, the cycle repeats, which means this has become an acute problem.

Most head for Italy because it’s the nearest land point. “If the Italians catch you, you go through the system there. If nobody catches you, you make your way through Europe,” Urbina said.

A small number of migrants give up and return to their countries of origin through traffickers, or to Europe where they ask to return home.

Urbina said those trying to cross into Europe number between 20,000 and 25,000, down from almost half a million at the height of the migration, due to the work of the Libyan coastguard.

NGOs had been squeezed out of being able to help migrants, and port administration had been weaponised against them.

These policies had to change. “It is not sustainable to outsource this to a failed state,” especially if a rising number of migrants was expected to cross.

He said a long-term solution had to be found, although in the short term the EU could impose conditions on funding the coastguard. “You [can] say, ‘unless you improve the facilities, we aren’t going to keep on giving money’.”

Humanitarian visits should be allowed at the facilities, Urbina added. “This is a more humane way of tying the revenue with the handling of the migrants.”

Fabricius suggested that a more fundamental solution would be development aid to the countries that migrants leave. Urbina said it is one of the tools, but “if you look at a 20-year arc, people are going to keep coming in(to Europe)”.

“I don’t think centres should be in third-party or warzone states. It should be in the country of arrival where you can impose your own laws, oversights, and where journalists can see it,” Urbina said, adding that detention centres had a role and could not be done away with.

But these were expensive, financially and logistically, but also politically, in countries where foreigner-bashing has become a useful tool for populists. DM

‘Day of the Assassins’: The killers who stalk the shadows of political life