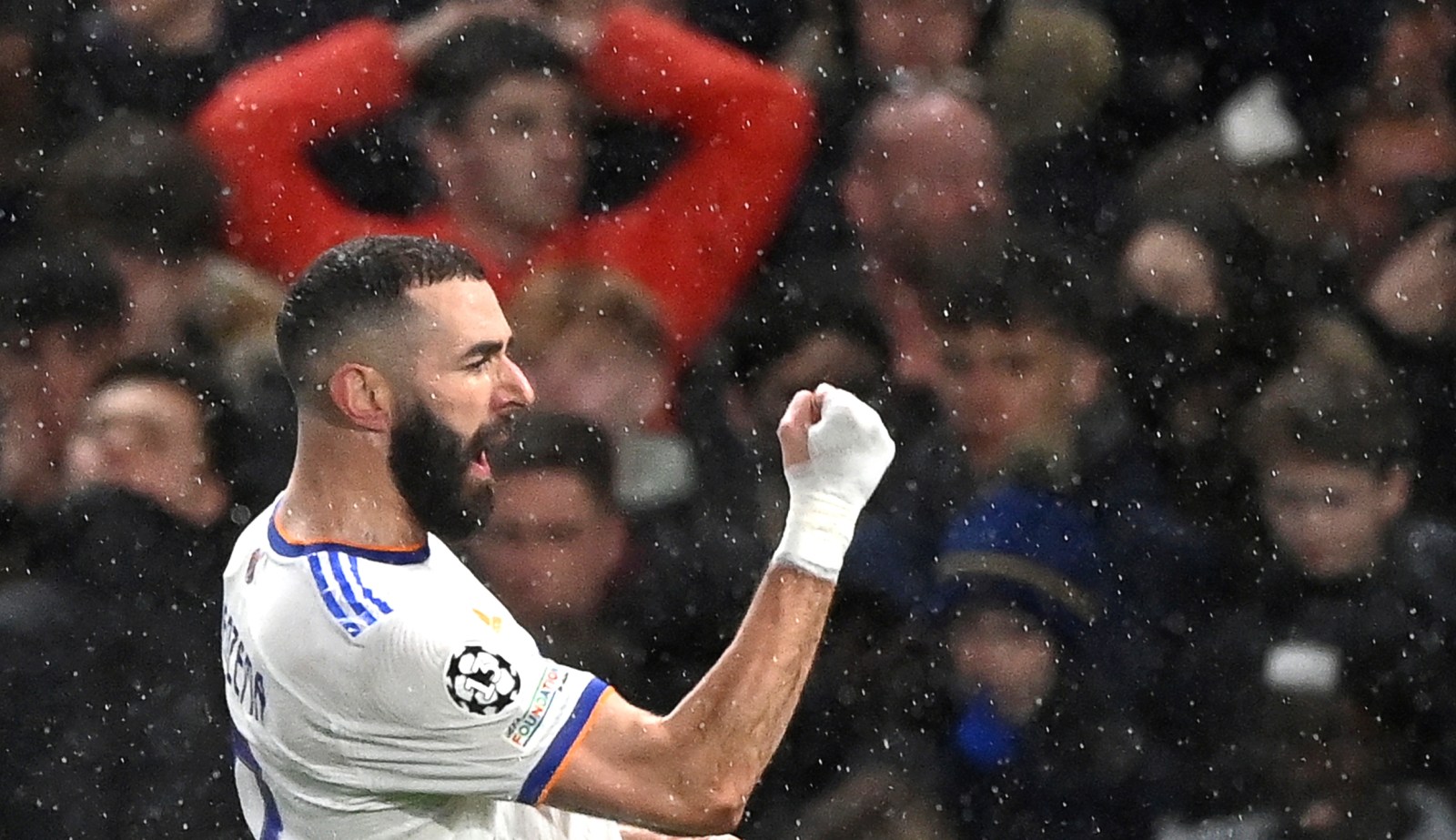 Chelsea’s Champions League title defence is all but over after Karim Benzema’s heroics.

The 34-year-old French forward, who seems to be ageing like the fine wines that his country produces, was at his ruthless best to hand Real Madrid a massive 3-1 advantage heading into the second leg of their quarterfinal tie with 2021 champions, Chelsea.

The Los Blancos skipper, who has been in scintillating form over the past two seasons, netted a stunning hat-trick to condemn the reigning champions to defeat in front of their home crowd in London.

It was Benzema’s second consecutive hat-trick after he also grabbed a trio when Madrid ousted Paris Saint-Germain (PSG) in the previous round. It took his tally for the past two seasons to 64 goals in 78 La Liga and Champions League games. This includes 17 goals in 18 matches of Europe’s premier club competition for the prolific forward, who has been irreplaceable for Madrid since Cristiano Ronaldo’s departure in 2018.

Time and again, the Spanish side caught Chelsea on the counter, before Benzema finally made them pay with a deft header from a Vinicius Junior cross from the left-hand side. Two minutes later, Benzema scored his second, this time guiding Luka Modrić’s cross from the right past Chelsea goalkeeper Édouard Mendy – again with his head. His third came early in the second half as he intercepted Mendy’s soft pass to Antonio Rüdiger and guided the ball into an empty net.

“They’re magic nights, like the other day at the Bernabéu [Stadium] against Paris. Today, we came out to win, to show we’re Real Madrid. Things worked out well for us as we played well – from the first minute to the last,” said Benzema after the game.

“We had good control of the game, were dangerous on the counter-attack. It was a good night, but it is only half-time and we have to look ahead,” added Real Madrid’s coach, Carlo Ancelotti.

The defeat subjected Chelsea to a second humiliation on the trot in front of their faithful. They suffered a 4-1 league defeat at the hands of Brentford a week ago.

The drubbing marked the first time that the Blues have conceded three goals or more at home since 2012. Chelsea mentor Thomas Tuchel says they have to find a solution to their problems, hastily.

“It’s on all of us. I’m included in this,” Tuchel told journalists. “Individually we lost shape and challenges. Obviously, since the international break, we don’t look the same and I don’t really have an explanation.

“We can play much better. We can hurt Real Madrid much more, but we were far off our level and that is very disappointing because it is a night when you need to be spot on. It is the moment now to find an end to this period of conceding goals and losing games very quickly because we are in an absolutely crucial time of the season.”

Madrid, with the backing of their raucous fans, will be hopeful of sealing their place in a second consecutive Champions League semifinal. Chelsea, on the other hand, will be hoping to pull off a daring comeback victory when the return leg plays out on 12 April.

Chelsea’s fellow English clubs Liverpool and Manchester City, both favourites for this season’s European title, did not face such challenges in their last-eight fixtures versus Benfica and Atlético respectively.

The Reds of Liverpool walked away with a comfortable 3-1 lead heading into the second leg at home, where they are likely to extend that advantage, backed by their impassioned support base.

Goals from Ibrahima Konate, Sadio Mané and Luis Díaz earned Liverpool a comfortable victory in Lisbon, but it could have been much worse for the Portuguese club.

“We should have scored much more,” Liverpool manager Jürgen Klopp told BT Sport after the game. “I think [we didn’t], mainly because of their goalkeeper. Credit to him.

“Their goalkeeper [Odysseas Vlachodimos] was probably the game’s best player. We played well, but he made a couple of really good saves.”

City’s advantage is not so significant after they ground out a 1-0 win against an extremely defensive Atlético side. Kevin de Bruyne’s 70th-minute goal was enough to see them carry a winning advantage to Madrid in the return leg.

Elsewhere, German giants Bayern Munich have it all to do after falling 1-0 to Villareal in their quarterfinal first leg.

“We need to pick ourselves back up for the return leg and hit them back,” he said. DM168