A history of Easter feasts and why the English breakfas... 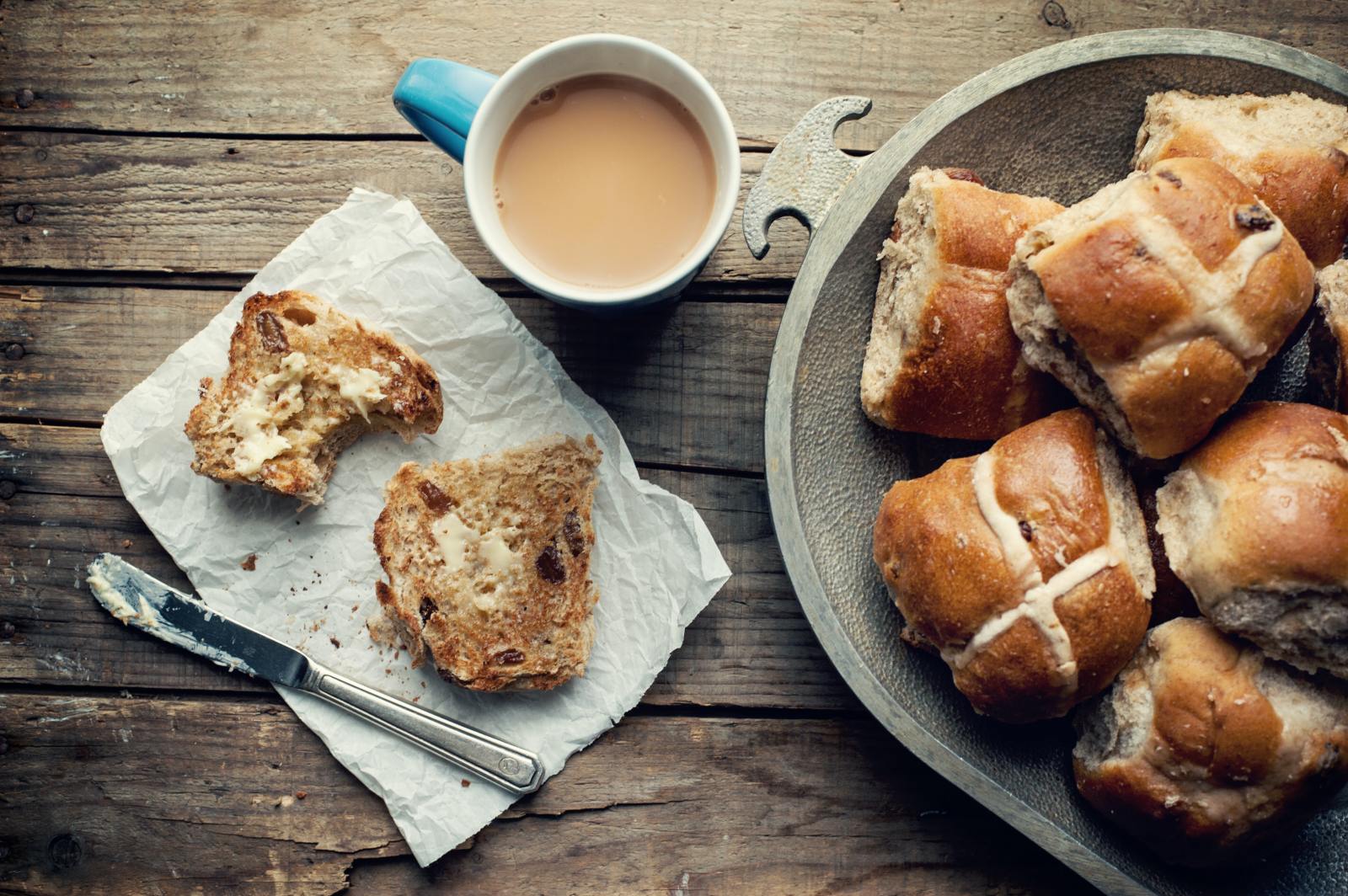 Easter is the principal festival of the Christian year. Both Easter and its long prelude Lent have traditions associated with food. Lent is traditionally a time of giving up food, especially meat and dairy. Easter is, by contrast, a feast.

From around the seventh century, prayers in the north Italian monastery of Bobbio, founded by the Irish monk Columbanus, blessed lamb eaten for Easter lunch. Two centuries later, roast lamb at Easter had been adopted more widely by the papacy, the leaders of the Catholic church.

Lamb was certainly a meat with specific links to the festival, but traces of other foodstuffs now associated with Easter and Lent can also be found in the period. A good example is simnels – not the almond cake but a very high-quality wheat loaf, known across medieval Europe. Medieval bread came in many different forms and qualities. Simnels as white wheat bread were at the top of the pile.

During Lent medieval society operated within a system of dietary regulation set by the church. This involved abstinence from meat on particular days, for example, Fridays and periods before major church festivals. Fish was therefore important for Lenten diets, for those that could afford it. Of especial importance was the range of dried sea fish that formed one of the mainstays of the northern European economy.

Drying (stockfish) and salting were the two principal methods of preservation, with herring and cod the dominant species. Freshwater fish including trout, pike and, in some cases, sturgeon seem to have been served in elite households. Large fish such as sturgeon also feature in many stories of the saints, for example Anselm of Canterbury, (1033-1109) and Bernard of Clairvaux (1091-1153).

The Lenten fast also banned dairy. The beginning of Lent was marked gastronomically by Shrove Tuesday, perhaps more familiar as Pancake Day, where people used up their stocks of eggs and animal fat. Less known is Collop Monday, an occasion to eat up preserved meats such as bacon in slices – collops. Take the two together and you have bacon and eggs, the origin, perhaps, as historian Chris Woolgar suggests, of the “English” breakfast.

Although eggs were not allowed during the Lenten fast, ingenious medieval chefs created confectionery alternatives. A fascinating recipe for “eggs in Lent” is recorded in the British Library, from about 1430.

“Take eggs and blow out their insides through the other end. Then wash the shell clean in warm water; take good almond milk and set it on the fire, and take a fair cloth and pour the milk onto it and let the water run through. Then take the residue on the cloth and gather it together in a dish and add enough sugar to it. Then take half and colour it with a little saffron, and also add ground cinnamon. Then take some of the ‘white’ (the uncoloured mixture) and put it in the lower end of the shell, and put the ‘yolk’ (the coloured mixture) in the middle, and fill up the shell with (the remaining) white – but not too full in case it runs over. Then set it in the fire and roast it, and serve.”

Easter day was the end of 40 days of moderation and restraint and the moment when flesh and dairy could be consumed again. An example comes from 1290 and the celebrations of the bishop of Hereford, Richard Swinfield , at his manor at Colwall, about 20 miles from Hereford. Unusually for the period, we have a full set of accounts for his household for 1289-90.

The accounts show the amount of hay required for horses, allowing an estimate of at least 70 guests for the feast. Preparations include an unquantified amount of bread and ale and 11 sextaries of wine (about 66 gallons). And then, two and a half carcasses of salt beef, a bacon, two boars, one live ox, two fresh beef carcasses, five pigs, six calves, 27 lambs, 12 capons, 148 pigeons, three fat deer, milk, cheese, flour, suet, three bushels of salt and 4,000 eggs.

Richard Swinfield’s Easter feast includes, as we should expect, lamb, which was almost certainly roasted. A near-contemporary recipe (now in the British Library) details how to prepare a roasted lamb – filled with spices and ginger.

“Instructions for roasting kid in its skin. Take the kid and slaughter it; scald like a young hog, clean and dress it; then put it on a spit; in it, put fine spices and a good filling made with the same spices, adding saffron and salt; then put it to roast; when it is hot, lard it with long lardoons; when it is cooked, remove it from the spit and serve it with the filling and good ginger.”

And while chocolate eggs had no place in the Middle Ages, decorated eggs did. A very early example comes from Edward I of England, who, according to his household accounts, spent some 18 pence on 450 eggs decorated with gold leaf or dyed. This was for Easter in 1290 when these eggs were offered to the royal household. There were, however, definitely no Easter bunnies. DM/ML

Giles Gasper is a Professor in High Medieval History at Durham University.