We’re recycling potato skins to make prebiotics: here’s why that’s good for your gut – and the planet 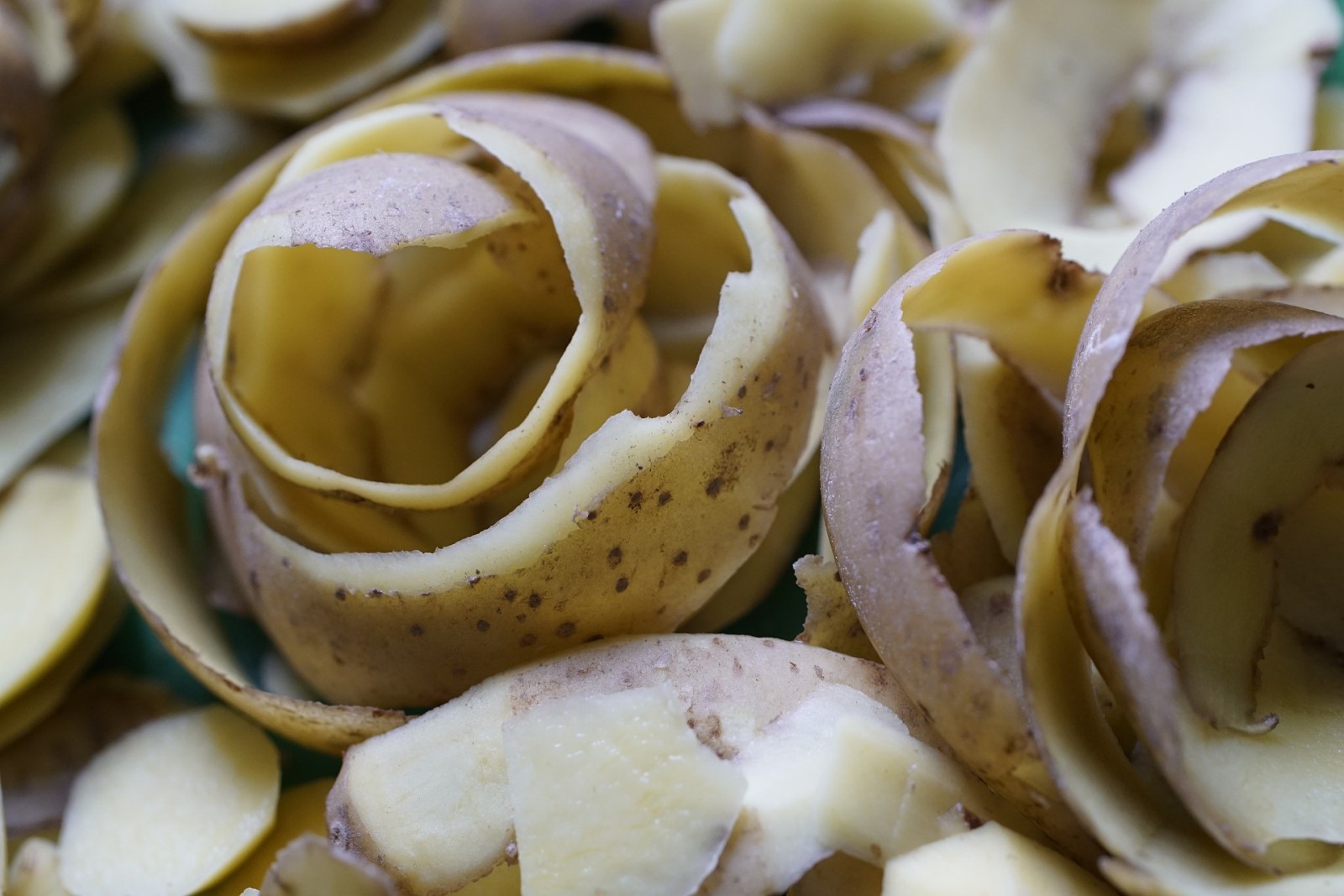 It’s an unbelievable tragedy that a third of the world’s food is wasted. To put that in perspective, it would take an area the size of China to grow that much food – and if food waste were a country it would be the world’s third-largest greenhouse gas emitter.

Reducing the amount of food we discard is imperative – it’s a major threat to our climate, food security and the global economy. Everyone can play a role in addressing this problem by eliminating unnecessary food wastage. But despite our best efforts there will always be some, and it’s really important that we make the best use of it.

One way to approach this goal is to use a food waste management hierarchy. The first priority is to minimise waste (for example by using up leftovers or buying wonky fruit and veg) or to redistribute unavoidable waste to hungry people or animals.

But a large amount of food waste is inedible – either because it has gone off, become contaminated, or is an inedible co-product of the food industry such as onion skins or cocoa bean shells. These products are then either recycled for relatively low value purposes (such as to make fertiliser or generate energy) or disposed of as landfill.

But a new category is emerging in this hierarchy – recycling that retains the value of the food molecules so that they can still be used for their intended purpose of providing health and nutritional benefits. One example of this is the production of prebiotics.

Food for the gut

Prebiotics are a group of nutrients (mostly carbohydrates) that are resistant to the acidic conditions found in the human gut and boost the growth of beneficial bacteria. Various types of these non-digestible carbohydrates are found naturally in fruits and vegetables such as asparagus, chicory, jerusalem artichoke, beans, chickpeas, bananas and apples. Human milk is also known to be rich in prebiotic oligosaccharides (a simple sugar), which have been shown to promote a specific group of beneficial gut microorganisms called bifidobacteria.

It has been shown that consuming prebiotics boosts overall digestive health by improving the absorption of micronutrients such as calcium, changing the rate at which certain foods lead to spikes in blood sugar, and improving the barrier function of the gut.

Most importantly, prebiotics support the immune system by increasing the number of protective microorganisms in the gut and decreasing harmful bacteria. And the benefits don’t stop there – the growth of healthy bacteria that use prebiotics as their source of energy leads to the production of small molecules called short-chain fatty acids, which enter blood circulation and benefit the immune, cardiovascular and central nervous system.

Although prebiotics naturally exist in foods, they are usually found in low quantities. That’s why scientists are looking into alternative ways to make them on a large scale so that they can be used as supplements or to fortify existing food products.

But nowadays several industries are shifting their focus to synthesise nutrients in a sustainable way by using microorganisms or enzymes that grow on food industry waste – or by developing technologies that are more environmentally friendly.

There is some evidence that pectin oligosaccharides, which have been produced from carbohydrates extracted from certain food waste such as potato peel, could be used to make a prebiotic – but so far it has only been done on a small scale within a lab setting.

These carbohydrates couldn’t be extracted from food waste using existing industrial-scale processes, meaning that until now it hasn’t been possible to produce large enough quantities of pectin oligosaccharides from food waste to test their prebiotic properties in human trials. This was a major stumbling block, so since 2016 we have been working to develop a new process to extract the target carbohydrates from potato waste on a large scale.

The process uses microwave technology – and as it is electrically powered it means that they can use renewable energy sources rather than relying on burning fossil fuels. Unlike similar industrial-scale extraction processes which use acids to extract target molecules, our process uses only water as the solvent. The water diffuses into the plant material, where the pectins are released from the plant cell wall and dissolve into the water.

So, we are now able to extract sufficient quantities of pectin oligosaccharides to test their prebiotic activity – and we’re using a number of different food waste materials in addition to potato waste, such as sugar beet pulp and apple pomace, which are significant co-products of the UK food industry. And the best part is that we only use electrical power and water – no fossil energy and no toxic chemicals.

With this new technology, we hope to produce a new range of novel prebiotic products. That will be good for our health, and help us to reduce the impact of food waste on the environment too. DM/ML

We’re recycling potato skins to make prebiotics: here’s why that’s good for your gut – and the planet