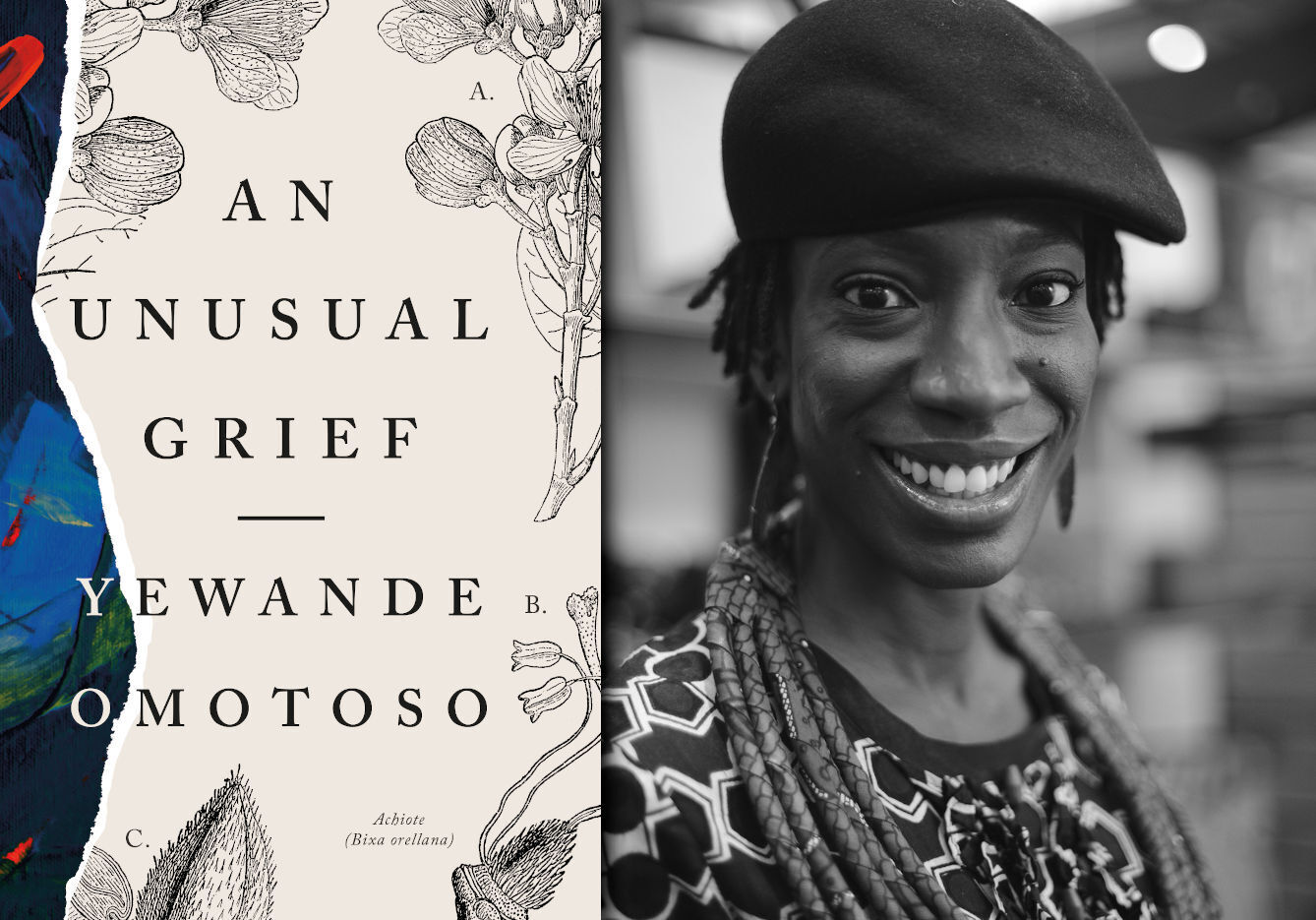 Yewande Omotoso is an author, architect and designer, who was born in Barbados and grew up in Nigeria. She is the author of three novels, ‘Bom Boy’, ‘The Woman Next Door’ and ‘An Unusual Grief’ — all published to local and international acclaim. Her work has been translated into Catalan, Dutch, French, German, Italian and Korean. Here, she chats to The Reading List about her third novel, the highly-anticipated ‘An Unusual Grief’, on shelves now.

The Reading List: We call this interview #TheFlap, but it is based on the Proust Questionnaire, a parlour game made famous by the French writer, who believed that the answers would reveal a person’s true nature…

What were some of the unexpected challenges that came up while you were writing? What was unexpectedly easy?

Yewande Omotoso: Thinking and writing huge tracts of the story and then finding that those bits didn’t belong, having to cut them out — sometimes as much as 20,000 words. That was tough.

I don’t mean to sound miserable but I can’t think of anything that was “easy” per se. The writing (even the unwriting), however difficult and sometimes excruciating (delete 20,000 — ouch), is always a solid joy but I won’t call it “easy”.

TRL: What question do you think readers are going to ask you the most?

Yewande Omotoso: I don’t think they’ll ask but they might wonder — what’s my fetish?

TRL: What are some of the key ideas that inform what you’ve written?

Yewande Omotoso: The idea of someone having to die for others to realise that they’ve been dead and now need to live, that someone’s end can be a catharsis for another’s beginning; the idea of a sexual revolution and that sexiness and sexuality are not only the terrain of the young; the way in which we oppress and self-oppress; how a certain kind of upbringing and religious teaching can leave one strait-jacketed… and how to climb out of that, if at all; the idea of death, in particular suicide; exploring the mythologies of motherhood and marriage; the taboo of doing psychological work, especially if of a certain culture, generation and gender.

TRL: What was the most difficult scene or chapter to write?

Yewande Omotoso: A section of the book is a journal written by Titus, the husband in the story. In other versions of the novel, he had sections in the third person, as does Mojisola, his wife, whose perspective takes up the lion’s share of the book. In some versions, Titus was edited out altogether. When I chose and fought to bring him back into the novel, bring back his voice, I explored the idea of bringing him in via journal entries, first-person narrative. This negotiation and getting his voice right as well as the tone of a journal took many tries.

TRL: If you could co-author a book with anyone, living or dead, who would you choose and what would it be about?

Yewande Omotoso: Hmm, not sure I would co-author thinking so much about the product. I have tried twice to write something with others, both times with dear friends, and it was really hard. But not unpleasant. So for me, it’ll be less about the outcome and rather an opportunity to have an experience with a friend. I won’t do it at all with a stranger and I already write with ghosts, so anyone I’m close to, living, I’ll take it on with.

TRL: What’s the more important daily goal: a certain number of words, or capturing an idea on the page?

Yewande Omotoso: It depends on what stage of the writing I’m in. Early days I’m not trying to get anything right, I’m simply building up an idea (however shaky and imperfect) and stacking words, so word count feels crucial. Much later in my process when I’m reworking a draft the word count is no longer a real issue — I now usually have the large body of text. My concentration turns to moulding, shaping, mediating tone and all that other stuff.

TRL: What’s the best music to write to?

Yewande Omotoso: It’s not something I do. I once wrote to classical music — as an experiment — but found it distracting.

TRL: Do you have an ideal reader in mind while you are writing?

Yewande Omotoso: My mother reading Old Possum’s Book of Practical Cats by TS Eliot. She was very good at reading that book to my brothers and I with cadence, humour and fun-ness.

TRL: After readers have read your book, what should they read next?

Yewande Omotoso: I’m currently reading CA Davids’ How to Be a Revolutionary, and about to re-read Nervous Conditions and This Mournable Body by Tsitsi Dangarembga. I really want to read The First Woman by Jennifer Nansubuga Makumbi, whose writing I admire. If readers have kids like me (or other responsibilities that demand time) then it might be a challenge, but for all these books and so many more, it’s worth it. DM/ ML