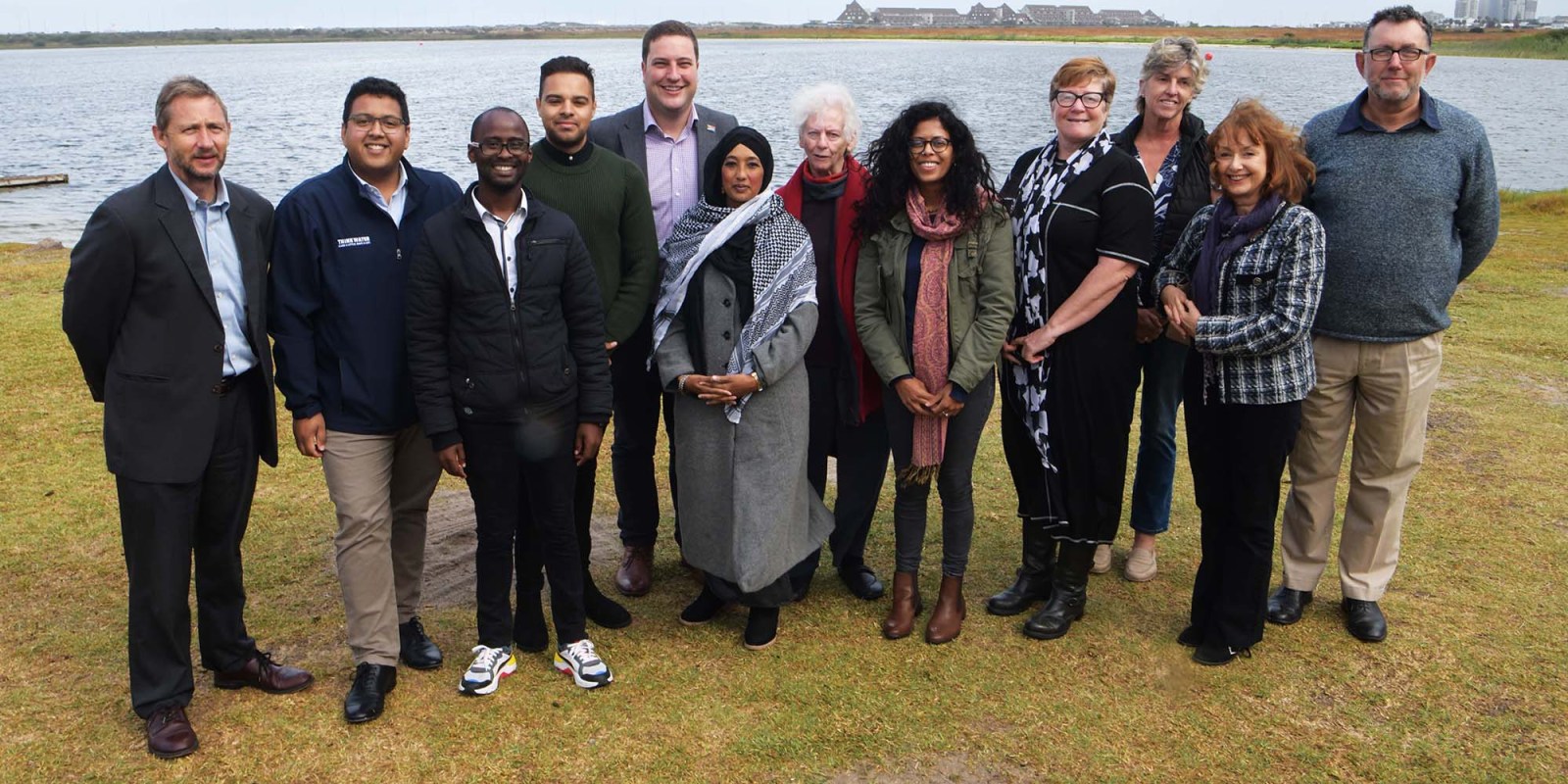 Members of ‘The Water Quality in Wetlands and Waterways Advisory Committee’ that will seek to facilitate and educate communities on ways to keep the City’s waterways clean and protected, as well as their rehabilitation. (Photo: Supplied)

City of Cape Town Mayor Geordin Hill-Lewis has launched a people-centred water advisory committee and says that water quality data will be made publicly available.

City of Cape Town Mayor Geordin Hill-Lewis launched a new water advisory committee on Wednesday to ensure the upkeep of Cape Town’s water bodies is improved and maintained with the input of communities, activists and local experts. The mayor also announced that water quality data tests would be publicly available.

The Water Quality in Wetlands and Waterways Advisory Committee, launched at the Milnerton Aquatic Club, seeks to combine activists, experts and the city in planning ways to mitigate water pollution and restore and protect the city’s waterways.

“This government has made it clear that Cape Town’s vleis and waterways must be cleaned up for safe recreational use by all residents and to protect these precious ecosystems. The committee will share information openly to hold one another accountable and work in a united way on these complex problems,” Hill-Lewis said.

Michael Webster, the executive director of the city’s Water and Sanitation Department, said at the launch that 75% of the city’s water blockages come from foreign objects, adding that the department needed to play a leadership role before engaging with the committee.

The duties of the committee include making recommendations and exploring solutions for catchment drainage and sewage outfalls, communicating with the relevant protected area advisory committees, hosting workshops, facilitating partnerships with organisations and stakeholders, encouraging the development of catchment management plans and carrying out research and inspections.

In addition to the launch of the committee, the mayor announced that the city would make regular water quality data publicly available through the Open Data Portal. The data had been unavailable to the public, with residents and activists using their own means to conduct independent tests. The city reports on coastal quality water tests twice a month, with inland waterbody tests also conducted.

“In the past, the perception has been that the city is unwilling to share information around water quality because it is not readily accessible to the public… The Open Data Portal seeks to meaningfully address this shortcoming,” said Hill-Lewis.

Independent results have exposed discrepancies between the city’s water results and independent results, leading to the opening of Rietvlei after it was found that the E.coli levels there were not as high as previously stated by the city. The city said it would upload the data directly from its testing lab to ensure integrity.

The committee’s deputy chairperson, Alex Lansdowne, said at the launch that the city was among the fastest-growing in South Africa, adding that some people didn’t have access to dignified sanitation facilities. Informal communities have dumped waste in water bodies because of a lack of access to water and sanitation, and limited alternatives.

“So this isn’t only an environmental problem. This is also a human rights issue. And it’s a dignity issue… the more sanitation infrastructure that we roll out across the city to poorer communities will improve the water quality of vleis and water bodies downstream,” Lansdowne said.

Denisha Anand, community conservation specialist for the committee, and restoration manager at Princess Vlei, told Daily Maverick her role was to assist with trust-building between the people and the city in light of the historical neglect by the apartheid government of water bodies near black and brown communities.

“[People] automatically dump their waste in [water bodies] because the government is not providing services. So logically, [people] put things in there because then it’s away from their homes. It keeps their homes clean.

“So automatically, our vleis, wetlands and canals become sites for so-called illegal dumping. But really, that’s people trying to take care of themselves, and so we need to deal with these issues with sensitivity because people are doing what they can to survive,” Anand said.

As the rebranded committee takes on a people-centred approach alongside transparency, the city hopes it will yield positive results, with the mayor hoping to swim in a rehabilitated water body before the end of his term.

“It’s a long-term, difficult project,” said Hill-Lewis of cleaning up the city’s water bodies. “But the city can’t do it alone. And so this is the structure that will bring all those people together.” DM/OBP