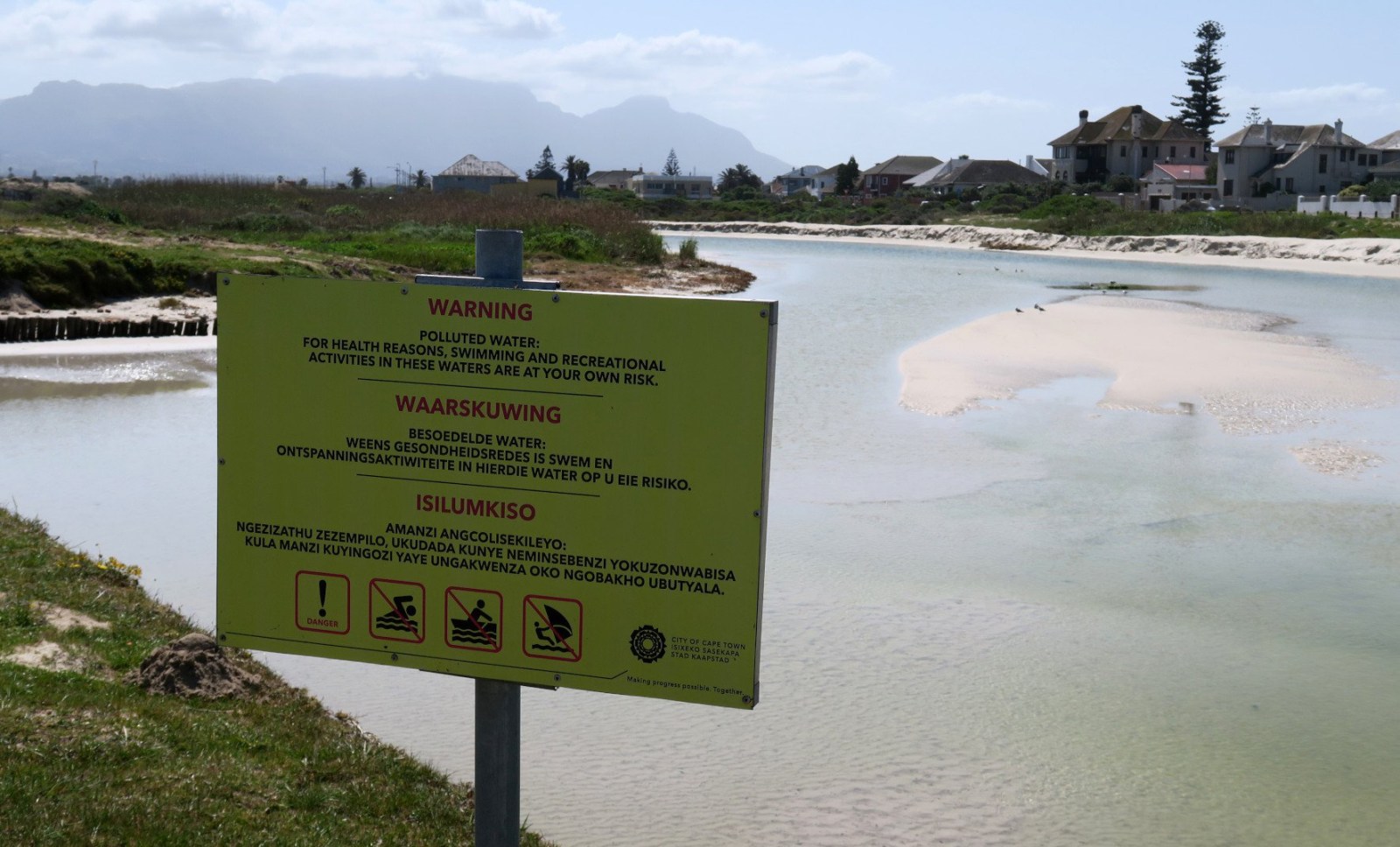 Zandvlei was closed for eight months between May 2021 and February 2022 because City of Cape Town water quality tests revealed levels of sewage pollution posing a health risk. The vlei is a popular site for canoeing and fishing, and is used by Sea Scouts. (Photo: Steve Kretzmann)

Closure of vleis probably prolonged by presence of other pathogens in tests but experts question sampling methods and analysis used.

The closure of three popular vleis in Cape Town for up to eight months due to sewage pollution appears to have been prolonged by contamination of water quality test samples within the City of Cape Town’s Scientific Services Branch.

The City’s laboratory counts the number of E. coli bacteria in a sample. Mayoral Committee Member for Water and Sanitation Dr Zahid Badroodien said the count seemed to have been affected by the presence of other bacteriological pathogens, with the results showing higher E. coli levels than actually present in the water.

The prolonged closure of Rietvlei, Zandvlei, and Zeekoevlei hit local businesses, and prevented the public, particularly children, and members of canoeing and rowing clubs, from engaging in water sports.

Zandvlei, Rietvlei, and Zeekoevlei were closed on 25 May, 15 June, and 24 July last year respectively. Zandvlei was reopened for 11 days in October last year, while Rietvlei was opened for 42 days over November and December before being closed to the public again because of perceived high levels of sewage pollution.

All three vleis were re-opened last month after the City’s water quality results showing high levels of E. coli (a bacterium found in mammalian faeces and an indicator for sewage pollution) were found to be out of kilter with results obtained from independent laboratories, which showed lower E. coli levels.

After engaging with the City’s water and sanitation department, the City conducted a joint testing operation with three other laboratories on 3 February. The City’s results, revealing high levels of E. coli, were at odds with the results from other laboratories, which showed E. coli levels were equal or less than 4,000 colony forming units (cfu) of E. coli per 100ml. This is the upper limit for health risks associated with intermediate contact with the water, which includes activities such as kayaking, fishing, and sailing.

Explaining the findings of an investigation into the differences in results, Badroodien said on Tuesday that water samples obtained during the joint sampling at Rietvlei were analysed using two different methodologies. One was the membrane filtration method, the method the City laboratory has historically used, and the other was the Colilert method used by the commercial laboratories.

“The comparison of the joint samplings indicated that the Colilert method was more comparable with the results of other participants. The membrane filtration method results were still higher in terms of E. coli readings but were comparable to known polluted points of entrance to the vleis,” said Badroodien.

“This needed further investigation, and the plates were taken to an independent laboratory, which confirmed that other bacteriological pathogens were likely to have influenced the higher E. coli readings in the membrane filtration method.”

He said the City regularly takes part in “standardised inter-laboratory testing using the membrane filtration method, which has yielded acceptable outcomes”, and quality control checks were in place. The water quality results using the Colilert method were relied on for the re-opening of Zandvlei and Zeekoevlei, and these results were comparable with those obtained by external laboratories.

Badroodien said that the reasons for the different water quality results using the membrane filtration method and Colilert method were still being investigated and the findings would be reported as soon as the investigation was complete.

‘What is now present that was absent in the past?’

Senior Lecturer Emeritus at Stellenbosch University’s Department of Global Health, Dr Jo Barnes, said the Colilert method has been the preferred method for “at least two decades” and she was surprised the City was still using the membrane filtration method.

Barnes said she found Badroodien’s explanation unconvincing especially since that type of pollution, namely sewage, has been present in that environmental water for a long time.

She questioned why contamination had only become a problem when alternative test results were presented. “What is now present that was absent in the past?”

The City has previously promised that inland water quality data would be made available to the public, and Badroodien said results should be published this month via a web-based platform. DM