Sweden and Finland would be welcomed into Nato, says US...

Sweden and Finland would be welcomed into Nato, says US ambassador 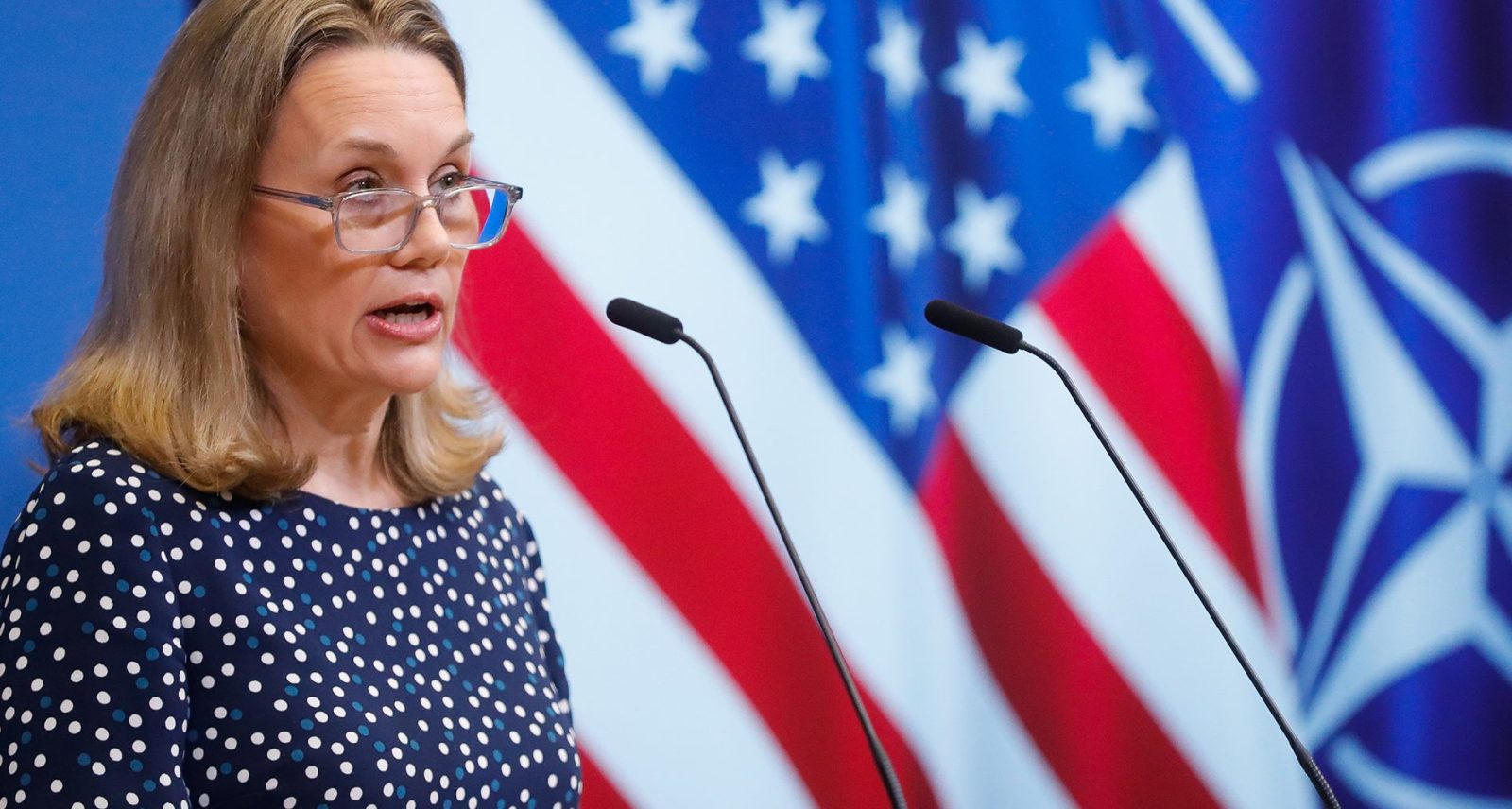 Russia’s invasion of Ukraine is driving the two Nordic states into the arms of the North Atlantic Treaty Organisation.

The US would welcome Sweden and Finland into Nato if they requested membership — as they are showing signs of wanting to do after Russia’s invasion of Ukraine.

The US ambassador to Nato, Julianne Smith, confirmed this and said she believed other members would also enthusiastically accept the Nordic states. She insisted on Tuesday that the organisation’s door remained firmly open and that Moscow had no veto over membership.

Though closely aligned to Nato, Sweden and Finland have so far remained outside the organisation, in part out of fear, as Moscow has issued thinly veiled threats to attack them militarily if they do join.

But Russia’s invasion of Ukraine on 24 February, largely motivated by anger at Nato pushing its borders up to Russia’s doorstep, appears to have backfired as Sweden and Finland — the latter of which shares a long border with Russia — have now moved much closer to joining Nato than they have ever been.

Smith briefed journalists on the eve of a meeting of the foreign ministers of the 30-nation Nato council in Brussels on Wednesday and Thursday. She was asked if the US would support Sweden and Finland joining Nato and what military assets they would bring. And would accepting them be a bad idea because it could escalate tensions with Russia?

Smith said that in January, Moscow had already tried to get Nato to reverse its open-door policy.

“And the answer that came back in stereo surround-sound from all 30 of the allies was, ‘Absolutely not. Nato’s door will remain open. Full Stop.’ That was non-negotiable.”

But she noted that it was up to Sweden and Finland to apply for membership and up to Nato as a whole to decide whether to accept them.

“You’ve heard them [Sweden and Finland] making statements recently that they’re looking at this more seriously than they have in the past. And we’ll wait to see what their final decision is.

“From a US perspective, we would welcome these two members. We find that they already bring tremendous value to the alliance. They have a very close relationship.”

Smith noted that both Sweden and Finland would be attending this week’s Nato council meeting in Brussels to discuss Ukraine and other issues, as they had been attending such meetings regularly.

“They’re making important contributions to Ukraine. But, more importantly, they’ve joined us over many years in Nato operations. We’ve exercised, we’ve trained with them. They bring very capable militaries, they’re some of our closest allies in Europe.

“So I can’t imagine a situation where there would be tremendous resistance to this idea. Quite the contrary, I think Nato allies would be generally enthusiastic. But again this is not our decision. Nato does not issue an invitation. We wait for countries to come to us to take that decision. So we’ll wait to see what Sweden and Finland decide in the weeks and months ahead.”

Smith said at the meeting this week the Nato allies would also consider what more they could do to help Ukraine. Ukraine’s foreign minister, Dmytro Kuleba, would attend the meeting to give a first-hand account of the situation on the ground in his country and advise what further help Ukraine needed.

The Nato members would hear directly from Kuleba whether Ukraine needed more air defence or ammunition or anti-ship munitions, for instance, Smith said.

She was asked if the recent offer by the Czech Republic to provide Soviet-era tanks to Ukraine represented an important shift by Nato towards providing more substantial offensive capacity to Ukraine.

Smith said it was the Czech Republic’s sovereign national decision to provide the tanks and not Nato’s decision. However, she also noted that more than two thirds of Nato’s members had already provided lethal aid to Ukraine, while all members had provided humanitarian and economic support.

She said Nato would feel even more compelled to support Ukraine at this week’s meeting because of the “horrific” images that had emerged of Ukrainian civilians allegedly killed intentionally, in cold blood, by Russian forces in the Kyiv suburb of Bucha.