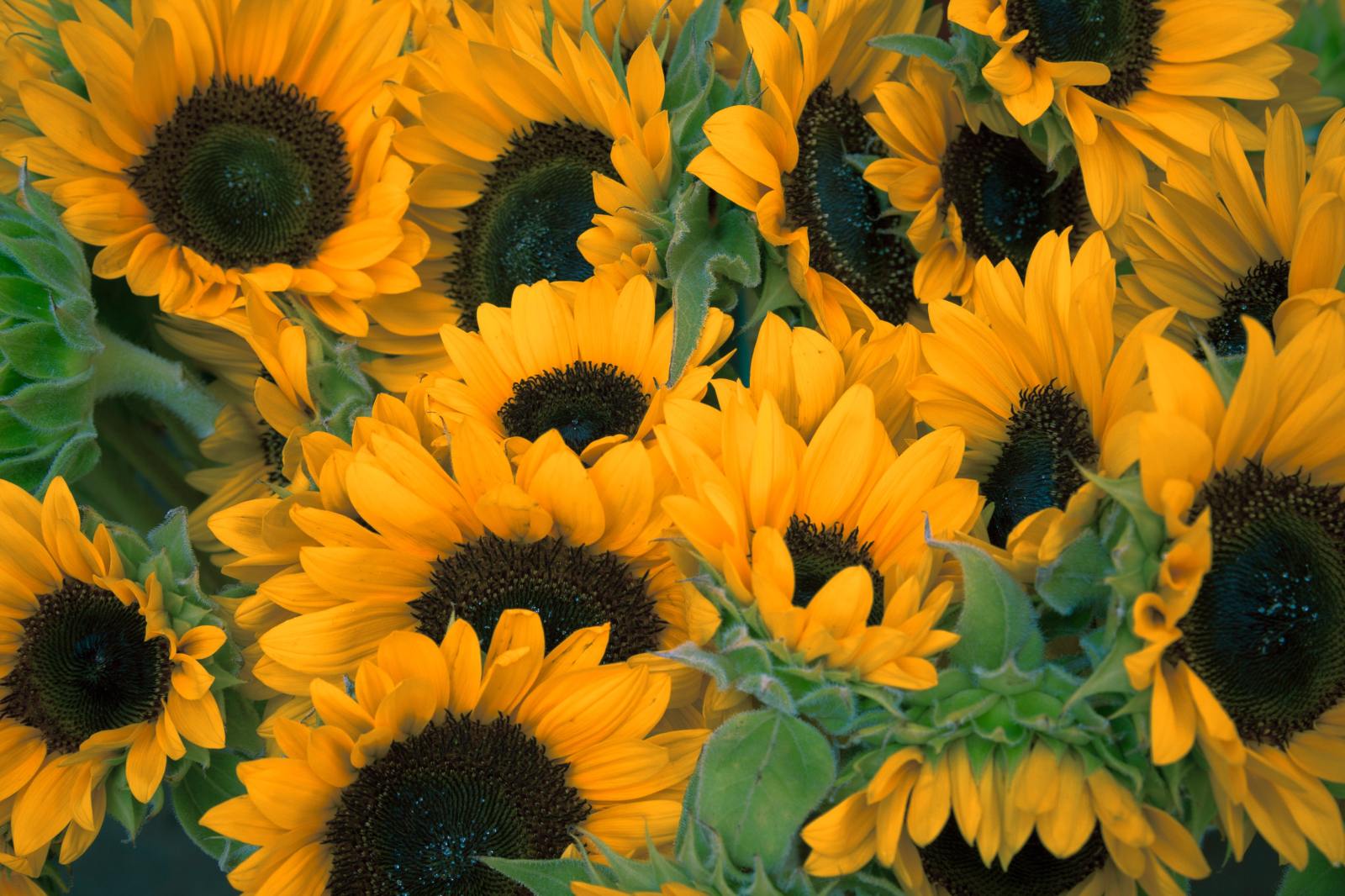 Flowers are one of the most striking examples of diversity in nature, displaying myriad combinations of colours, patterns, shapes and scents.

They range from colourful tulips and daisies, to fragrant frangipani and giant, putrid-smelling corpse flowers. The variety and diversity is astounding — consider the duck-shaped orchid.

But as much as we can appreciate the beauty and diversity of flowers, it is quite literally not meant for our eyes.

The purpose of flowers is to attract pollinators, and it is to their senses that flowers cater. A clear example of this are ultraviolet (UV) patterns. Many flowers accumulate UV pigments in their petals, forming patterns that are invisible to us, but that most pollinators can see.

The disconnect between what we see and what pollinators see is particularly striking in sunflowers. Despite their iconic status in popular culture (as testified by the arguably dubious honour of being one of the only five flower species with a dedicated emoji), they hardly seem the best example of flower diversity.

What we commonly consider a single sunflower is actually a cluster of flowers, referred to as an inflorescence. All wild sunflowers, of which there are about 50 species in North America, have very similar inflorescences. To our eyes, their ligules (the enlarged, fused petals of the outermost whorl of florets in the sunflower inflorescence) are the same uniform, familiar bright yellow.

However, when looked at in the UV spectrum (that is, beyond the type of light that our eyes can see), things are quite different. Sunflowers accumulate UV-absorbing pigments at the base of the ligules. Across the whole inflorescence, this results in a UV bullseye pattern.

In a recent study, we compared almost 2,000 wild sunflowers. We found that the size of these UV bullseyes varies extensively, both between and within species.

The sunflower species with the most extreme diversity in the size of UV bullseyes is Helianthus annuus, the common sunflower. H. annuus is the closest wild relative to cultivated sunflower, and is the most broadly distributed of wild sunflowers, growing almost everywhere between southern Canada and northern Mexico. While some populations of H. annuus have very small UV bullseyes, in others, the ultraviolet-absorbing region covers the whole inflorescence.

Why is there so much variation? Scientists have been aware of floral UV patterns for a long time. Some of the numerous approaches that have been used to study the role of these patterns in attracting pollinators have been quite inventive, including cutting and pasting petals or coating them with sunscreen.

When we compared sunflowers with different UV bullseyes, we found that pollinators were able to discriminate between them and preferred plants with intermediate-sized UV bullseyes.

Still, this doesn’t explain all the diversity in UV patterns that we observed in different populations of wild sunflowers: if intermediate UV bullseyes attract more pollinators (which is clearly an advantage), why do plants with small or large UV bullseyes exist?

While pollinator attraction is clearly the main function of floral traits, there is increasing evidence that non-pollinator factors like temperature or herbivores can affect the evolution of characteristics like flower colour and shape.

We found a first clue that this could also be the case for UV patterns in sunflowers when we looked at how their variation is regulated at the genetic level. A single gene, HaMYB111, is responsible for most of the diversity in UV patterns that we see in H. annuus. This gene controls the production of a family of chemicals called flavonol glycosides, which we found in high concentrations in the UV-absorbing part of ligules. Flavonol glycosides are not only UV-absorbing pigments, but play also an important role in helping plants cope with different environmental stresses.

A second clue came from the discovery that the same gene is responsible for UV pigmentation in the petals of the thale cress, Arabidopsis thaliana. Thale cress is the most commonly used model system in plant genetics and molecular biology. These plants are able to pollinate themselves, and therefore generally do without pollinators.

Since they don’t need to attract pollinators, they have small, unassuming white flowers. Still, their petals are full of UV-absorbing flavonols. This suggests that there are reasons not related to pollination for these pigments to be present in the flowers of the thale cress.

This suggests that, at least in sunflowers, patterns of floral UV pigmentation have two functions: improving the attractiveness of flowers to pollinators, and helping sunflowers survive in drier environments by preserving water.

So what does this teach us? For one, that evolution is thrifty, and if possible will use the same trait to achieve more than one adaptive goal. It also offers a potential approach for improving cultivated sunflower, by simultaneously boosting pollination rates and making plants more resilient to drought.

Finally, our work, and other studies looking at plant diversity, can help in predicting how and to which extent plants will be able to cope with climate change, which is already altering the environments they are adapted to. DM/ML

Marco Todesco is a research associate in Biodiversity at the University of British Columbia.