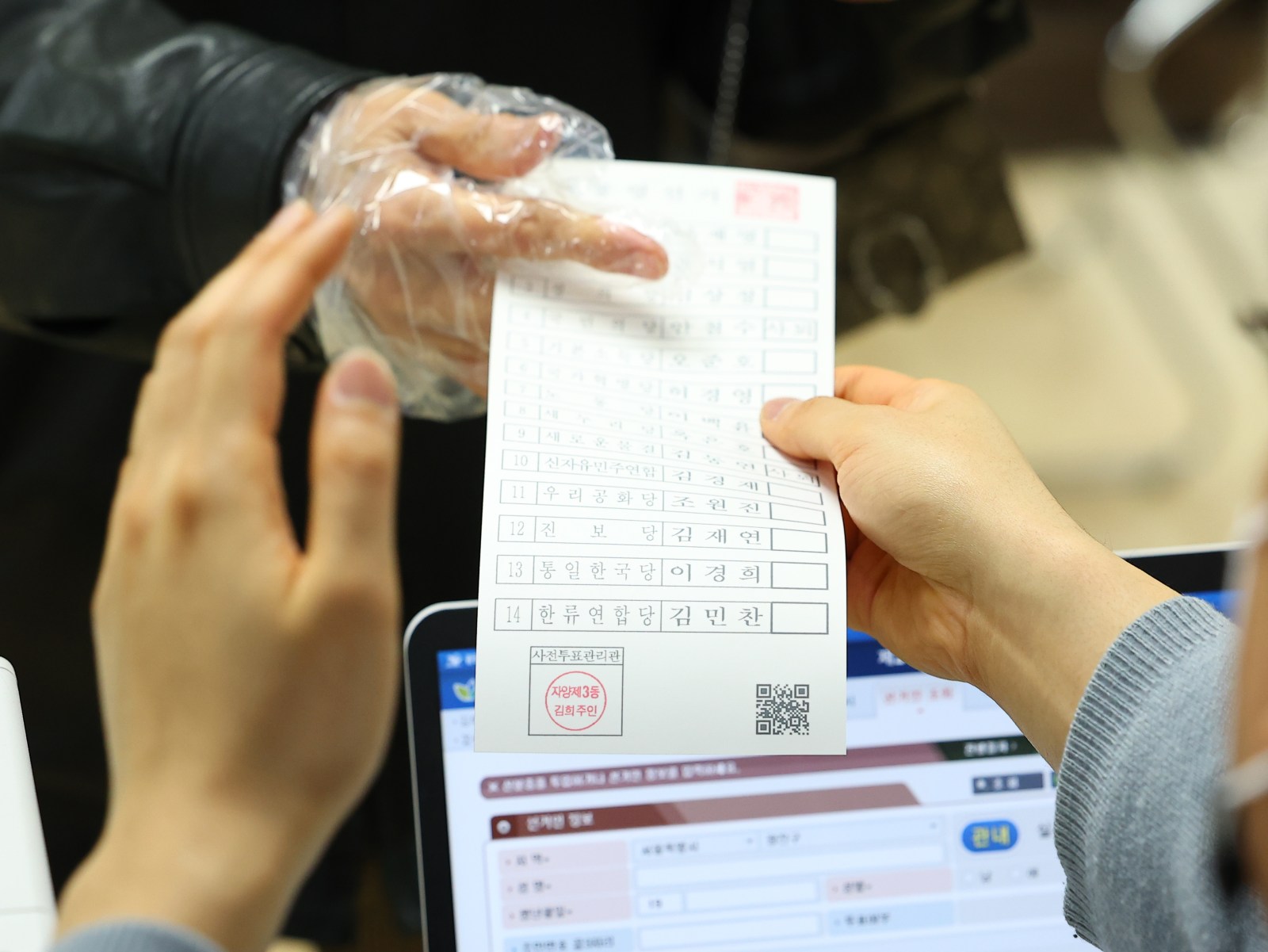 epa09802590 A citizen wearing a sanitary glove receives a ballot on the second day of early voting for the presidential election in Seoul, South Korea, 05 March 2022, amid the Covid-19 pandemic. EPA-EFE/YONHAP SOUTH KOREA OUT

A record turnout of nearly 37% in two-day absentee voting that ended on Saturday highlights a tight race in which Lee Jae-myung of the ruling Democratic Party faces off against Yoon Suk-yeol of the conservative main opposition People Power Party.

As daily COVID-19 infections hover near unprecedented levels above 200,000 and more than 1 million receive treatment at home, parliament passed a legislative amendment to ease in-person voting by such patients.

But chaos erupted at many polling places during Saturday’s special early voting for infected voters, prompting repeated apologies from the National Election Commission (NEC) for failing to ensure a stable and orderly process.

“All the problems resulted from our failure at thorough preparations, and we are fully responsible for falling short of people’s trust and expectations,” it said in a statement.

There was no sign of foul play, it added, but officials held an emergency meeting on Monday to tighten procedures ahead of Wednesday’s wider vote.

President Moon Jae-in had expressed regret on Sunday, asking the NEC to fully explain the errors and guarantee all people’s right to vote, his spokeswoman said.

The chaos at many polling places was a blow for South Korea, tarnishing a 35-year democratic history of tight and relatively transparent management of elections, and a mostly successful fight on COVID-19.

Instead of allowing voters to directly cast ballots, some election workers collected and carried them in a shopping bag or wooden bucket to put in designated ballot boxes, the NEC said.

Some voters received ballot-papers that had already been used, while others had to wait in long queues in the cold weather, with at least one reported to have fainted.

Opposition candidate Yoon’s campaign criticised the NEC, saying, “An elementary classroom election could not be sloppier,” and called for its chairwoman, Noh Jeong-hee, to step down.

South Koreans eligible to vote for a successor to Moon number about 44 million. He is legally barred from re-election, at a time of growing voter frustration at skyrocketing home prices, polarised politics and graft scandals.