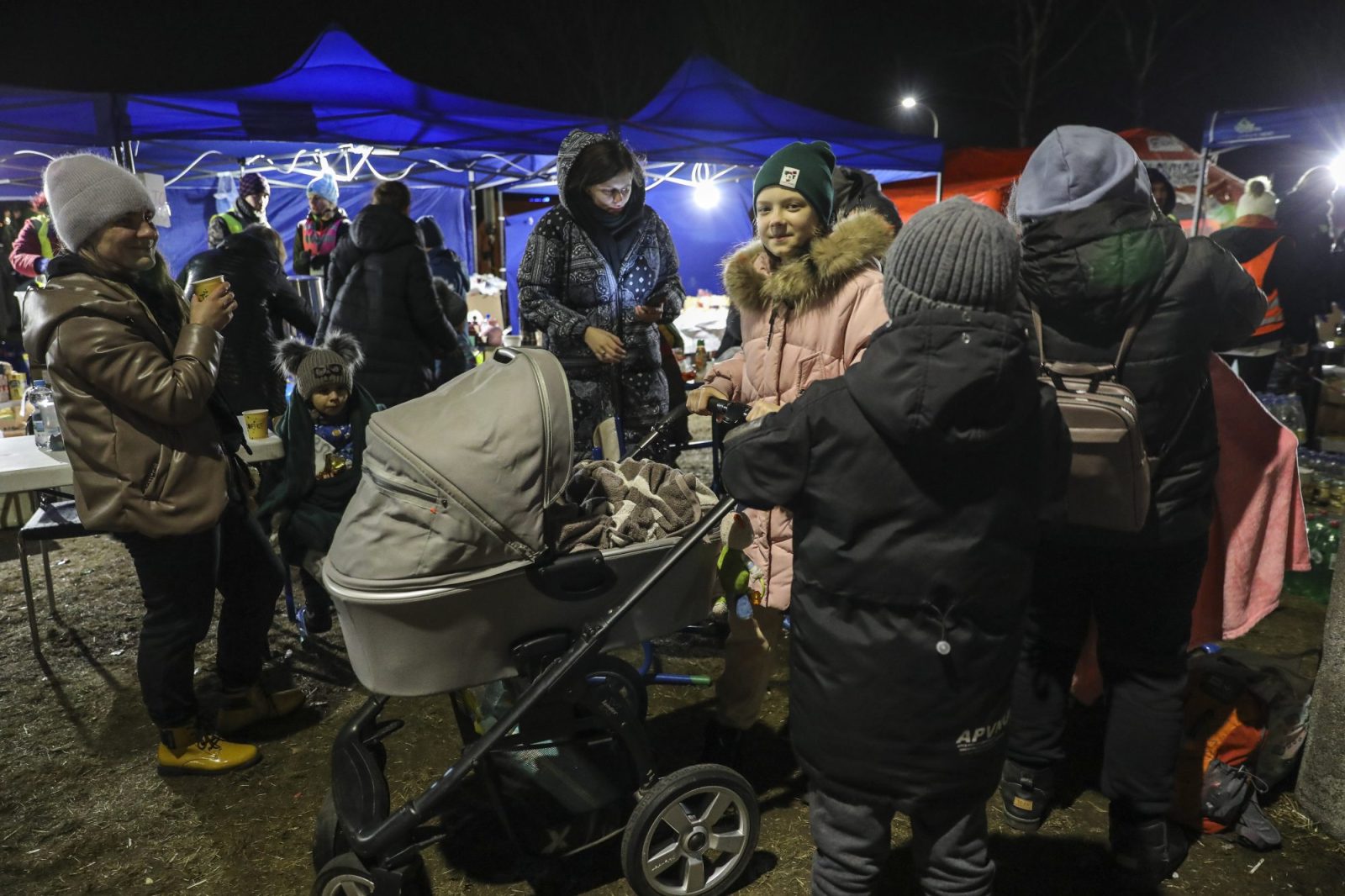 Refugees eat and search for transport outside the new refugee center that opened on 02 March in the CH-Tesco facility in the town of Przemysl, Poland, 02 March 2022 (issued 03 March). Hundreds of thousands of people have fled from Ukraine into neighboring countries since Russia began its military operation on 24 February. EPA-EFE/MIGUEL A. LOPES

With Russian forces intent on advancing towards Kyiv and bombing some other Ukrainian cities into wastelands, the U.N. refugee agency also said the conflict looked set to trigger Europe’s largest refugee crisis this century.

In the week since President Vladimir Putin ordered the biggest attack on a European state since 1945, most of those escaping have crossed into the European Union – membership of which Ukraine aspires to – in eastern Poland, Slovakia, and Hungary and northern Romania.

“I’ve been to Bangladesh. This is as bad as it was (coping with refugees) in Bangladesh,” said Morteza Eshghparast, a volunteer for Help Dunya, a German NGO, while waiting in line to re-enter Ukraine at the Medyka crossing, Poland’s busiest along its roughly 500-kilometre (310-mile) border with Ukraine.

Volunteers stationed there handed out hot beverages and sandwiches to weary looking refugees, some of whom travelled for days on end to escape the fighting.

Poland, whose Ukrainian community of around 1 million is the region’s largest, has welcomed a big chunk of the arrivals with officials estimating around 575,000 people have so far entered from Ukraine. Nearly 100,000 crossed on Wednesday alone.

‘FAMILIES HAD TO BE SEPARATED’

With men of conscription age obliged to stay and help in the defence, mostly women and children have crossed into the European Union from regional crossings.

“We are from Lviv and we decided to flee because we often heard air raid alarms,” said Natasha, 23, who fled with her mother in a car and waited two days on the Slovak border. “We took our possessions and fled.”

Russia calls its actions in Ukraine a “special operation” not designed to occupy territory but to destroy its neighbour’s military capabilities and capture what it regards as dangerous nationalists.

At the Sighetu Marmatiei crossing in Romania, to where officials said more than 139,000 Ukrainians have fled, Dmitry Rubanov waited with a pair of binoculars after travelling from London to meet his sister Natasha Borzenkova and her two daughters.

They had fled from the heavily shelled city of Kharkiv.

“…A lot of families had to be separated.”

Across central Europe, where memories of Moscow’s dominance after World War Two run deep, thousands of volunteers have converged on the borders, bringing food, clothes and blankets. Many have opened their homes, hotels or offered vacant apartments to displaced Ukrainians.

Hungarian police data show that around 127,000 entered Hungary from Ukraine since Feb. 24.

In Slovakia where nearly 80,000 people have arrived from Ukraine, aid worker Marian Cehelnik warned cities and towns might soon face logistical issues trying to handle the growing number of displaced.

“The situation on the border is becoming more organised,” said Cehelnik, a humanitarian aid coordinator at non-governmental organization People in Need. “We are concerned a bigger problem may soon come to towns and cities that receive people.”

By Alicja Ptak and Fedja Grulovic

(additional reportinb by Jan Lopatka in Michalovce, Slovakia, Luiza Ilie in Bucharest, Krisztina Than in Budapest, Writing by Michael Kahn.)