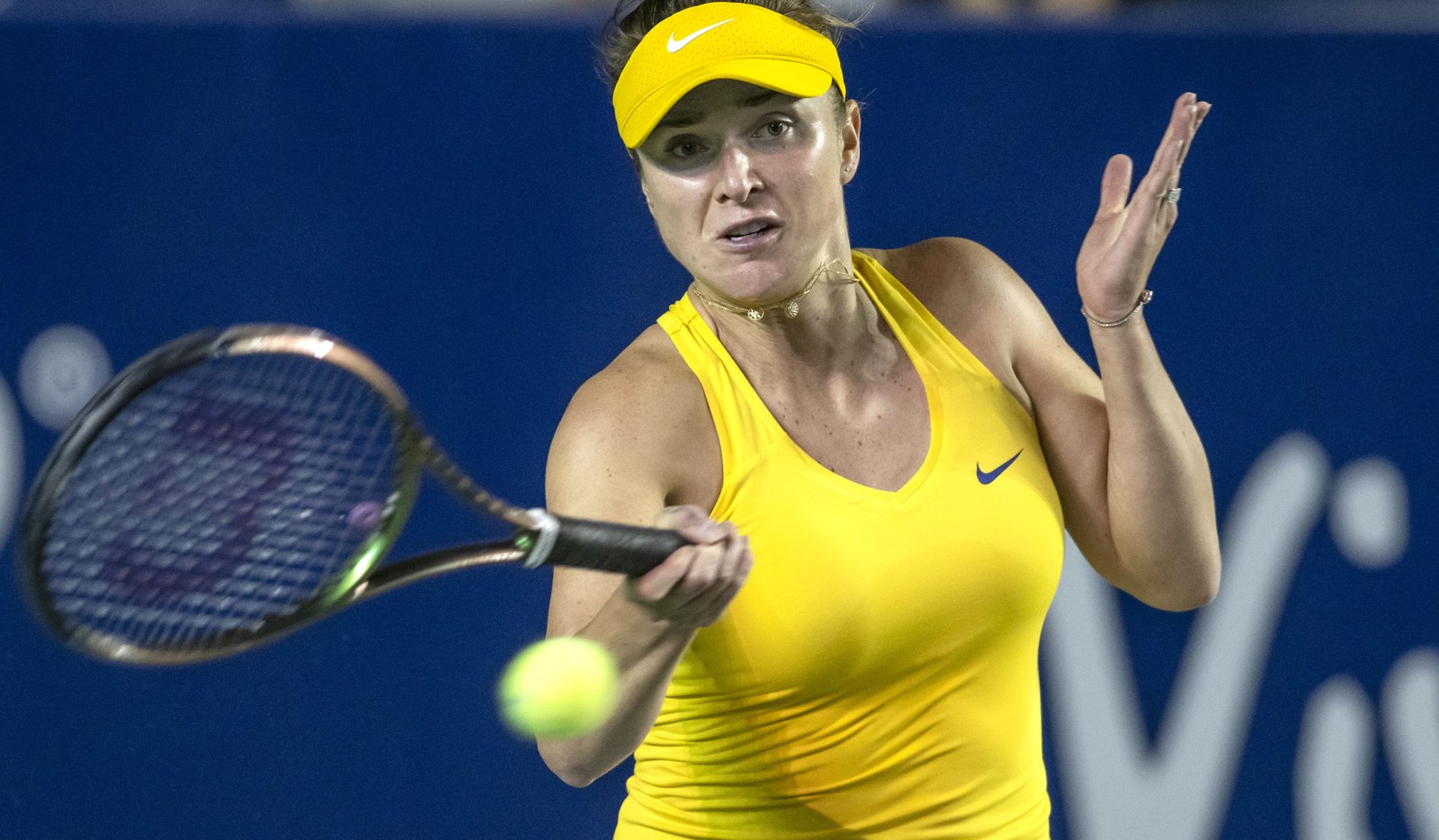 Elina Svitolina of Ukraine in action against Anastasia Potapova of Russia during the Monterrey Open in Mexico on 1 March 2022. (Photo: EPA-EFE / Miguel Sierra)

Dressed in Ukraine’s blue and gold colours, a fired-up Elina Svitolina thrashed Russian Anastasia Potapova in Mexico on Tuesday and said it was her mission to unite the tennis world behind her country following Russia’s invasion.

Svitolina had initially refused to play her opening match against Potapova at the Monterrey Open but went ahead after tennis authorities decided to ban Russian and Belarusian players from competing under the name and flag of their countries.

That decision followed Russia’s invasion of Ukraine last week, which Russia calls a “special operation”. Belarus has been a key staging area for the invasion.

“I think it’s my mission to unite our tennis community to stand with Ukraine, to help Ukraine because what we’re going through is a horrible thing for all Ukrainians,” former world No 3 Svitolina told reporters after her victory.

“That’s why I’m here. That’s why I’m playing for my country and doing my best using my platform and using my resources to introduce that and try to invite people to support Ukraine.”

Svitolina, who has said she would donate her prize money from the tournament to the Ukrainian army, defeated Potapova 6-2 6-1, thumping her chest repeatedly on court.

The players exchanged a few words at the net after the match before Svitolina showed her appreciation for the support from the crowd.

Television graphics had a blank space next to where Potapova’s flag and country would normally have been.

“For me, playing the match here, I’m not playing only for myself,” said Svitolina. “I’m playing for my country, I’m playing for the help of the Ukrainian army and people in need.

“Every victory that I’m going to get is going to be very special.”

In Lyon on Tuesday, fellow Ukrainian Dayana Yastremska collapsed in a heap on court after her victory over Romanian Ana Bogdan at the WTA 250 tournament.

The 21-year-old and her younger sister had spent two nights in an underground car park last week before their parents sent them out of Ukraine by boat to Romania and then safely to France.

“My heart stays at home, and my mind is fighting here, so it’s very difficult to find the concentration, to find the balance.

“This win, compared to what’s going on in my country, is nothing. But I’m happy, at least, I’m also fighting for my country. I’m really proud of the Ukrainians and they’re really heroes. I hope everything is going to finish soon.”

Russia has been banned from defending its Davis Cup and Billie Jean King Cup titles but its players will still be allowed to compete at the Grand Slams and in regular tour events.

“The international governing bodies of tennis stand united in our condemnation of Russia’s actions,” the ATP, WTA, International Tennis Federation and the Grand Slams said in a joint statement.

Russian and Belarusian players will be able to play on the elite ATP and WTA tours but not under the name or flag of their countries, the governing bodies said.

Men’s world No 1 Daniil Medvedev and No 6 Andrey Rublev helped Russia beat Croatia in the 2021 Davis Cup final in Madrid in December a month after the Russian women won the Billie Jean King Cup in Prague.

It is unclear whether Russia will be able to compete in the lucrative team-based ATP Cup in Australia. Russia made the semifinals of the 2022 event in January and won the 2021 tournament.

The decision followed the ITF’s cancellation of all its tournaments in Russia and Belarus. Reuters/DM