Lessons must be learned before next Takuba Task Force deployment, following France-Mali relations break down 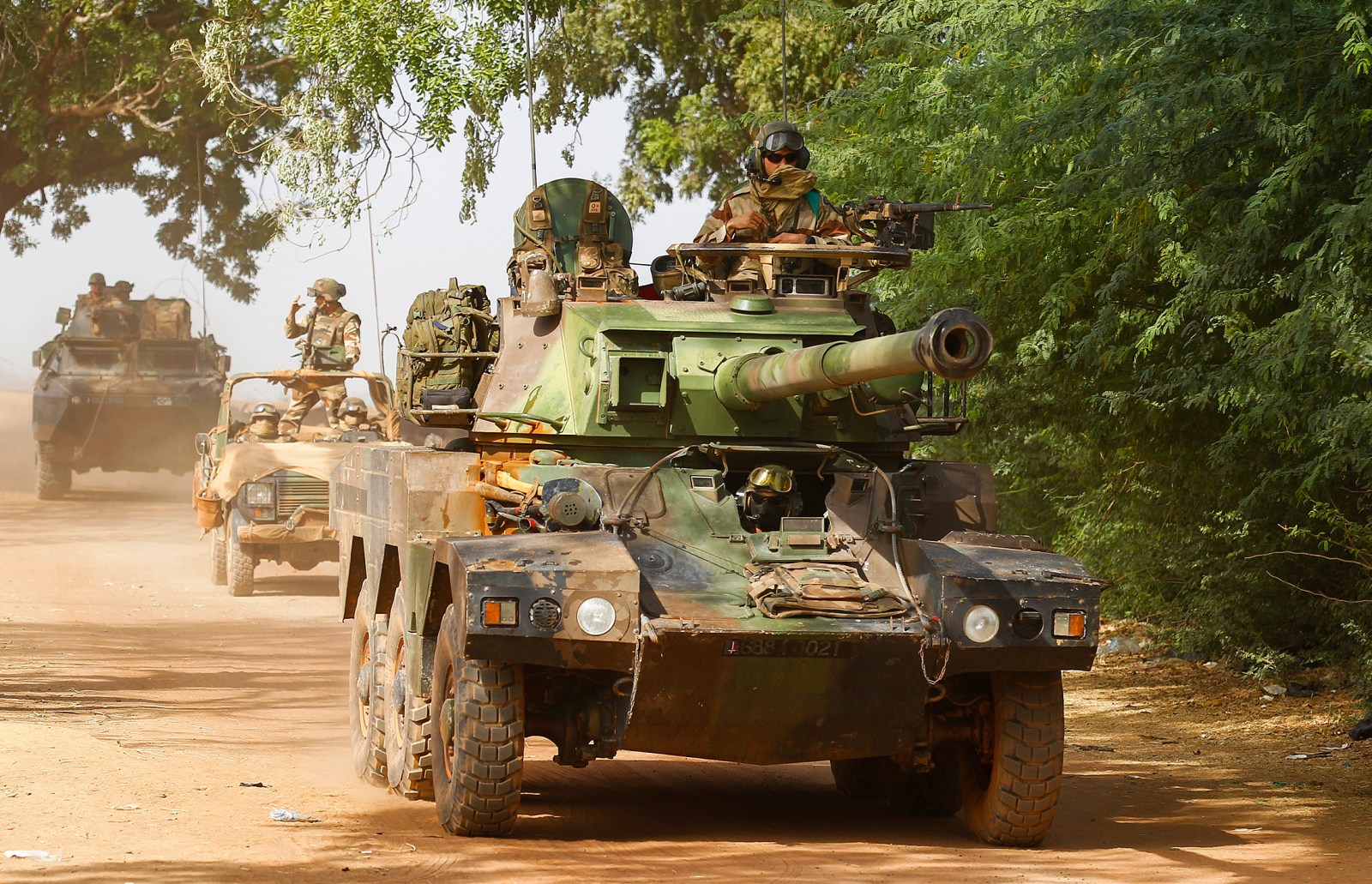 French soldiers patrol in Diabaly, Mali, 23 January 2013 (reissued 17 February 2022). France announced on 17 February 2022, that it is withdrawing its troops from Mali in a joint statement issued ahead of an EU-Africa summit in Brussels. (Photo: EPA-EFE/NIC BOTHMA)

Following the same counter-terrorism strategy in other parts of West Africa could see insecurity spreading to littoral states.

French President Emmanuel Macron has announced the withdrawal of Barkhane and Takuba forces from Mali, but expressed commitment to “continue … joint action against terrorism in the Sahel region, particularly in Niger and the Gulf of Guinea.”

Presenting a common front, Macron announced this at a press conference that included the presidents of Senegal and Ghana — who are chairing the African Union and the Economic Community of West African States (Ecowas) respectively — and the president of the European Union (EU) Council. Their sentiments echoed those of Macron.

But will France and its allies simply shift their anchorage in the region? Or will they transform their strategies based on lessons learnt from their previous interventions?

The 17 February announcement, also backed by Canada, was made against the backdrop of a deteriorating relationship between Mali, France and other European and West African countries.

Tensions heightened after the August 2020 coup in Mali and the military transitional authorities’ delays in proposing a consensual calendar for holding elections. The lack of progress on the reforms that should precede elections also raised concerns that the military government was planning to remain in power indefinitely.

A central problem has been the reported collaboration between Mali’s transitional government and the Russian private military group Wagner, which Mali denies. For European partners, however, this was considered a red line.

However, this substantial international support deployed gradually over the past decade hasn’t reversed the course of insecurity. Mali’s apparent decision to explore new military alliances seems to reflect dissatisfaction with existing partnerships — and European countries should ask themselves why this is.

The restructuring of Barkhane and Takuba will be negotiated by June and will have immediate consequences for Mali and the Sahel. But the intended geographical shift to the Gulf of Guinea countries also has important implications for coastal states, particularly Benin, Côte d’Ivoire, Ghana, Senegal and Togo.

Implementing a counter-terrorism approach like that in the Sahel without identifying its shortcomings and assessing rationales, practices and existing security arrangements is risky for coastal countries and the region. Instead of just cosmetic changes and a new geographic focus, a thorough review is needed that identifies lessons learnt. Yet there’s been little public acknowledgement that the decade-long Sahel strategy might have been inadequate.

Major shortcomings include lack of investment in prevention efforts, particularly on socio-economic issues, social cohesion and the political, justice and governance fronts. Another problem is the heavy military focus that aims to defeat terror groups by ‘neutralising’ their leaders without a plan to address the local concerns these groups use to gain ground. Forging alliances with non-state armed groups, stigmatising some communities and not prioritising the protection of civilians are other costly mistakes that shouldn’t be repeated.

Another lesson is that dialogue with some insurgents shouldn’t be ruled out. Since 2016, research by the Institute for Security Studies in the Sahel has revealed that violent extremist groups are segmented. Foot soldiers, middle managers and leaders don’t necessarily have the same interests. This opens avenues for nationally led and owned discussions at several levels.

Lessons from the Lake Chad Basin show the importance of incentivising defections from violent extremist groups and planning early to manage the large numbers which may leave. These efforts should be guided by community consultation to ensure ownership.

Dealing with the root causes of violent extremism, managing the security challenges and anticipating next steps require joint efforts at regional and global levels. Some external technical assistance, financial support and experience sharing are needed, but West African countries shouldn’t over-rely on outside support. They must retain their political leadership and ownership of initiatives.

The Sahelian example shows that external funding comes with delays, constraints and differences in strategic agendas that aren’t always attuned to local, national and regional contexts. Macron’s insistence that France’s proposed counter-terrorism support will be demand-driven is a tacit acknowledgement of past errors that have fuelled popular resistance to French — and by extension European — foreign policy in the Sahel.

The proposed shift to West African coastal states reflects the spread of terrorism beyond Mali and the Sahel, which has been a reality since 2016. Yet attacks in coastal states are just the tip of the iceberg. For years, their territories have been used for financing, procurement, transit, rest, and recruitment purposes. So these countries have involuntarily contributed to fuelling insecurity in the Sahel for a long time.

Coastal states are aware of the threat and have attempted to prevent the expansion through military and non-military approaches. But against the backdrop of numerous recent attacks in Côte d’Ivoire, Benin and Togo, and as coastal states consider joint counter-terrorism action with multinational forces, lessons must be taken from the Sahel. These should inform how the countries define the scope, objectives and risks of such operations.

Upcoming consultations “will set the parameters for joint actions by June 2022,” and a ministerial meeting is to be organised by the Sahel Coalition, says the communiqué signed by France, Canada and West African and European countries.

These platforms offer opportunities to identify mistakes, draw lessons and use them to redesign new responses. This is the only way to ensure that a decade from now, West African and Sahelian citizens aren’t facing an even more dire security, socio-political and humanitarian situation. DM

This article was produced with the support from the governments of Denmark, the Netherlands and the Hanns Seidel Foundation (HSF). The opinions and statements in this article do not necessarily reflect those of the HSF.