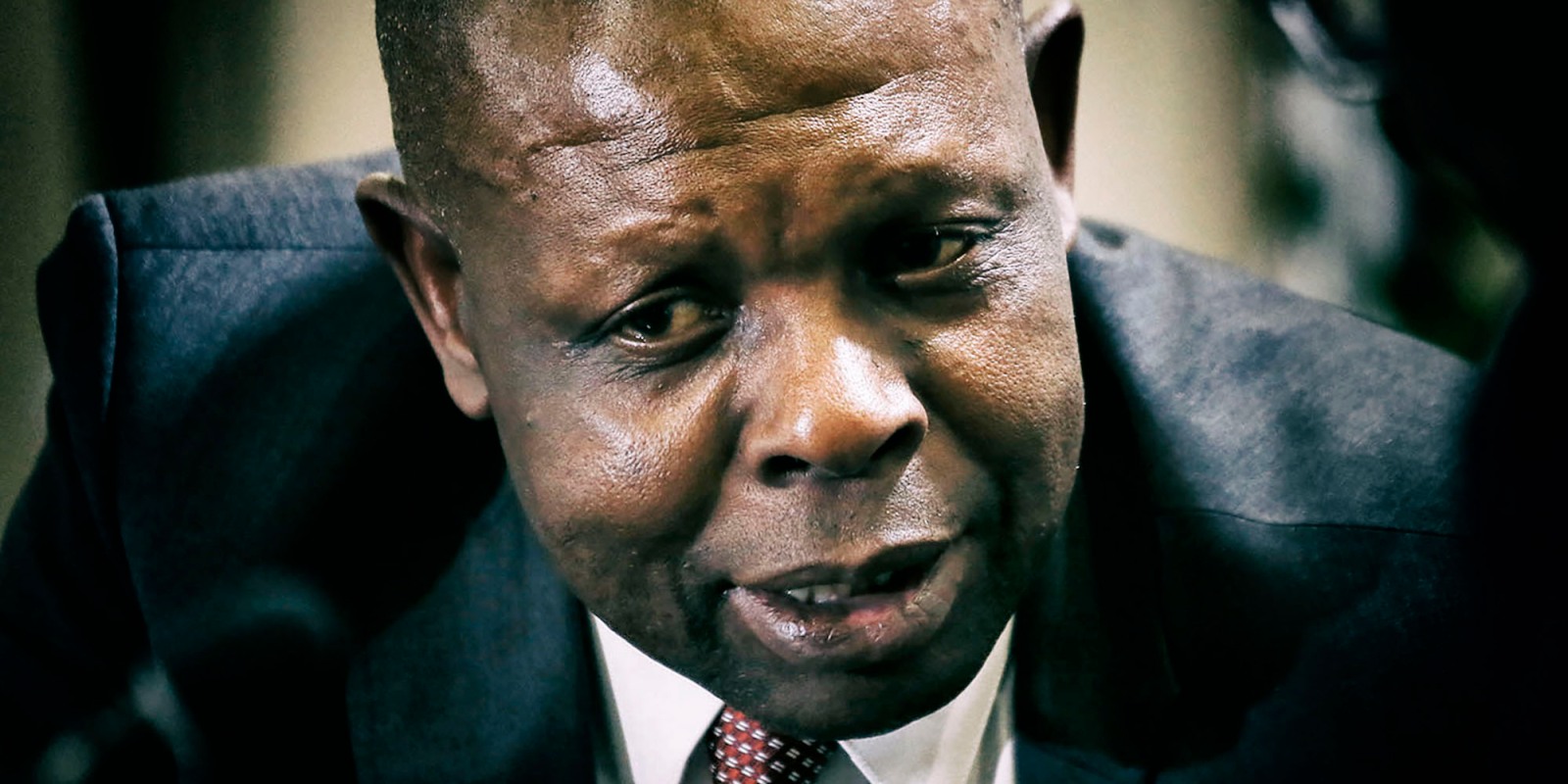 For 13 years John Hlophe and Jacob Zuma have been bound by a legal umbilical cord attached to newly-democratic South Africa’s original sin — the Arms Deal.

Playing Western Cape Judge President John Hlophe, one of two South African grandmasters of the Stalingrad legal strategy, this week was advocate Tembeka Ngcukaitobi, representing the Judicial Services Commission in a virtual sitting of a full bench of the North Gauteng high court in Johannesburg.

Hlophe has applied to review the Judicial Conduct Committee’s finding of gross misconduct and its referral of the matter to Parliament for a vote on his impeachment.

On Wednesday, judgement was reserved in the matter and Hlophe goes back to run the division while finding himself on the brink of impeachment.

In a curious case of cosmic symmetry, over in the Pietermaritzburg high court, former president Jacob Zuma lost his bid to have prosecutor Billy Downer booted off the over decade-long Arms Deal case. Zuma’s trial will commence now in April (apparently).

For 13 years John Hlophe and Jacob Zuma have been bound by a legal umbilical cord attached to newly-democratic South Africa’s original sin — the Arms Deal.

On Tuesday Tembeka Ngcukaitobi set out that Hlophe, unanimously, had been found guilty by the JSC of violating the foundational law of the country — the Constitution — through gross misconduct.

This in that he had tried to influence two constitutional court judges in 2008 on a matter involving Zuma’s implication in the Arms Deal.

He added there was “no greater threat to judicial independence than an internal threat. If the judiciary is eroded, it is extremely difficult to police. It can be corrosive.”

The matter had dragged on for 13 years and it was time it was put to bed.

What that meant, said Ngcukaitobi, was that the JSC had fulfilled its function.

“It has decided that Judge Hlophe’s conduct is impeachable. The matter must now go to the politicians. They must decide whether or not Judge Hlophe must be removed.”

In a late-night briefing on 8 September 2021, and in preparation for the potential impeachment vote by the National Assembly, parliament’s committee on justice and correctional services began tightening the procedural legal nuts and bolts of the process.

The committee met with legal advisers who stated clearly that the guilty verdict by the JSC could not be altered and would stand during the impeachment vote process.

The role of the National Assemly was “that of accountability and strictly circumscribed” members were informed. No new inquiry would be conducted, as the first stage of the impeachment process — the guilty verdict by the JSC — was set in stone.

Hlophe’s lawyer, Thabani Masuku, argued this week that parliament should not just “rubber stamp” the findings of the JSC and “should know what they were voting for”.

All Hlophe can hope for, should the North Gauteng high court rule that he face an impeachment vote, is that the voting will swing in his favour. If so, he walks out and back into the job, if not, it’s a career nosedive for the history books.

Masuku this week essentially argued that the JSC did not have the required majority to find his client guilty and that the panel had been irregularly constituted.

In the meantime, he said, Hlophe “now sits with the feeling that his right to be assumed to be a judge of integrity and wisdom is under threat”.

Besides which, Masuku jauntily argued, it was not Hlophe’s fault the JSC had been supine for so many years, allowing the matter to drag on. His client, on the other hand, had simply been defending his right to due process.

The court heard on Tuesday that Hlophe’s desperation to escape impeachment was not based on sound legal argument but rather on an attempt to disqualify every available judge in the country from upholding the JSC decision.

Hlophe, said Ngcukaitobi, was “gunning for a regime in which he is immunised from taking the consequences of his action.”

The Judge President was seeking to exploit the long delay in the finalisation of the complaint against him to avoid accountability and “for selfish reasons”.

We need reminding at this stage that taxpayers are facilitating the deep legal fees kitty Hlophe and his legal team have accessed. So far, about R3.2-million has been paid out over Hlophe’s 13-year challenge of his misconduct in the Zuma matter.

However, if found guilty Hlophe will not have to repay.

Writing in News24, legal journalist Karyn Maughan revealed that in 2013, department of justice then director-general, Nonkululeko Sindane, had agreed to Hlophe’s request for “unconditional legal funding”. This on the basis “of the public’s interest given the complex legal issues involved”.

So in a nutshell, we are paying for our own legal education in the Hlophe/Zuma matter.

Hlophe had initially refused to sign an undertaking that he would reimburse the state should he be found guilty, delaying his impeachment investigation by two years. This due to a “disagreement” between the state attorney’s office and Hlophe’s attorney, Barnabas Xulu, over the rate of legal fees charged in the matter.

A 2019 memorandum revealed that the state attorney had found “a history of inflation of costs when it comes to legal costs claimed by Mr Xulu” and proposed R20,000 a day (capped).

Xulu, in the meantime, has been reported to the Legal Practice Council for misconduct and had his Porsche and luxury house seized by the sheriff of the court. This in a matter involving R20-million in legal fees he has been ordered to repay the state.

A phalanx of heavyweight SCs was present at Hlophe’s virtual hearing this week. Steven Budlender for the Speaker of Parliament, Vincent Maleka, also on behalf of the JSC, Gilbert Marcus on behalf of the constitutional court judges (excluding Jafta and Nkabinde).

Budlender argued that Parliament’s only job, legally, is to vote on the Judicial Conduct Tribunal’s recommendation and to see whether it passed with a two-thirds majority.

All the rest of us can do now is wait, along with Hlophe.

The lasting legacy of both former president Jacob Zuma and Judge President John Hlophe is that both, in their long walk to accountability, have pushed South African law to the extreme but, in so doing, have helped to set a string of precedents in the process.

The cost, unfortunately, both in monetary terms and a loss of faith in institutions, has been high. DM