Hlophe lawyer Barnabas Xulu found in contempt of court, slapped with fine & suspended prison sentence. Must hand over his Porsche, too 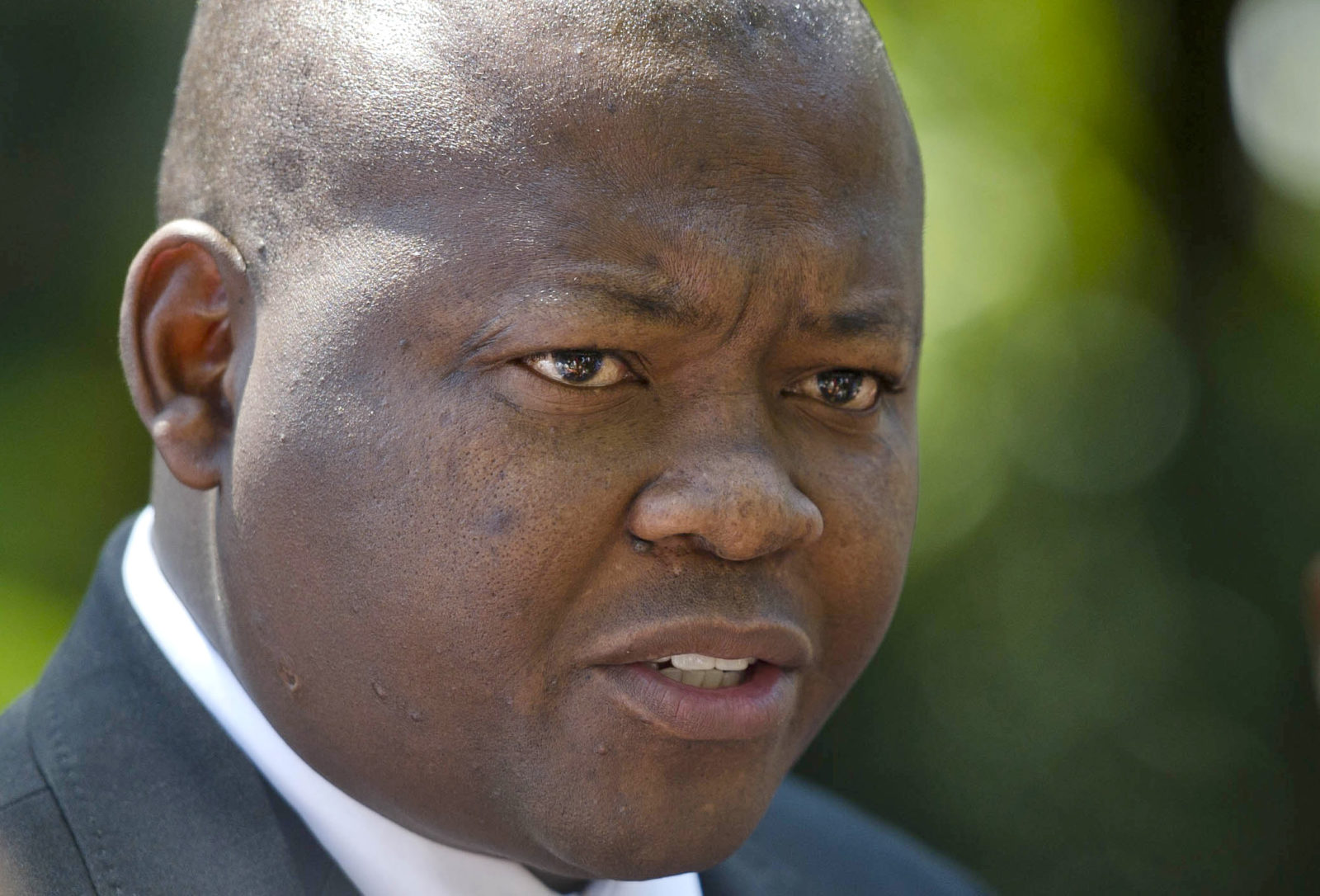 Over and above this, acting Western Cape High Court Judge M Pangarker ordered Xulu and his firm, Barnabas Xulu Incorporated (BXI), to pay the Department of Environment, Forestry and Fisheries’ (DEFF) legal costs and has also referred the judgment to the Legal Practice Council.

“Civil contempt, which is at the heart of the matter, is the crime of disrespect to the court and the rule of law.”

Citing a Supreme Court of Appeal ruling, the judge said that contempt of a court order “is the violation of the dignity, authority and reputation of the court”.

Xulu and his firm BXI had flouted section 165(5) of the Constitution and had “acted with impunity and the utmost contempt and it is of great concern that an attorney has conducted himself in continued wilful defiance and bad faith in the manner set out in this judgment”, said the judge.

The attorney’s repeated non-compliance with the various court orders “makes a mockery of judicial authority”.

Evidence also pointed to “the ineluctable conclusion that Mr Xulu and BXI have appropriated to themselves the right to disobey court orders which they believe they are entitled to disobey as and when they see fit”.

In April 2021, after months of delays, Xulu lost a bid to have a judge recuse himself from hearing his matter as well as his appeal against orders that his personal and business assets be attached.

With the ruling handed down by Judge Ashley Binns-Ward on 30 March, Xulu had already landed himself with hefty legal costs over and above the R20-million in legal fees he had been ordered to return to the state.

Pangarker, on Tuesday, set out how he had received the court file shortly after 2pm on 24 February 2021 “a day before the hearing, and at that stage, no replying affidavit had been filed”.

The judge had requested to see the legal representatives in chambers before the hearing and had met Xulu for the first time. The legal high flier had advised at the time that “he was unrepresented”.

At this meeting, said Pangarker, Xulu had remarked “without elaborating, that he was of the view that I was not seized with the application”, a comment which needed to be addressed.

Pangarker said he had suggested that the DEFF and Xulu consider a postponement for the contempt hearings, pending a determination by Judge Phillip Zilwa, who was “to hear the outstanding question of Mr Xulu’s personal liability” emanating from the order issued by Judge Owen Rogers on 30 January 2020 for the repayment of the R20-million in legal fees.

Xulu’s application for a recission of the order had been delivered on 22 February, three days before the contempt application, said Pangarker.

The parties had not been able to agree on a postponement and so Pangarker heard advocate Nazreen Bawa SC’s submissions on behalf of DEFF.

“Mr Xulu informed me that his legal representatives had withdrawn the day before, that he was on his own and had no right of appearance in the High Court”.

The judge had informed Xulu that as a legal practitioner who was a respondent he was entitled to represent himself, whereupon Xulu indicated he had needed, once again, “more time” to prepare.

Xulu was granted until 9 March to find a lawyer prepared to represent him. On the day, a further postponement was requested which was granted. The hearing was to take place on 19 March.

The evidence clearly points to the conclusion that the R3,400,000 was not placed in a trust account as ordered… and certainly not in accordance with the Legal Practice Act.

Xulu and his new lawyer, a Mr Ndumiso, had been provided with copies of the transcript of proceedings “particularly so that Xulu’s newly appointed counsel” could apprise himself of the proceedings.

On 19 March, Xulu’s previous lawyer, advocate Thabani Masuku SC, appeared for BXI and Xulu and it had appeared from opening remarks that Masuku had been instructed directly by Xulu “though I noted a Mr Ndumiso also present in court”.

Xulu’s view had been premised, said Pangarker, on correspondence from Judge President John Hlophe to the Minister of Justice, Ronald Lamola, requesting the appointment of Judge Phillip Zilwa of the Eastern Cape Division to hear Xulu’s application.

It was Zilwa and only Zilwa who could hear his case, argued Xulu.

“I respectfully disagree that Judge President Hlophe’s letter, read together with the Minister’s written appointment of Zilwa, is an indication that no other judge or acting judge of the Western Cape High Court may hear a matter involving these parties,” said Pangarker.

Xulu’s further reliance on Hlophe’s correspondence in May 2020 to Judge President Selby Mbenenge of the Eastern Cape Division, in which he expressed that in his view “none of the judges in the Western Cape should sit in the matter”, was also misplaced.

“It is evident from the record that subsequent to the abovementioned May 2020 correspondence, no less than three judges of the Western Cape High Court had heard applications in the matter.

“Mr Xulu’s view that I was not seized with the application cannot be sustained,” asserted Pangarker.

The judge continued that “shortly before 10h00 on 19 March”, a Mr Ngcobo, a candidate attorney at BXI, had handed to his registrar a “special petition to the Supreme Court of Appeal” in respect of Rogers’ 30 January order for the repayment of the R20-million.

The history of the ongoing matter was well documented, said Pangarker.

Because of the Rogers ruling, BXI had been obliged to preserve about R3-million in a Forex FNB suspense account as well as about R95,000 transferred to Setlacorp (Pty) Ltd (owned by Xulu) between July and August 2019, not to be disbursed.

Setlacorp was also ordered to make no disposal of assets and property.

Also, Xulu was to maintain the balance of his trust account at R380,000 pending the finalisation of the matter.

However, in March 2020, BXI credited money to a business account that was used “for various BXI and personal expenses of Mr Xulu”, said Pangarker.

Xulu had admitted before Rogers that about R3-million of the more than R20-million paid to BXI was still available and that “the intention was to pay certain disbursements which BXI had incurred”.

“The balance in the account remained at R3,400,000 until 19 March 2020, whereafter various payments were made in respect of Mr Xulu personally, BXI staff, various counsel, Millar and Reardon attorneys and rates and levies in respect of Mr Xulu’s residences in Fresnay (in the Western Cape) and elsewhere,” said Pangarker.

“The evidence clearly points to the conclusion that the R3,400,000 was not placed in a trust account as ordered… and certainly not in accordance with the Legal Practice Act.”

Instead of preserving the funds, BXI had depleted them “to a large extent and failed to pay over the interest as ordered”.

On no less than seven occasions between Rogers granting the order and Judge Smith discharging it in October 2020, the balance in BXI’s trust account fell below R380,000.

The question was whether BXI had acted “wilfully and in bad faith”. The fact that BXI had been legally represented and that the order was taken by agreement could not result in any “misunderstanding” of the meaning of the order.

“It is not open to a litigant, including an attorney or law firm, against whom an order is granted, to pick and choose whether he wishes to comply with the court order. He is obligated to do so as the order binds him, whether he believes that the order was incorrectly granted or not.”

It is of great concern that the deputy sheriff made several attempts at service of the writ of attachment, left messages at the Xulu residence, yet all to no avail. But even more alarming is the report that the attorney fled from the deputy sheriff attempting to execute the writ.

“The money was dissipated and as at the date of this hearing, has not been paid,” said Pangarker.

On 5 October, BXI was ordered to pay the State Attorney, Cape Town, by no later than close of business on the same day R3.4-million with interest and R380,000 with interest.

“It is common cause these amounts were not paid as ordered”.

While the order had been brought to Xulu’s notice on four occasions, the deputy sheriff attempted to serve the writ “but without success”.

“An attempt on 13 October 2020 at Mr Xulu’s Camps Bay address found nobody home, while earlier on the same day an attempt at his office found Mr Xulu absent and not answering his cellphone.”

The deputy sheriff also visited Xulu’s “given address” where a message was left with the “helper”.

“I then received a call from Mrs Xulu, who informed me that the 5th respondent [Xulu] had been away without notice for about three weeks and she is also looking for him for maintenance issues,” said the deputy sheriff, named as Mr Ntsibantu.

Mrs Xulu had made an appointment to meet Ntsibantu later, where she explained that her husband was in Johannesburg and that he had borrowed her car “to use for his day-to-day runnings”.

Several other attempts to find the Porsche had proved unsuccessful even after Xulu had been reminded that as an officer of the court, “especially since he recently in an affidavit specifically articulated that he respects court orders”, he was required to comply.

When Ntsibantu had confronted Xulu outside his Fresnaye home he said the lawyer had “ignored me and sped off the moment I introduced myself”.

Xulu had been in the process of driving his wife to the airport when he was doorstopped. Xulu had not been driving the Porsche at the time.

“It is of great concern that the deputy sheriff made several attempts at service of the writ of attachment, left messages at the Xulu residence, yet all to no avail. But even more alarming is the report that the attorney fled from the deputy sheriff attempting to execute the writ.”

Xulu’s legal representative argued that the DEFF had set out “to embarrass BXI and Mr Xulu” and that he had been harassed and his “dignity undermined.”

“I respectfully disagree with this submission. The evidence, which is undisputed, paints a picture of a law firm and its director who have flagrantly, deliberately and defiantly disrespected and refused to comply with court orders granted by various judges of the Westen Cape High Court,” said Pangarker. DM