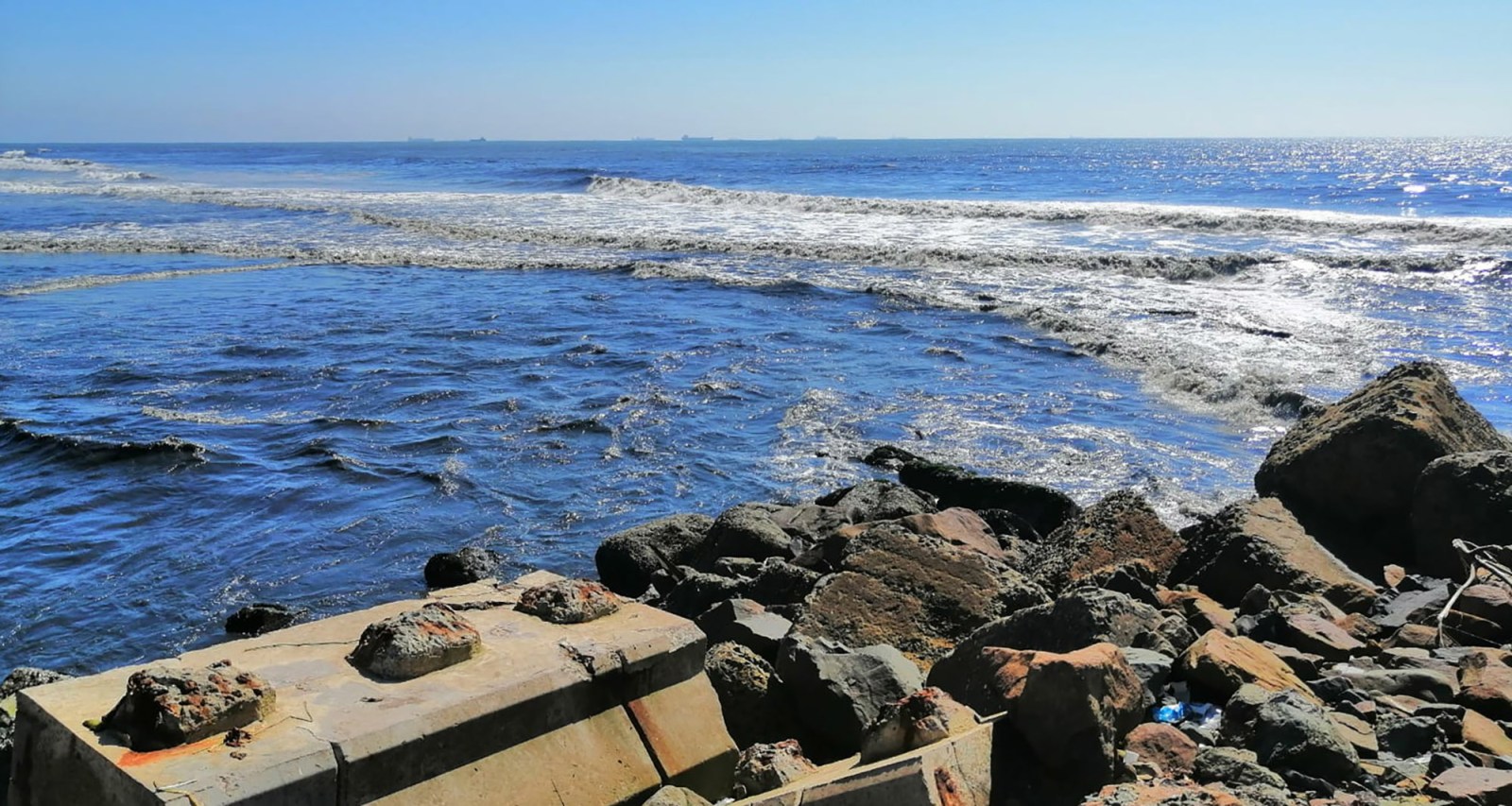 Visibly murky surf at the mouth of the Umgeni River on 1 January 2022. (Photo: Supplied)

For nearly six weeks, Our Burning Planet has been asking the eThekwini Municipality to produce results of the water-quality tests that senior city officials claimed had been done before it reopened several visibly polluted beaches in January. Now – following a more formal request in terms of the Promotion of Access to Information Act (PAIA) – the city has supplied several test results. But, curiously, not the ones which allegedly proved that it was safe to swim.

In early January, while thousands of holidaymakers and locals were cooling off in the sea along Durban’s Golden Mile beachfront, a tide of dark water poured out of the mouth of the Umgeni River.

Rather inconvenient for a major coastal city still recovering from the impacts of lost tourism revenue due to Covid-19.

To their credit, however, eThekwini officials immediately closed several beaches on January 5 and issued a public warning.

“eThekwini is currently conducting tests whose outcome will determine its next course of action that will be communicated to the public,” the city said in a media release on January 5. (Keep this date in mind.)

Then the city did a flip-flop on January 6, issuing another statement declaring that: “Following tests that were conducted, the city is reopening all beaches that were closed yesterday with immediate effect. According to the results, water is free of any pollution that may pose threat to life. The water was murky because of hyacinths naturally found in water. It usually increases during summer months.”

Malcolm Canham, a senior official of the eThekwini disaster management department and acting chair of the city’s Festival Management Committee went on TV on January 6 to declare: “We did water sampling yesterday [January 5]. We sent the water for testing… and the results have come back clear.”

Okay, so if tests were done on January 5, where are these results?

That was the gist of the formal PAIA request we sent to Adele Seheri, the deputy information officer of the eThekwini Municipality, on February 5.

On February 15, after consulting with the eThekwini Department of Water and Sanitation, Seheri supplied a list of several beach and Umgeni River water samples for the period January 6 to February 7.

Curiously, the city did not supply the results of any water-quality tests collected on or before January 5 (the tests which allegedly proved that beach water was safe to swim in).

So, earlier this week, we sent a further request to the city’s official spokesperson, Lindiwe Khuzwayo, asking her to explain certain issues.

If no water-quality tests were available for the period before January 6, surely only two conclusions could be reached:

Could the city kindly explain why it reopened the beaches on January 6 if no test results were available to substantiate the “all-clear” claims made by Canham and the city’s communication department?

On this basis, the evidence appears to demonstrate that both Canham and the city communications section were “mistaken” when they issued public statements on January 6 that all was well.

No response has been received to these questions. DM/OBP