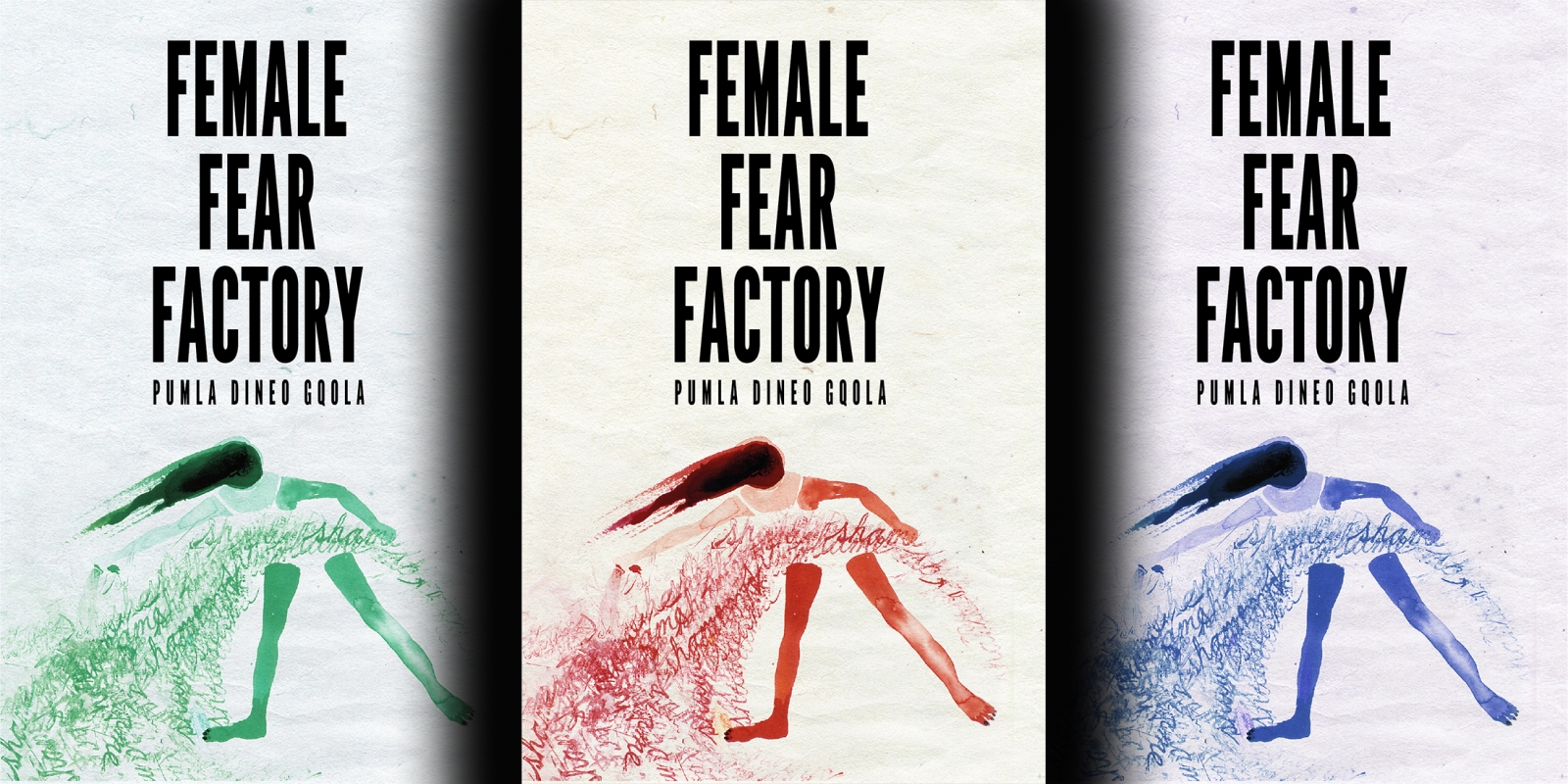 Author and academic Pumla Dineo Gqola’s latest book Female Fear Factory is a sibling of her award-winning earlier book Rape: A South African Nightmare. Her feminist scholarship and thought have spotlighted slavery, artistic practice, and the prevalence of gender-based violence that is a scourge in South Africa.

In Female Fear Factory, Gqola demonstrates how patriarchal institutions are factories, metaphorically, that encourage violence against women and other sexual minorities by producing and enacting female fear. As a sociology lecturer, I found this book useful in how it disrupts and exposes the operations of patriarchal violence.

In introduction to gender courses, we teach students the distinction between gender and sex: gender (‘girl’) is a social construction, while sex (‘female’) is a biological fact. Gender reveal parties should instead be called sex reveals because, at that point, it is only the sex – the biological (male or female) – that prospective parents are sure of. Boys and girls are later shaped by society through a series of positive and negative sanctions, mainly at home. For example, boys don’t wear pink, and girls don’t climb trees. This language of do’s and don’ts is habitually repeated until the child becomes fluent in the language and performance of a particular gender.

Female Fear Factory begins by disrupting this neat distinction between social constructionism and biological determinism. It argues that ‘female’ – contrary to dominant discourse – is also socially made. The argument is particularly powerful when read alongside that of Anne Fausto-Sterling, professor of biology and gender studies, in her books Myths of Gender, and Sexing the Body. Fausto-Sterling sees binary sex (identifying as distinctly either male or female) as “socially engineered for the erasure of other sexes”. Gqola also complicates binary sex as only a fact of anatomy and instead argues that females are, in hetero-patriarchal societies, socially constructed for political and cultural ideologies. This is intimately linked to “project patriarchy”.

Gqola draws from, among others, television series, novels, paintings and academic texts to offer us a language to recognise patriarchy and its logics so that we can strategise against it.

Through her sophisticated argumentation, we see ‘female’ as constructed by a male-dominant society for no reason other than the continuation of gendered violence:

“Safe to be subjected to the female fear factory.”

She argues that the seemingly natural decision to box people into one of two opposite sexes – despite, for example, intersex realities – is a historical, political and cultural consequence. Project patriarchy – with men historically being knowledge-makers, decision-makers, etc – uses biology to exaggerate the differences between the sexes. This catapults males, making females the lesser that need control and direction.

Gqola, however, takes it a step further. She broadens the scope of this socially made female to include all sexual minorities whose bodies are also safe to violate.

Gqola describes the female fear factory as “a theatrical and public performance of patriarchal policing of and violence towards” socially made females who are perpetually reminded to keep themselves in check. In this public performance, there is astute knowledge of who can be violated and who not. Which is why Kirvan Fortuin, a 28-year-old gay choreographer, was stabbed to death by a 14-year-old girl.

The female fear factory is as public as it is private. Gqola shows that “like a real factory, it takes up public physical space and requires many different components”. However, unlike a physical factory, it is boundless. Fear is produced everywhere.

The impossibility of freedom

In Movement in Black, the African-American poet Pat Parker writes about these limitations of absolute freedom:

“If I could take all my parts with me when I go somewhere, and not have to say to one of them, ‘No, you stay home tonight, you won’t be welcome, because I’m going to an all-white party where I can be gay, but not Black … The day all the different parts of me can come along, we would have what I would call a revolution.”

The limitations begin with seemingly well-intentioned routine warnings such as a grandmother correcting sitting postures and dress code. They become manifest in more insidious ways similar to questions about Kwezi’s kanga during that infamous rape trial. Kwezi – Fezekile Ntsukela Kuzwayo – accused former South African President Jacob Zuma of rape. He testified that the sex was consensual because Kwezi was wearing a kanga (a wraparound cloth) which he interpreted as an invitation.

Gqola notes that this manufactured fear is inscribed through scripts “repeatedly handed down as part of the false promise of safety”. Be lesbian but not too butch else ’we’ll show you you’re a woman’. Be gay but not too flamboyant. This language of ‘but’ and ‘unless’ negates absolute freedoms and authentic self-expressions.

Gqola’s analysis, grounded in a feminist lens, painstakingly shows that the promise of safety in these scripts is a lie. Like the fiction of ‘stranger danger’ in rape discourse is supported by scripts such as ‘don’t go to dodgy places’. But during only the first week of South Africa’s initial 21-day COVID-19 lockdown in 2020 the police received a staggering 87 000 gender-based violence calls.

While gendered violence may manifest as a moment, she wants us to see it as a sophisticated ecosystem kept alive by socially manufactured fear. Approaching these matters as individual encounters serves to obscure sexual violence as a public issue.

Gqola tells us that if we wish to absolve females from the burdensome responsibility of being held responsible for their safety, we need to unlearn our fluency in the female fear factory. DM/ML

Thoko Sipungu is a lecturer in Sociology at Rhodes University.