What the mythical Cupid can teach us about the meaning... 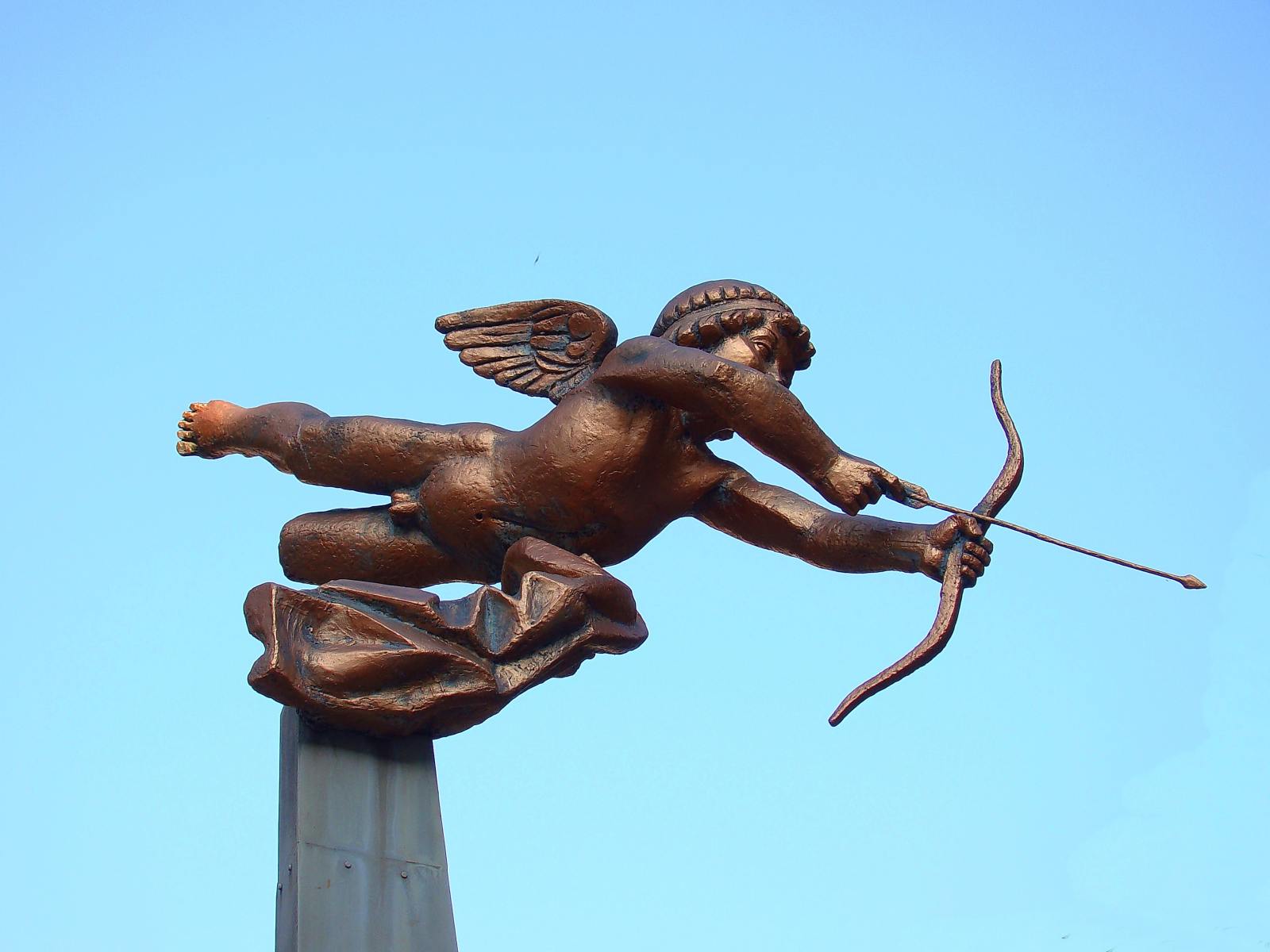 Each Valentine’s Day, when I see images of the chubby, winged god Cupid taking aim with his bow and arrow at his unsuspecting victims, I take refuge in my training as a scholar of early Greek poetry and myth to muse on the strangeness of this image and the nature of love.

In Roman culture, Cupid was the child of the goddess Venus, popularly known today as the goddess of love, and Mars, the god of war. But for ancient audiences, as myths and texts show, she was really the patron deity of “sexual intercourse” and “procreation”. The name Cupid, which comes from the Latin verb cupere, means desire, love or lust. But in the odd combination of a baby’s body with lethal weapons, along with parents associated with both love and war, Cupid is a figure of contradictions – a symbol of conflict and desire.

This history isn’t often reflected in the modern-day Valentine celebrations. The Feast of Saint Valentine started out as a celebration of St. Valentine of Rome. As Candida Moss, a scholar of theology and late antiquity, explains, the courtly romance of holiday advertisements may have more to do with the Middle Ages than with ancient Rome.

The winged cupid was a favorite of artists and authors in the Middle Ages and the Renaissance, but he was more than just a symbol of love to them.

Born of sex and war

The Greek Eros often appears in early Greek iconography along with other Erotes, a group of winged gods associated with love and sexual intercourse. These ancient figures were often pictured as older adolescents – winged bodies sometimes personified as a trio: eros (lust), himeros (desire) and pothos (passion).

There were younger, more playful versions of Eros, however. Art depictions from the 5th century BC show Eros as a child pulling a cart on a red figure vase. A famous sleeping bronze of Eros from the Hellenistic period of 2nd century BC also shows him as a child.

By the time of the Roman Empire, however, the image of chubby little Cupid became more common. The Roman poet Ovid writes about two types of Cupid’s arrows: one that metes out uncontrollable desire and another that fills its target with revulsion. Such depiction of Greek and Roman deities holding the power to do both good and bad was common. The god Apollo, for example, could heal people of disease or cause a plague to ruin a city.

Earlier Greek myths also made it clear that Eros was not merely a force for distraction. At the beginning of Hesiod’s “Theogony” – a poem telling the history of the creation of the universe told through the reproduction of the gods – Eros appears early as a necessary natural force since he “troubles the limbs and overcomes the mind and counsels of all mortals and gods”. This line was an acknowledgment of the power of the sexual desire even over gods.

And yet, Eros was not all about the sexual act. For the early Greek philosopher Empedocles, Eros was paired with Eris, the goddess of strife and conflict, as the two most influential forces in the universe. For philosophers like Empedocles, Eros and Eris personified attraction and division at an elemental level, the natural powers that cause matter to bring life into existence and then tear it apart again.

In the ancient world, sex and desire were considered an essential part of life, but dangerous if they become too dominant. Plato’s Symposium, a dialogue on the nature of Eros, provides a survey of different ideas of desire at the time – moving from its effects on the body to its nature and ability to reflect who people are.

One of the most memorable segments from this dialogue is when the speaker Aristophanes humorously describes the origins of Eros. He explains that all humans were once two people combined in one. The gods punished humans for their arrogance by separating them into individuals. So, desire is really a longing to be whole again.

Today it might be commonplace to say that you are what you love, but for ancient philosophers, you are both what and how you love. This is illustrated in one of the most memorable Roman accounts of Cupid that combines elements lust along with philosophical reflections.

In this account, the 2nd-century North African writer Apuleius puts Cupid at the centre of his Latin novel, “The Golden Ass”. The main character, a man turned into a donkey, recounts how an older woman tells a kidnapped bride, Charite, the story of how Cupid used to visit the young Psyche at night in the darkness of her room. When she betrays his trust and lights an oil lamp to see who he is, the god is burned and flees. Psyche must wander and complete nearly impossible tasks for Venus before she is allowed to reunite with him.

Later authors explained this story as an allegory about the relationship between the human soul and desire. And Christian interpretations built upon this notion, seeing it as detailing the fall of the soul thanks to temptation. This approach, however, ignores the part of the plot where Psyche is granted immortality to remain by Cupid’s side and then gives birth to a child named “Pleasure”.

In the end, Apuleius’ story is a lesson about finding balance between matters of the body and spirit. The child “Pleasure” is born not from secret nightly trysts, but from reconciling the struggle of the mind with matters of the heart.

There’s more than a bit of play to our modern Cupid. But this little archer comes from a long tradition of wrestling with a force that exerts so much influence over mortal minds. Tracing his path through Greek and Roman myth shows the vital importance of understanding the pleasures and dangers of desire. DM/ML

This story was first published in The Conversation.
Joel Christensen is a professor of Classical Studies at Brandeis University.