Buffalo City municipality to be taken to court over sew... 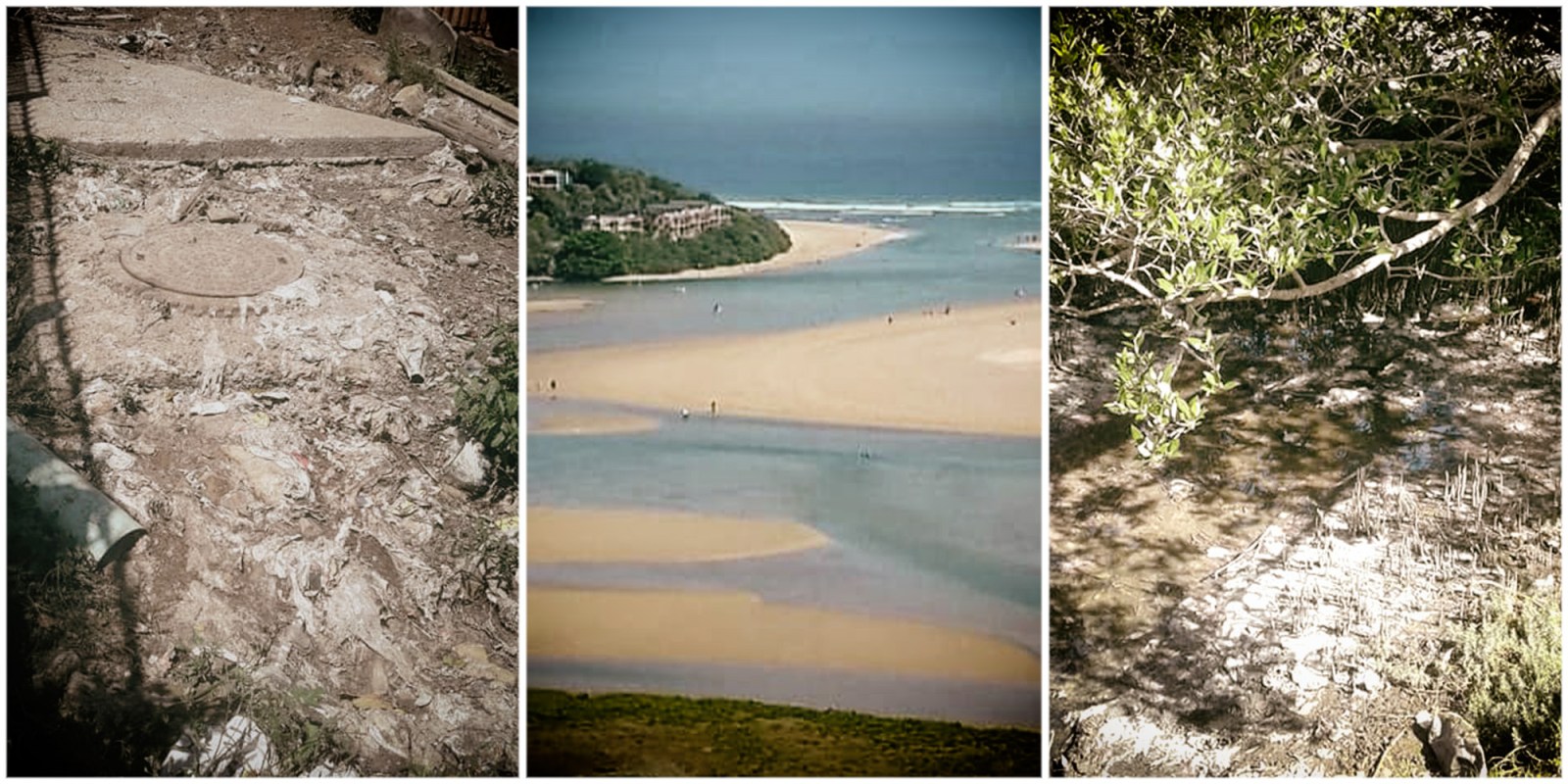 Sewage overflowing into the Nahoon Estuary in the Eastern Cape. (Photos: Supplied)

A section of one of Eastern Cape’s major tourist attractions, the Nahoon River Estuary in East London, is contaminated with sewage.

The Nahoon Estuary Management Forum has resolved that it will take court action until the water quality of the Nahoon River Estuary is at an acceptable level where people can use the river safely and not be concerned about health risks.

The estuary is a major attraction in the Buffalo City Metropolitan Municipality. It is used extensively for canoeing, boating, fishing and swimming.

However, over the years the water quality has deteriorated to such an extent that the use of the estuary has become a health hazard to people using it for recreational purposes.

Christo Theart, the Nahoon Estuary Management Forum chair, said the forum had become aware of sewage spills from the municipality caused by issues with sewage pumps and broken infrastructure.

“We then had regular meetings with the Water and Sanitation Department of the city during the course of 2019 and 2020 which did not result in any action or any funds in their budget to allow for fixing it,” he said.

Theart said that in 2021 the forum resolved that the only way to ensure better water quality in the estuary was to take the municipality to court.

“The first case was that of the broken sewage pump station at Cambridge location where sewage has been flowing directly into the Nahoon River. The East London High Court ordered that the sewage pump be fixed.

“The municipality then fixed it in terms of the court order. The forum then took two further sewage spills to court, that of the broken sewage pump station at the Maldives Group Housing Scheme and the continuous sewage spill from a sewage pipeline and silt trap situated at Torquay Road, a residential development on the Nahoon Estuary. The East London High Court on 25 January 2021 ordered that these two spills be fixed,” he said.

Theart said a case regarding sewage spills from Nompumelelo, a residential suburb on a hill above the estuary, would be heard in the East London High Court on 15 February.

“The sewage spills from Nompumelelo are by far the greatest contributor to the poor water quality of the Nahoon Estuary. The problems, according to the municipality, relate to property owners misusing the sewage infrastructure and the fact that an informal settlement was established on the main interceptor sewer line, which makes it difficult for the municipality to maintain. There are also other possible cases in the pipeline,” he said.

Theart said they would continue with the court action until the water quality of the estuary is safe and does not present any health risks to residents.

“According to the South African Water Quality Guidelines for Coastal and Marine Water published by the Department of Environment, the E coli count in estuaries should not be in excess of 500 parts per 100ml. E coli are the bacteria present in wastewater. It may cause gastrointestinal illness, skin, ear and eye infections,” he said.

Theart said that water quality tests conducted by the Buffalo City Metropolitan Municipality had found the average E coli count over the past 12 months to be 3,388 parts per 100ml.

According to Chris Batting, the president of the Border Canoe Club, situated on the Nahoon Estuary and used on a daily basis by members, the situation is so bad that sections of the river (sometimes as big as a tennis court) have visible sewage floating on the water.

“The member of the Executive Council of the Eastern Cape Provincial Department of Economic Development, Environmental Affairs and Tourism published an Estuarine Management Plan for the Nahoon Estuary in 2016 in the Provincial Gazette, which makes it legally binding,” said Batting.

Batting said the Buffalo City Metropolitan Municipality had refused to adopt the plan as required by law.

“The forum convinced the municipality to adopt the plan and to integrate it into their Integrated Development Plan and budget as required by law. The municipality has, however, not included any funds to implement the plan in subsequent budgets,” he said.

“The municipality operates 95 sewage pump stations providing standby generators, and security personnel for all are an expensive responsibility,” said Ngwenya.

He added that the municipality was improving security at all pump stations and wastewater treatment works through the provision of high-security fencing and alarm systems linked to armed response.

He said they had begun with the wastewater treatment works and large pump stations and those that had a direct impact on households when they did not function.

“Accordingly, we have provided standby generators at the Reeston and Zwelitsha wastewater treatment works, and [have] improved electricity supply at a pump station in Cambridge location. We are planning a few others in the new financial year,” Ngwenya said.

He said they strove to respond within 24 hours of reported blockages or becoming aware of them.

“The negative impact on this target in the last two years is mainly due to Covid-19 regulations and pump stations affected by the rolling out of load shedding,” he said. DM/OBP