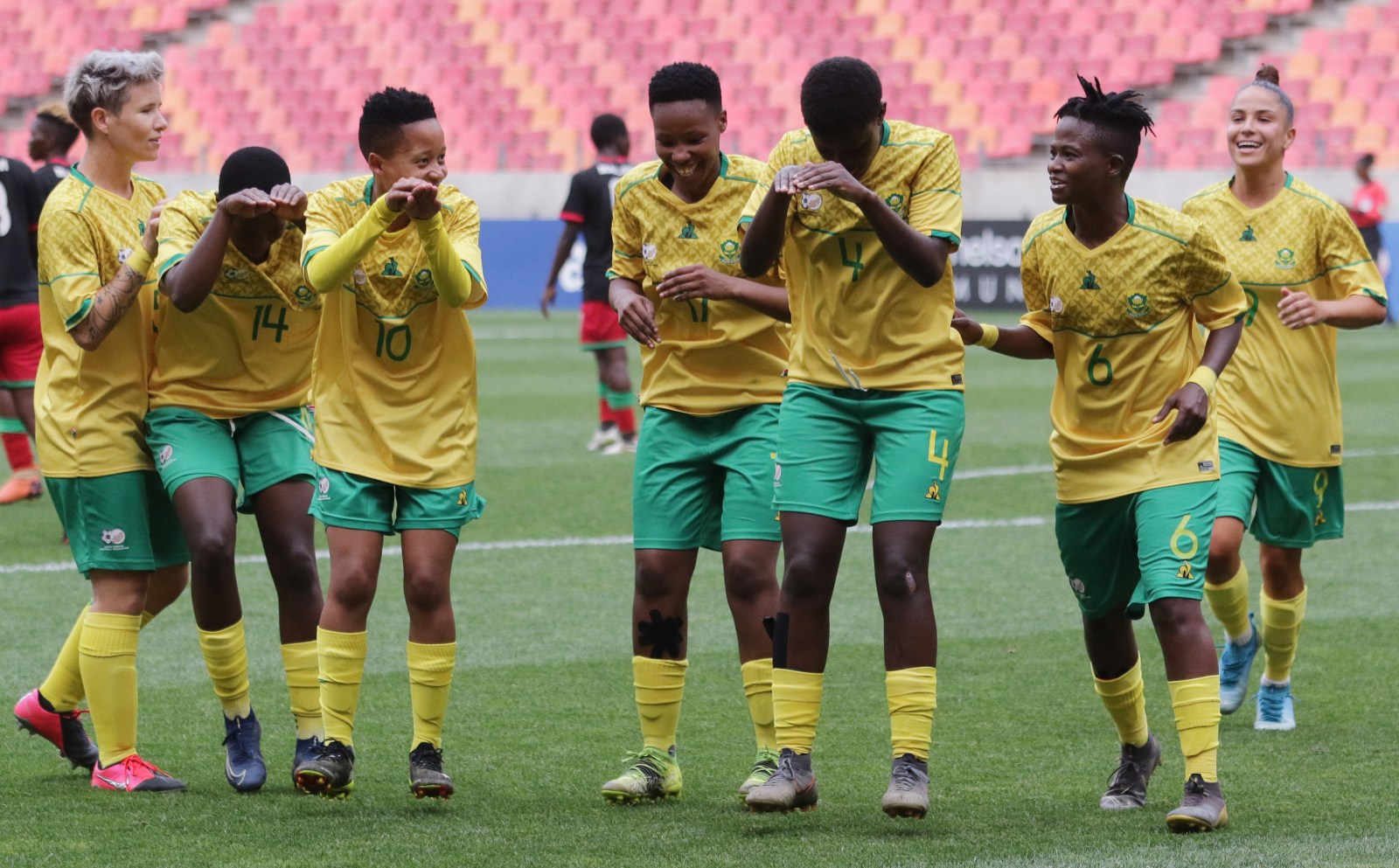 South Africa’s senior national women’s football team harbours great ambitions for 2022 and beyond. The road to making those aspirations a reality begins with an Africa Women Cup of Nations qualification match against the North Africans.

Banyana Banyana have reassembled for action after almost four months apart. Desiree Ellis’s side last linked up when they ran riot over Mozambique in the opening round of their 2022 Africa Women Cup of Nations (Awcon) qualification quest.

At that time, the South Africans were simply too powerful for their southern African neighbours, steamrolling the Mozambicans 7-0 in the first leg, and 6-0 in the second leg to record a ruthless 13-0 aggregate score.

Next on the menu for Banyana Banyana is Algeria. The South Africans will head into that Awcon qualification tie, scheduled to take place on Friday, 18 February and the second on 23 February, as favourites once more. Ellis’s team is ranked third in Africa, six places above the Algerians.

Nonetheless, Banyana will have to tread carefully as they attempt to qualify for the African showpiece. To ensure adequate preparation, the team has been in a training camp since 5 February. The camp will end on 13 February, with a friendly against Zambia this weekend.

Speaking on the fitness of the players following the off-season, Banyana Banyana’s coach said she was happy with the general sharpness of the players, especially considering they hadn’t played any competitive football for their clubs since the end of 2021.

“I was really excited and surprised at the level of fitness, considering that clubs have just started pre-season. Some players have their own programmes and we’ve also sent out a programme — just to make sure we cover our bases,” said Ellis.

“We have to thank the coaches at the clubs, who have worked really hard with the players during pre-season. Most of them haven’t played many games, so that could be a challenge for us in terms of game fitness. But we’ve used these past couple of days to put in a few minutes of 11 versus 11 to get them ready.”

Due to falling outside of the Fifa international window, Ellis was forced to select a pool of locally-based players for the camp. One of those is stalwart goal minder Andile Dlamini, of Mamelodi Sundowns Ladies.

‘Sticks’, as Dlamini is affectionately known, shared her thoughts on the importance of being adequately prepared for the clash against Algeria.

“This is preparation for when we play the very crucial one, which is the qualifier [against Algeria]. There are a whole lot of things at stake. We have to qualify for Awcon. We have to make sure that when we get to Awcon we do our level best to qualify for the [2023] World Cup. When we get to the World Cup, we must do our utmost best to come out of the group stages and go far,” said Dlamini.

Despite not donning the Banyana Banyana kit for almost seven months, due to Covid-19 related challenges and club commitments (she starred as Sundowns clinched the inaugural Caf Women’s Champions League in 2021), Dlamini is one of the most experienced players available to Ellis.

She’s also one of Banyana’s three captains, alongside the ageless Janine van Wyk and midfielder Sibulele Holweni. Dlamini touched on the importance of leadership in the current Banyana Banyana squad consisting of youth and experience.

“Leadership is very important, especially when you are working with the youth. The senior players are already aware of Banyana Banyana’s culture and when it comes to the youth, you have to sit down with them and pass down that culture while also assisting them to build confidence because in order for them to do their best, they need to be free and happy,” stated the Sundowns shot-stopper.

“As a leader, it’s also important to understand that you are a link between the players and the coaches. So, I am very honoured and grateful for this role and I will do my best to help everyone perform to the best of their ability,” added Dlamini. DM