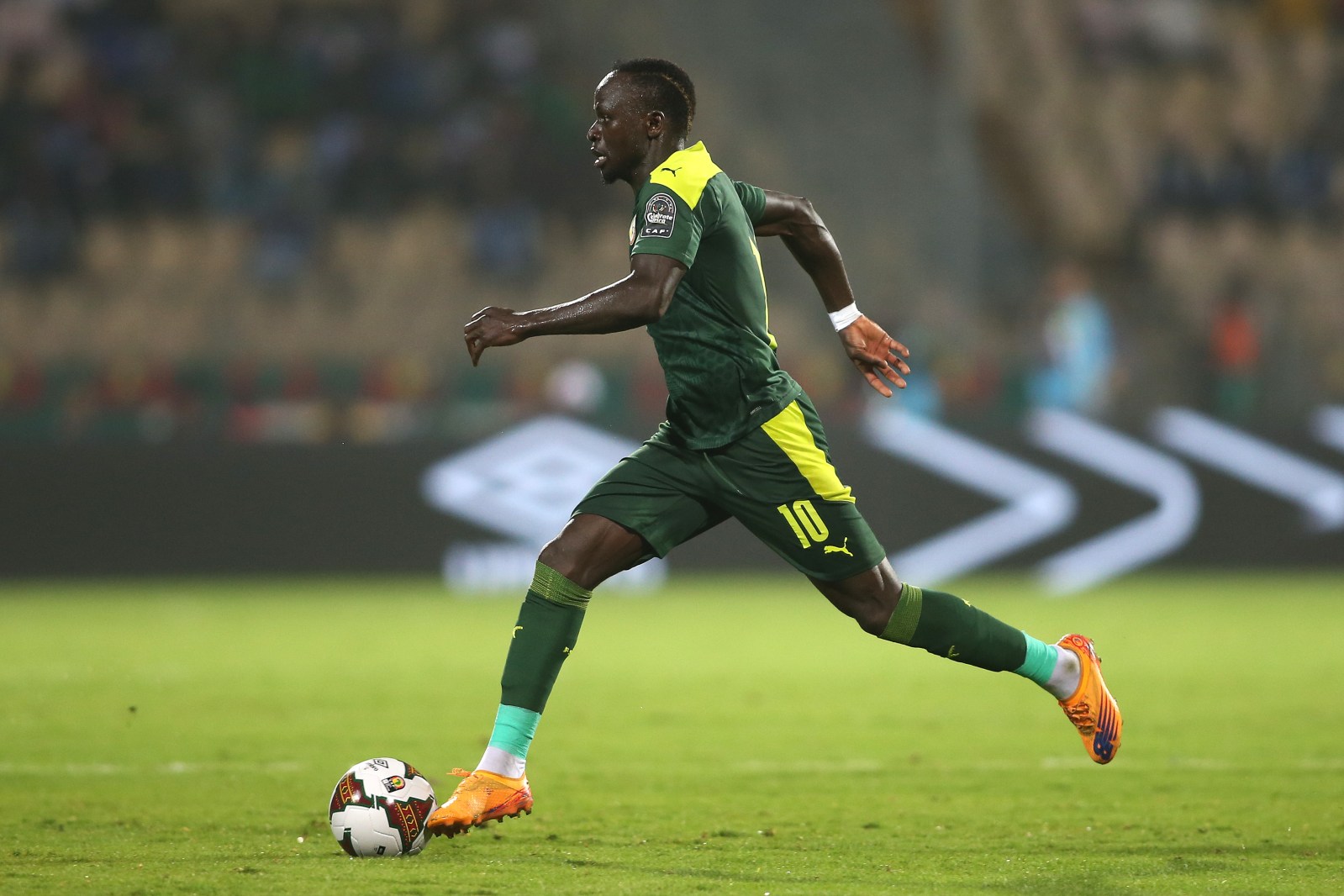 Sadio Mané of Senegal on the attack during an Africa Cup of Nations semifinal against Burkina Faso at Ahmadou Ahidjo Stadium in Yaoundé, Cameroon on 2 February 2022. (Photo: ©Shaun Roy/BackpagePix)

Surrounded by doubt owing to Covid-19, and marked by tragedy, the Africa Cup of Nations still managed to live up to its billing.

The 33rd edition of Africa Cup of Nations (Afcon) – despite the tragedy in Olembe, Cameroon at the Paul Biya Stadium in which eight people were killed and many more injured – has lived up to its billing and kept many enthralled over the past couple of weeks.

The eight spectators who died were crushed as a crowd tried to gain entry at one of the stadium’s entrances. The organisers of the competition, the Confederation of African Football (CAF), have vowed to ensure such a tragedy is never repeated.

Although, as CAF president Patrice Motsepe was quick to admit, it should not have happened to begin with.

“When people lose their lives, we all should be angry. We have to demand explanations and guarantees that it will never happen again,” he said in the aftermath of the tragedy.

“I know that legally the LOC (local organising committee) is responsible for the safety and security, but we are their partners and we have to make sure that the safety of every single spectator is our primary concern.”

There was also that incident involving referee Janny Sikazwe. The Zambian stole the show despite the likes of Liverpool duo Mohamed Salah and Sadio Mané as well as Manchester City superstar Riyad Mahrez gracing the tournament to represent their respective countries.

During a group game between Mali and Tunisia, Sikazwe, who is not a novice and turned out at the 2018 Fifa World Cup in Russia, inexplicably blew his whistle for the match to end – with five minutes left to the full 90. Following obvious disdain from both teams, play resumed.

The referee, however, was not done yet. He once again prematurely ended the match when he blew his whistle with 45 seconds left until the regulation 90 minutes.

The referee said he had been fighting off heatstroke during the fixture and was not functioning rationally, hence the impasse.

“I have seen people going for duties outside the country and coming back in a casket. I was very close to coming back like that,” Sikazwe said of the bizarre incident as quoted by BBC.

Despite his concerns, the referee went to hospital for heart, blood and physical tests the day after that match. Those results didn’t highlight any abnormalities.

In spite of such incidents, as well as the full introduction of the polarising video assistant referee (VAR) – in the 2019 edition it only came into effect from the quarterfinals – there was some outstanding officiating.

A great example came in the semifinal clash between Senegal and Burkina Faso, when Bamlak Tessema Weyesa and his VAR counterpart demonstrated how effective the technology can be if used efficiently.

Weyesa quickly overturned two penalties after trudging off to view the two separate incidents on the pitch-side VAR monitor. On both occasions, the Ethiopian official wasted little time in reviewing the footage and rescinding his original decisions.

Of course, it may be viewed as applauding a fish for swimming. However, since the introduction of the technology in football there have been some perplexing decisions where referees – even after being urged by VAR to overturn a shoddy ruling – have surprisingly stuck to their guns.

As such, it was refreshing to see the innovation being used appropriately, and most importantly without greatly disrupting the flow of the match.

There was also time for Rwandan-born referee Salima Mukansanga to make history when she became the first woman to referee a match in the long history of the Afcon tournament. An overdue development.

And they all went falling down

Many contenders who had been tipped to push all the way and claim the crown fell by the wayside, while this year’s newcomers made a name for themselves.

One of the first big-name casualties was four-time champions Ghana. The Black Stars, though not tipped to win the competition, were expected to at least make it out of their group, which consisted of Morocco, Gabon and Comoros. Instead, they finished bottom of the group, with a mere point.

A star-studded Algeria side, who came in as defending champions, were also sent packing early. The Desert Foxes were pipped by Ivory Coast, who finished the group in first place, and second-placed Equatorial Guinea. Just like the Black Stars, the Foxes only managed to earn a solitary point, which left them at the bottom of their group.

It was an outcome that very few would have predicted, as the Algerians came into the competition on a 35-match unbeaten run.

“We failed, yes. We did in three games what we haven’t had in three years. This feeling of defeat is bitter, even detestable,” said the team’s coach, Djamel Belmadi, following a crushing 3-1 defeat to the Elephants of Ivory Coast during their final group game.

Buoyed by that defeat of Algeria, Ivory Coast headed into their clash with Egypt in the last 16 brimming with confidence. After an intense arm-wrestling contest between these heavyweights, which required penalties to separate them, the charging Elephants were knocked down.

Nigeria were surprised by a determined Tunisia in the round of 16. The Eagles of Carthage brought the Super Eagles plunging to the ground, despite the fact that the Nigerians had ended the group phase with a 100% win record.

While the big names were tumbling, debutants such as Comoros and Gambia etched their names in the history of African football.

Particularly impressive were the Gambians, who ended the group stage level on seven points with Mali. They carried that forward to the knockouts, edging a more fancied Guinea 1-0 to set up a date with hosts Cameroon in the quarterfinals.

It was here that their journey ended, following a 2-0 defeat to the Indomitable Lions.

“There were tears in the locker room, but Gambia and its players can be proud of the course; we will bounce back very quickly and return to the front of the stage,” said Gambian coach Tom Saintfiet.

The next edition is scheduled to take place in Ivory Coast in 2023. There, CAF will hope to avoid the mistakes of this edition, while those who failed this time will hope to bounce back and erase the pain of failure in Cameroon. DM168