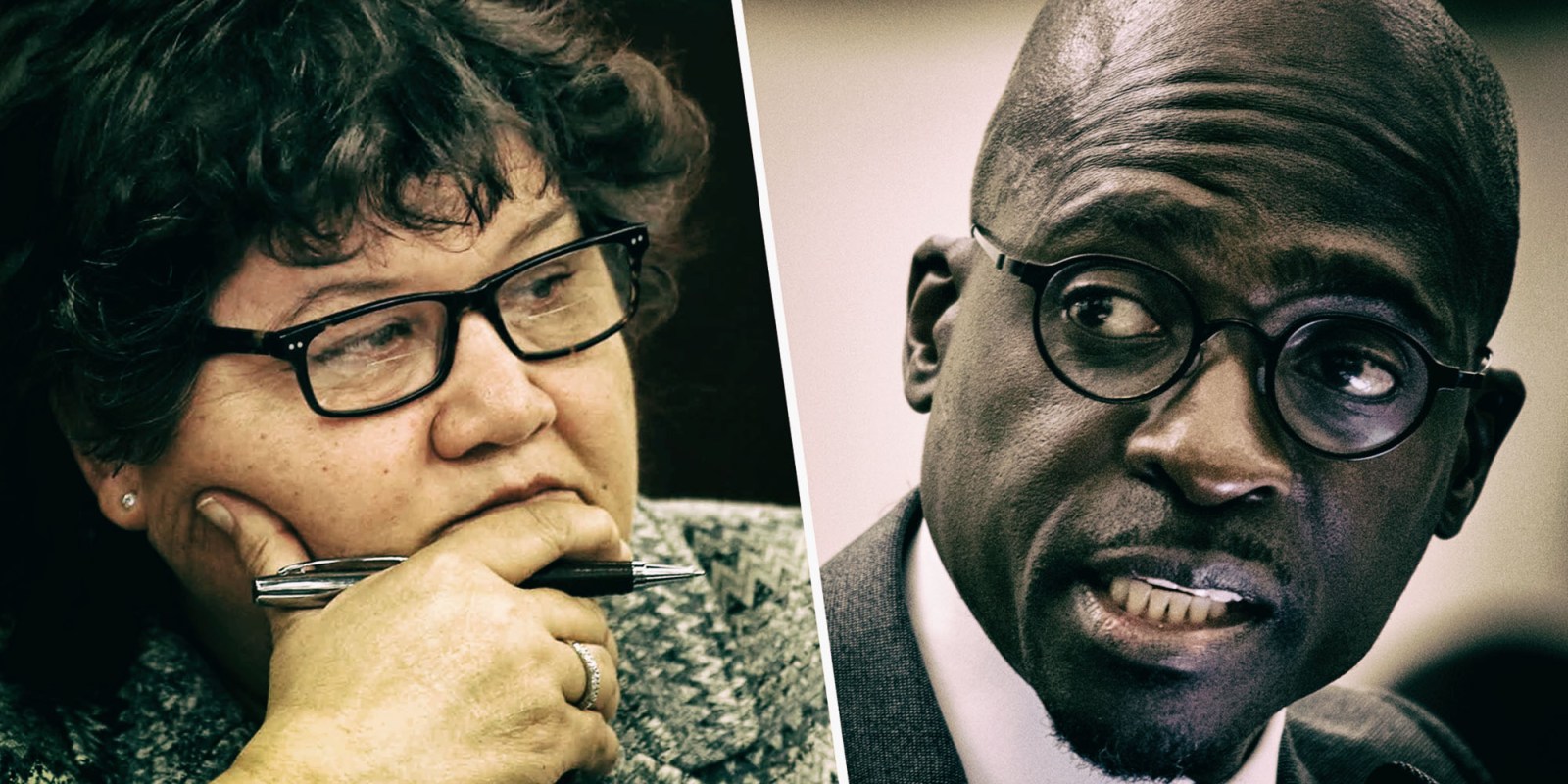 “The committee finds that the executive arm of government represented by the two former ministers – Gigaba and Brown – was grossly negligent in carrying out its responsibility as the sole shareholder of Eskom,” according to the report formally adopted by the National Assembly on 28 November 2018. It was sent to the State Capture Commission with all transcripts and supporting documents.

On Gigaba, who was public enterprises minister from November 2010 to May 2014, that particular parliamentary inquiry held: “Minister Gigaba’s overhaul of the Eskom board introduced patterns of instability. It is not apparent that the board appointed by Minister Gigaba had been sufficiently vetted in terms of integrity, collective skills and experience to govern Eskom and execute their fiduciary responsibility.”

On Brown, who succeeded Gigaba on 25 May 2014 and remained public enterprises minister until 27 February 2018, it said: “Minister Brown’s oversight over the actions of the executive and non-executive directors was inadequate, leading to gross breaches in fiduciary duty and potentially illegal acts.”

As happens so often in South African public life, the State Capture Commission would be cited to kick into touch any action required by the report. A dearth of money, skills and staff in investigation and prosecution services played into this.

But on 1 February 2022, Part 2 of the commission’s report delivered a scathing verdict on how Gigaba and Brown facilitated the Guptas’ capture of South Africa’s state-owned enterprises (SOEs). Their denials of wrongdoing, or any close association with the Guptas, were dismissed.

Gigaba should be criminally investigated for “cash payments allegedly received by them during visits to the Gupta compound in Saxonwold in the period 2010-2018”, alongside former top Transnet top executives, under the 2004 Prevention and Combating of Corrupt Activities Act, the commission’s report recommends.

Gigaba should also face criminal investigation into whether the reinstatement of Siyabonga Gama as Transnet’s CEO amounted to an inducement for him to do anything, including corruption, under the 1998 Prevention of Organised Crime Act.

Gigaba resigned as home affairs minister on 13 November 2018 amid a sex scandal and a ruling that he had lied in court over the Fireblade Aviation private facility at Oliver Tambo International Airport. Gigaba remains an ANC National Executive Committee (NEC) member.

Brown, who resigned as MP after being dropped from Cabinet after President Cyril Ramaphosa moved into the Union Buildings in February 2018, escaped a recommendation of further criminal investigation. However, the State Capture commission’s report describes her testimony variously as “ludicrous” and a “ridiculous excuse”.

That’s in relation to Denel, the once viable defence technology developer that today relies on taxpayer bailouts and remains unable to regularly pay staff in full.

“Ms Brown could not explain how it came about that the only member of the 2011 board of Denel, who was allowed to continue as a board member beyond July 2015, was Mr (Nkopane) Motseki, who had an existing relationship with the Guptas…”

At Transnet, the commission report says Brown’s executive and board changes “saw the departure of individuals in senior management who resisted the alleged corruption and weakening of governance structures…”

The facilitation of the Guptas’ capture of Eskom – which was the core of the parliamentary inquiry – is yet to come in Part 3 of the State Capture Commission’s report, set for release at the end of February 2022.

It remains to be seen how Eskom, among others – but also parliamentary oversight – will be dealt with then. However, Part 2 of the report is already damning.

“Egregious violations of the Constitution have been demonstrated,” it notes. Elsewhere, the report calls for greater oversight from, in particular, Parliament’s public enterprises committee “in ensuring that SOEs are not vessels of corruption, fraud and state capture”.

“The recent history of State Capture is replete with instances where the boards, CEOs and CFOs of SOEs were appointed for ulterior purposes and not in the best interests of the SOE.”

Back in mid-2017, a directive from the House Chairperson for Committees, Cedric Frolick, asked four committees to probe State Capture claims, but only public enterprises stayed the full course.

It had been a rough road to get to this. Brown, in a series of lawyer’s letters, had questioned the inquiry’s motives, intent and procedures. At one stage during her testimony in November 2017, she described the parliamentary inquiry as “a kangaroo court intent on reaching predetermined outcomes”.

Parliament’s committees can summon anyone and any document, according to Rule 167. It’s based on Section 56 of the Constitution,

“The National Assembly or any of its committees may summon any person to appear before it to give evidence on oath or affirmation, or to produce documents.”

That’s been confirmed repeatedly by the national legislature’s own lawyers, but also by independent senior counsel, as happened during the parliamentary Eskom State Capture inquiry.

At the end of her November 2017 testimony, Brown told MPs: “In conclusion, let me state unequivocally that I do not take instructions from anybody.”

The parliamentary inquiry recommended improved laws and policies to nix any leeway for future inconsistencies and corruption.

“The executive must introduce the Shareholder Management Bill that was supposed to be introduced to Parliament in the 2017/18 financial year, as promised by former minister Lynne Brown in her last budget speech,” the parliamentary inquiry report recommends. “This piece of legislation is essential for strengthening oversight and defining the roles of SOEs and the shareholder (government).”

That has not yet happened, even though this legislation was part of Gigaba’s 14-point plan for economic recovery announced in July 2017, shortly after his appointment as finance minister.

Now the State Capture Commission has stepped into the breach with recommendations to not only ban ministers from appointing boards and top executives such as chief financial officers by establishing an independent body to do so instead, but also come up with legislation to protect against the abuse of public power.

With a proposed penalty of 20 years’ jail and/or a R200-million fine, the commission recommends to the government a wide-ranging law to make abuse of public power the statutory offence that it is not yet.

“Such potential violations might range from the case of a president of the Republic, who hands a large portion of the national wealth or access to that wealth to an unauthorised recipient, to the junior official who suspends a colleague out of motives of envy or revenge.”

Stalling on the 2018 parliamentary inquiry may not be too politically uncomfortable – the governing ANC told the State Capture Commission its MPs must toe the line as they represent the party in Parliament, not themselves.

But kicking the recommendations of a commission of inquiry into touch may extract a much heavier cost, politically and in terms of public trust. DM