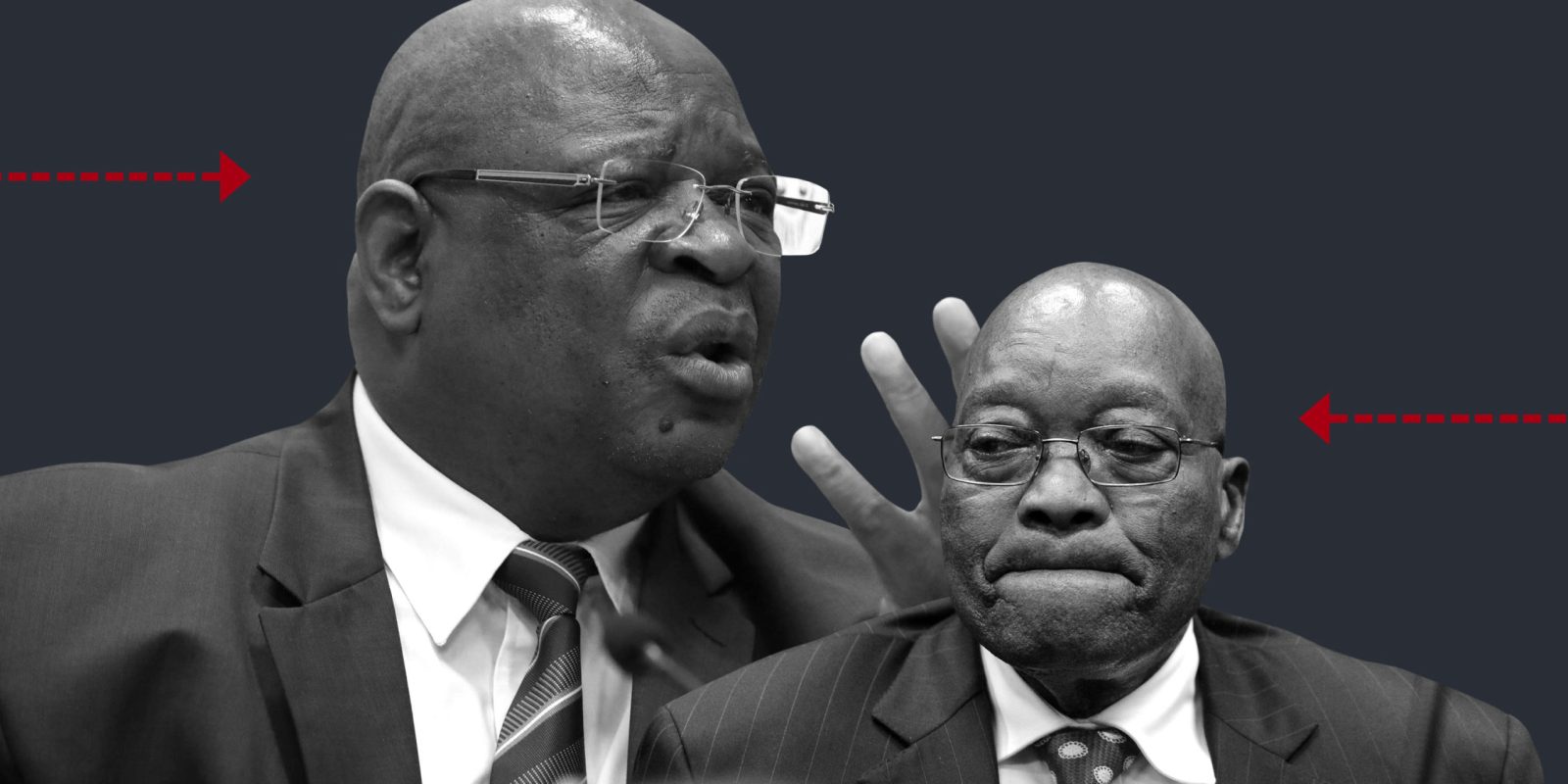 The former president could face a probe and charges for a matter he never answered to before walking out of the State Capture commission in November 2020 — a move that subsequently saw him charged with a criminal offence and which landed him in prison last year.

The appointment of Siyabonga Gama as group CEO of Transnet 12 years ago is at the heart of a recommendation for further investigation by acting Chief Justice Raymond Zondo in the second part of the commission’s report, made public on Tuesday.

Zuma unsuccessfully applied for Zondo to recuse himself from the commission on account of Zondo having a child with the sister of one of Zuma’s wives. Zuma, through his lawyer Muzi Sikhakhane, also said he felt as though the commission was “out to lynch” him.

Transnet, the state-owned entity responsible for rail, ports and pipelines, irregularly awarded contracts worth R41.2-billion for the benefit of companies linked to the Guptas and their associates under the leadership of Gama and later also Brian Molefe, Zondo said in part two of his report. This meant Transnet accounted for 72.2% of all government and state-owned enterprise (SOE) contracts linked to state capture.

The report provides a summary of testimony pointing to Zuma’s hand in Gama’s appointment, against the advice of the board at the time, and it also contains findings and pointers for action.

“It is recommended that the law enforcement agencies conduct such further investigations as may be necessary, with the view to the possible prosecution on a charge of corruption … and/or a racketeering charge,” the report reads.

It refers to chapters 2 of the Prevention and Combating of Corrupt Activities Act (Precca) and Prevention of Organised Crime Act (Poca) respectively.

The aim is to determine whether the reinstatement of Gama as group CEO (GCEO) of Transnet at the instance of Zuma, former public enterprises minister Malusi Gigaba, and Mafika Mkwanazi, whose appointment as Transnet chairperson in 2010 was approved by Gigaba, “constituted an improper inducement to Mr Gama to do anything, thus amounting to corruption”.

The report contains details of the players who made the looting of Transnet possible by what Zondo termed the “Gupta enterprise”, with reference to the businessmen brothers that befriended Zuma and a number of others in influential positions in the ANC.

“State Capture at Transnet began after the resignation of Ms [Maria] Ramos as GCEO in 2009,” the report reads. Zuma thereafter thwarted the efforts of then public enterprises minister Barbara Hogan to appoint a GCEO for the next 18 months, because he preferred Gama, who was then the CEO of Transnet and facing serious charges of misconduct.

Zuma replaced Hogan with Gigaba, “an admitted associate of the Gupta enterprise who had regular and frequent contact with Gupta family members”.

According to the report, there are strong intimations that Gama was favoured by those supporting State Capture, but Zuma wasn’t keen to answer questions about this.

When he gave evidence on 17 July 2019, the report states, Zuma “objected to the manner in which he was being questioned in relation to the report of 28 July 2009 put before him by Ms Hogan regarding Mr Gama”.

There was a discussion in chambers, and proceedings were adjourned. “Zuma did not testify again before the Commission,” according to the report.

Zondo said a memorandum sent by Hogan to Zuma recommended the appointment of Sipho Maseko as a capable and experienced candidate with the right qualifications. Her report also recommended that Gama be investigated, and detailed the allegations against him.

It stated that “the charges against Mr Gama were not ‘trumped up’ or trivial, but potentially significant and the board would be failing in its fiduciary duty if it did not complete the investigation in accordance with due process,” Zondo found.

Zuma was also informed that the board did not shortlist Gama for the second-in-line preferred candidate to Pravin Gordhan, who was initially recommended as the only candidate, but who withdrew a week later. He was later appointed finance minister.

In Hogan’s report, Gama was referred to as “the preferred internal candidate”, which Zondo says could only have referred to Zuma’s preference for him. The board found “there are important gaps, relative to the requirements for the position”, which made Gama unsuitable.

Zuma told Zondo that “his approach was to go along with the recommendation of the board and to see to it that processes had been followed”, but in light of the evidence this version “must be rejected as a complete fabrication”, Zondo found.

If it were true, Maseko would have been appointed.

“On Ms Hogan’s version, the reason why Mr Maseko was not appointed is that Mr Zuma would not allow the matter to be taken to Cabinet because he said that his only choice was Mr Gama.

“Mr Zuma fled the Commission before he could be asked to explain this.”

Zuma’s subsequent refusal to obey a court order that he must testify was punished with a 15-month prison sentence. Zuma’s release on medical parole is currently under review.

Zuma’s troubles with the commission and any subsequent investigations will add to his current issues with the law.

He appeared in the Pietermaritzburg high court this week for another instalment of his 16-year-old arms deal corruption trial. He is currently applying for lead prosecutor Billy Downer to be removed from the case.

Zuma’s name also features in volume two of the second part of Zondo’s report on arms manufacturer Denel, although the recommendations do not feature him.

According to the report, Tony Gupta used to take Zuma’s son, Duduzane, to meetings with government officials attached to SOEs. Gupta would do all the talking.

The report also found that two ministers that Zuma appointed to the public enterprises portfolio, Gigaba and Lynne Brown, advanced the Guptas’ State Capture enterprise, mostly by appointing Gupta henchmen to the boards of SOEs. DM