State Capture Central: How Transnet became the hub of the Gupta looting frenzy 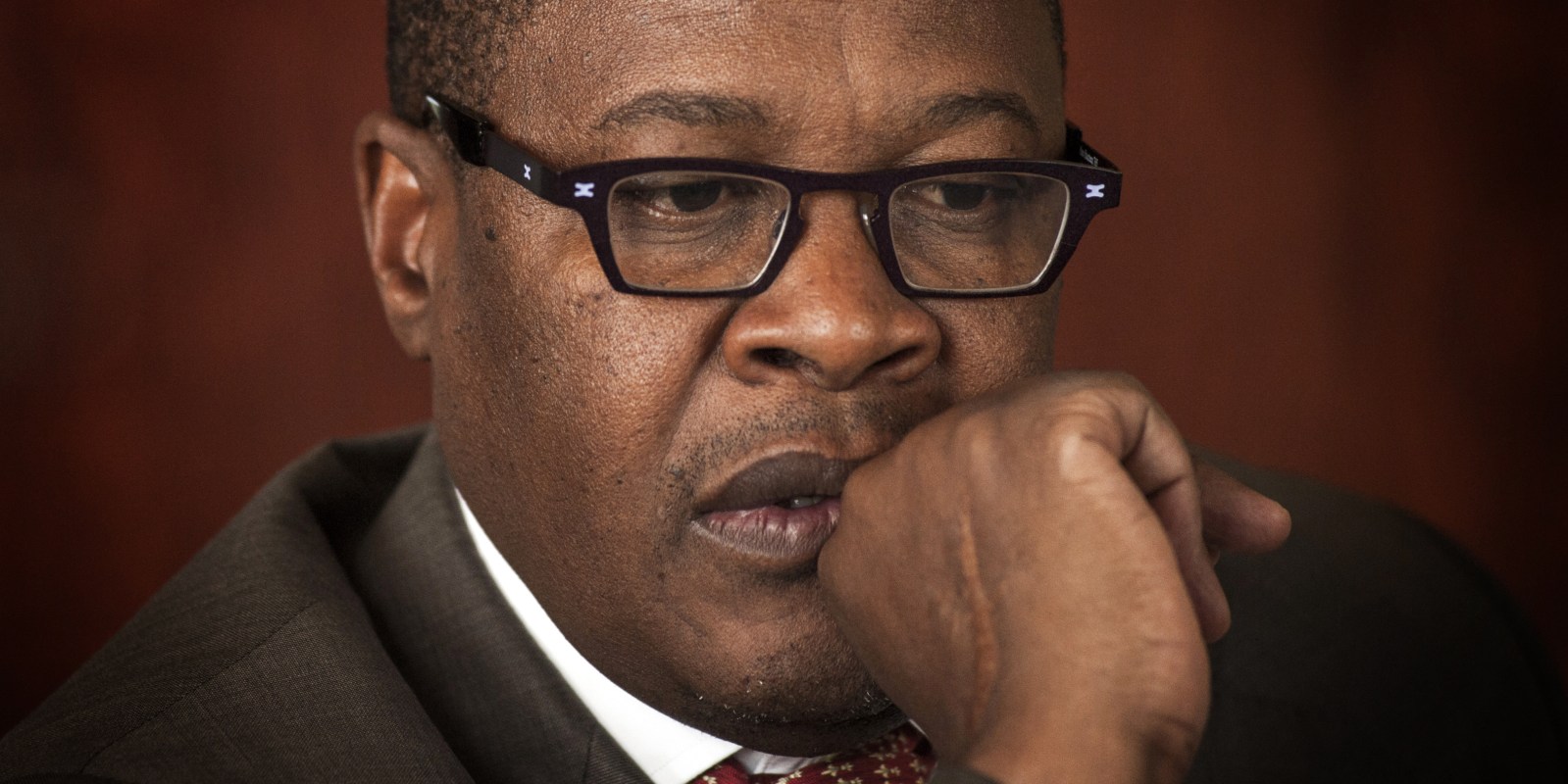 Acting Chief Justice Raymond Zondo details in Part 2 of his State Capture report how Transnet became the principal site of looting by the Gupta enterprise and how Denel’s board destroyed the company to benefit the family. It’s now up to law enforcement agencies to prosecute those responsible.

In Part 2 of the report from the Commission of Inquiry into State Capture, acting Chief Justice Raymond Zondo spent hundreds of pages detailing a litany of corrupt deals at Transnet before explaining what racketeering is and how it’s dealt with under the Prevention of Organised Crime Act (POCA).

Zondo said “evidence establishes convincingly that State Capture occurred at Transnet” between 2009 and 2018: “This was accomplished primarily through the Gupta racketeering enterprise and those associated with it who engaged in a pattern of racketeering activity.”

Zondo cited evidence that traced Transnet contracts worth R41.2-billion that were irregularly awarded for the benefit of companies linked to the Guptas or their associate Salim Essa, making Transnet the primary site of State Capture, accounting for 72.2% of all government and state-owned entity (SOE) contracts that have been linked to State Capture.

Part 2 of Zondo’s report, which was handed over to the Presidency on Tuesday and also includes a volume on government arms manufacturer Denel, details a pattern of corrupt behaviour, what he calls a “systematic scheme of securing illicit and corrupt influence or control over the decision-making”.

Zondo said it justifies adding racketeering-related offences (racketeering isn’t a specific crime under POCA) to the charge sheets of many of those involved in State Capture across SOEs.

He said the key elements of racketeering included kickback agreements worth billions with the Chinese Railway Rolling Stock Corporation (CRRC) and Essa’s companies; the inclusion of Gupta-linked companies as supplier development partners on contracts, such as those with Regiments, which milked Transnet without providing value; money laundering agreements between Regiments and Essa and Kuben Moodley’s companies; and the payment of cash bribes to officials.

“Other instances of wrongdoing also advanced the interests of the Gupta enterprise and the racketeering scheme all of which require further investigation and possible prosecution by the law enforcement authorities on charges related to the specific offences and also (where appropriate) on racketeering charges,” said Zondo.

The in-camera testimony from three former drivers for Transnet executives was crucial in establishing the allegations that the Guptas were paying bribes in cash.

Zondo said “there are reasonable grounds to believe that Mr Molefe may have committed the crime of corruption by accepting a gratification to act in violation of his duties or in order to influence the price under various contracts or the procurement of tenders favouring the Gupta enterprise. There are also reasonable grounds to believe that Mr Molefe was associated with or participated in the affairs of the Gupta enterprise.”

He made similar findings against Singh, who struggled to explain why he had so many safe deposit boxes and hadn’t touched his salary in years, Gama and former Transnet Freight Rail chief procurement officer Thamasanqa Jiyane, recommending law enforcement authorities investigate them for possible prosecution.

Gigaba had extensive contact with the Gupta family and helped Gama return to his job at Transnet Freight Rail, with a fat payout for legal fees, after he was dismissed following disciplinary charges. Zondo said that likely amounted to improper inducement and likely corruption.

He said there were “strong and convincing reasonable grounds” to believe Gigaba, like the other Eskom executives, took cash bribes “and participated in the conduct of the affairs of the Gupta enterprise”.

During his brief testimony at the Zondo Commission, former president Jacob Zuma denied he pressured former minister Barbara Hogan to appoint Gama as group CEO and later instructed Gigaba to appoint him.

Zondo called Zuma’s version a “complete fabrication” and said there was “a reasonable suspicion that the crime of corruption may have been committed in the circumstances surrounding Mr Gama’s reinstatement”.

Regarding the procurement of the 1,064 locomotives from Chinese manufacturers, the planned cost of which was increased from R38-billion to R54-billion, allegedly to cover kickback costs, Zondo said: “Taken with the evidence against Mr Molefe, Mr Singh and Mr Gama concerning their receipt of cash gratifications from the Gupta enterprise and the payment of kickbacks to Mr Essa’s companies and the Gupta enterprise by CSR and CNR, there are reasonable grounds to believe that Mr Molefe, Mr Singh, Mr Gama and Mr Essa, as well as others, received corrupt gratifications.”

The 506-page report on Transnet also dealt with allegations regarding the GNS/Abalozi contract, the procurements of 95 and then 100 locomotives, the appointment of Gupta-linked financial advisory firms, and multiple IT contracts.

“There was an increased reliance on consulting and advisory services (McKinsey, Regiments and Trillian) that was accompanied by the weakening of internal controls and the payment of substantial fees for work that should have been done internally,” said Zondo.

“These fees were then shared with companies established and controlled by Mr Salim Essa, an associate of the Gupta family, and laundered to the Gupta enterprise.”

In his 140-page volume on Denel, Zondo asked how a company that was recently lauded internationally could now be “almost on its knees”.

“It is quite clear that a very important reason relates to the quality of leadership or lack thereof that is given to these SOEs. By Minister Lynne Brown’s own admission, the 2011-2015 Board of Directors performed its duties very well.”

Brown appointed Daniel Mantsha, an attorney whose clients have included Jacob Zuma, as Denel chairperson and his board was quick to suspend top executives in 2015 before the company awarded irregular contracts to Gupta-linked firm VR Laser.

Zondo recommended law enforcement authorities investigate Mantsha and his fellow board members for contravening the Public Finance and Management Act.

He recommended authorities also investigate Mantsha and his board members who “were shown to have abetted Mr Mantsha in his efforts to capture Denel for the Guptas”. He recommended the Legal Practice Council investigate whether Mantsha is fit and proper to continue working as an attorney.

Zondo continued: “It is recommended that the law enforcement agencies should conduct such further investigations as may be necessary to determine whether those members of the Board of Directors of Denel who supported the suspensions of the three executives and failed to agree to the executives’ proposal for an expedited process to test the allegations against them and failed to convene a disciplinary inquiry against the three executives and supported the decisions to pay out the large amounts that were paid out to the three executives did not act in breach of section 50(1)(a), (2) — and section 51 of the PFMA with a view to their possible criminal prosecution.”

amaBhungane and Scorpio #GuptaLeaks: How the Guptas screwed Denel

While considering Denel, Zondo turned to the bigger picture. He said it was clear the process of appointing board members and executives to SOEs should be reformed.

“When regard is had to all of the above, it is quite clear that the appointment of members of Boards of Directors of SOEs as well as senior executives such as Chief Executive Officers and Chief Financial Officers can no longer be left solely in the hands of politicians because in the main they have failed dismally to give these SOEs members of Boards and Chief Executive Officers and Chief Financial Officers who have integrity and who have what it would take to lead these institutions successfully. They are all going down one by one and, quite often, they depend on bailouts,” said Zondo.

“It is therefore necessary that a body be established which will be tasked with the identification, recruitment and selection of the right kind of people who will be considered for appointment as members of Boards of SOEs and those who will be appointed as Chief Executive Officers and Chief Financial Officers at these SOEs.”

Zondo said he would elaborate on his proposals to establish a new body to appoint board members and executives in his final report, which is due to be handed to President Cyril Ramaphosa at the end of February. DM