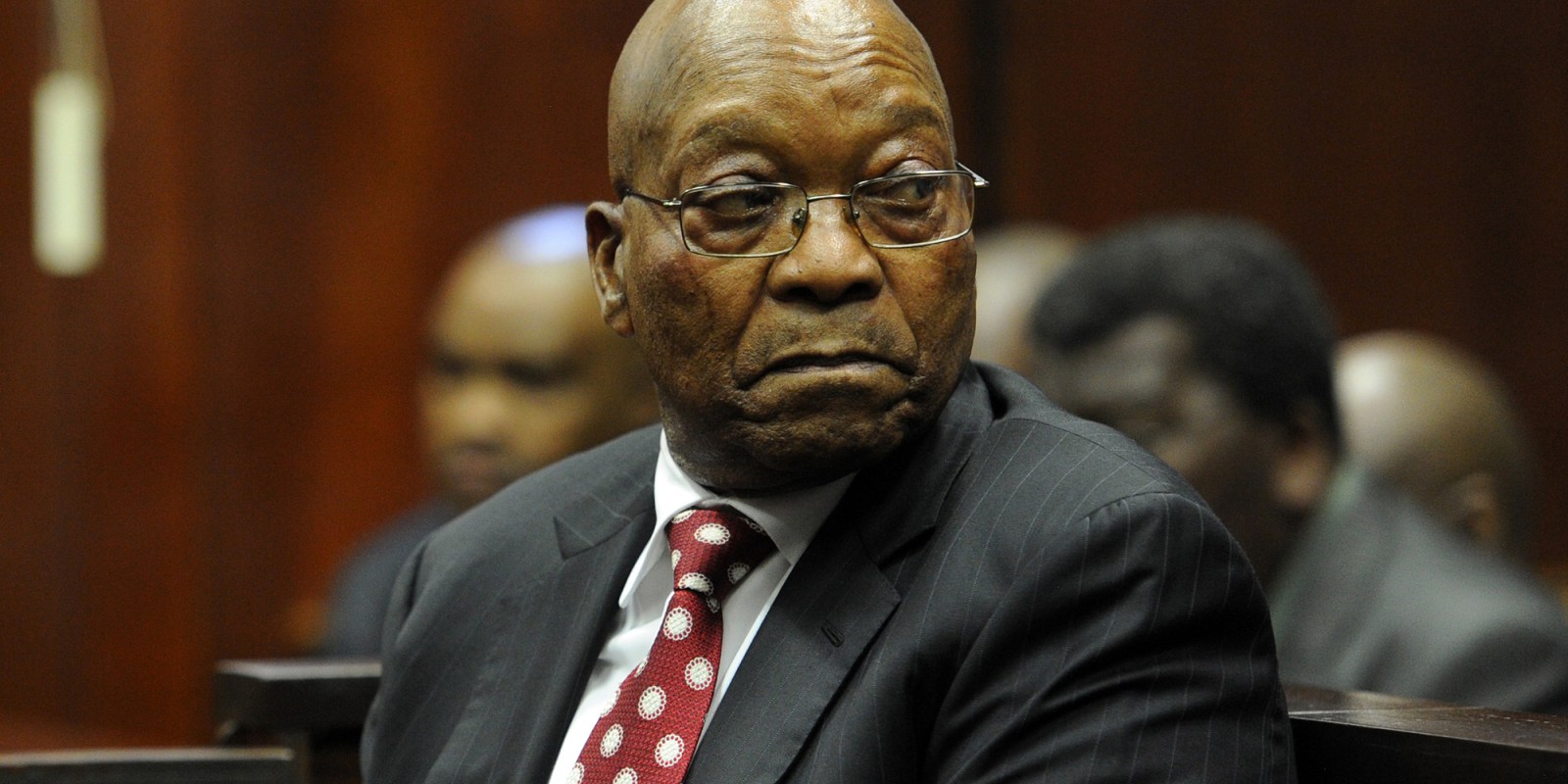 The defence team for Jacob Zuma is set to present multiple arguments before the Pietermaritzburg High Court on Monday to have the former president’s failed special plea in the Arms Deal matter heard by the Supreme Court of Appeal.

Zuma’s legal runway to avoid his day in court is running out, but the 79-year-old’s nifty application of the Stalingrad defence continues to give him wings. This includes attempting to enter further evidence into the matter currently before the court, questioning law, and running a private prosecution against the lead prosecutor in the case, advocate Billy Downer.

On Monday, Zuma and his legal team will seek leave to appeal Justice Piet Koen’s 26 October 2021 ruling that dismissed the former president’s special plea, which was sought under Section 106(1)(h) of the Criminal Procedure Act (CPA). Here, Zuma wanted to have Downer removed from the case on the grounds that he had “no title” to prosecute, and demanded that, were he successful, he would be entitled to an immediate acquittal.

To set the stage for the private prosecution, on 21 October 2021, just 10 days before the political party he once led was humiliated in the local government elections and just five days before Koen’s ruling, Zuma arrived at Pietermaritzburg’s Loop Street Police Station, alleging that Downer had leaked information about the case to the media. The leaks stretched back to June 2008, with the most recent being August 2021, he alleged.

Zuma claimed that in June 2008 Downer illegally “disclosed information” regarding his trial to journalist Sam Sole, who at the time worked for the Mail & Guardian, and that in August 2021, Downer’s office provided Zuma’s medical records to News24 journalist Karyn Maughan.

But in the State’s heads of argument filed with the Pietermaritzburg High Court last week, co-signed by Andrew Breitenbach SC, Ncumisa Mayosi and Hephzibah Rajah, it is stated:

The State also contends that Zuma has no right to seek leave to appeal unless he has been convicted and sentenced, maintaining that the Criminal Procedure Act “makes no provision for an application for leave to appeal by an accused, prior to their conviction and sentencing, against the dismissal of a plea in terms of section 106(1)(h) [of the CPA]”.

The State contends that if such an appeal was allowed, it would be clearly catered for in law.

“At the end of the trial the accused will either be acquitted or be convicted. It follows that the dismissal of such a special plea alone does not entail the conviction of the accused.”

As part of the leave to appeal, Zuma also hopes to present “further evidence”, namely his recently opened criminal charge against Downer, into the court record, claiming he has met the legal threshold to do so.

“If accepted, the evidence of an actual criminal charge or possible conviction would materially change the outcome of the trial. It can hardly be argued that the prosecutor would have title to prosecute from his theoretical prison cell,” argues defence advocate Dali Mpofu in Zuma’s latest heads of argument.

In further supporting papers filed with the court, Zuma’s attorney, Mondli Thusini, said that as of November 2021 he was instructed that should a nolle prosequi be issued by the National Prosecuting Authority in relation to the charges against Downer, Zuma would pursue private prosecution.

The remainder of Zuma’s leave to appeal rests on two key pillars:

Thus, according to the former president and his legal team, Koen had incorrectly interpreted the key legal points raised by Zuma’s defence team in his special plea to have Downer removed as prosecutor due to his alleged bias against Zuma, acts of criminality and failing to act against those Zuma has claimed plotted against him.

“The merits of the application, in themselves, raise a plethora of legal and factual issues of relative complexity, novelty and public importance,” states Mpofu.

He continues that there is also sufficient case law in existence – a claim refuted by the State – that allows for the matters raised by Zuma’s defence team to be automatically sent to the Supreme Court of Appeal (SCA).

Mpofu is also seeking another avenue to the SCA, through Section 319(1) of the CPA, which allows for a “question of law” to be referred to the appeal court.

Mpofu wants the SCA to deliberate on alleged irregular procedures identified during Zuma’s special plea application. The State maintains this is a shot in the dark and there is “no reasonable prospect of a finding by the SCA that a mistake of law was made”.

One of Zuma’s main contentions against Koen is that he did not allow for cross-examination, or a trial-within-a-trial.

“A trial would have resolved the question of whether Mr Downer’s conduct in relation to the facts relevant to this trial, was consistent with the title to prosecute. If the evidence proved that Mr Downer had violated his prosecutorial duties, the Court would have removed him on the basis that he could not lawfully exercise his title to prosecute,” asserts Mpofu.

Zuma has alleged in various forums that Downer failed to “report or deal with”:

Mpofu argues that his client will suffer if these matters are not aired in open court, as he will never know if the allegations he has raised are “true or not”.

Mpofu says because Downer was biased against Zuma, he had no locus standi to act, and that if Downer were to continue with the prosecution, the trial findings could be nullified.

But the State contends any claim that Zuma will not receive a fair trial would best be decided by a trial court.

“[It] is in the interests of justice that any question about whether the first accused has received the fair trial guaranteed by section 35(3) of the Constitution, which may remain after the evidence on both sides has been heard, should be determined by this court at the end of the trial, unless this court, in the exercise of its discretion, decides that it would be appropriate to determine any such question earlier during the trial.

“If, at the end of the trial, the first accused is convicted and sentenced, he may seek leave to appeal against any such determination adverse to him, as indeed he may, in that eventuality and at that juncture, against this court’s dismissal of his special plea in terms of section 106(1)(h) of the CPA.”

Downer was part of the original team that successfully secured Shaik’s conviction in 2005. Shaik was released on medical parole in March 2009. Zuma is also currently on medical parole, having been gifted this less than two months after being imprisoned in July last year on contempt of court charges.

Zuma and Thales have pleaded not guilty to all charges. DM