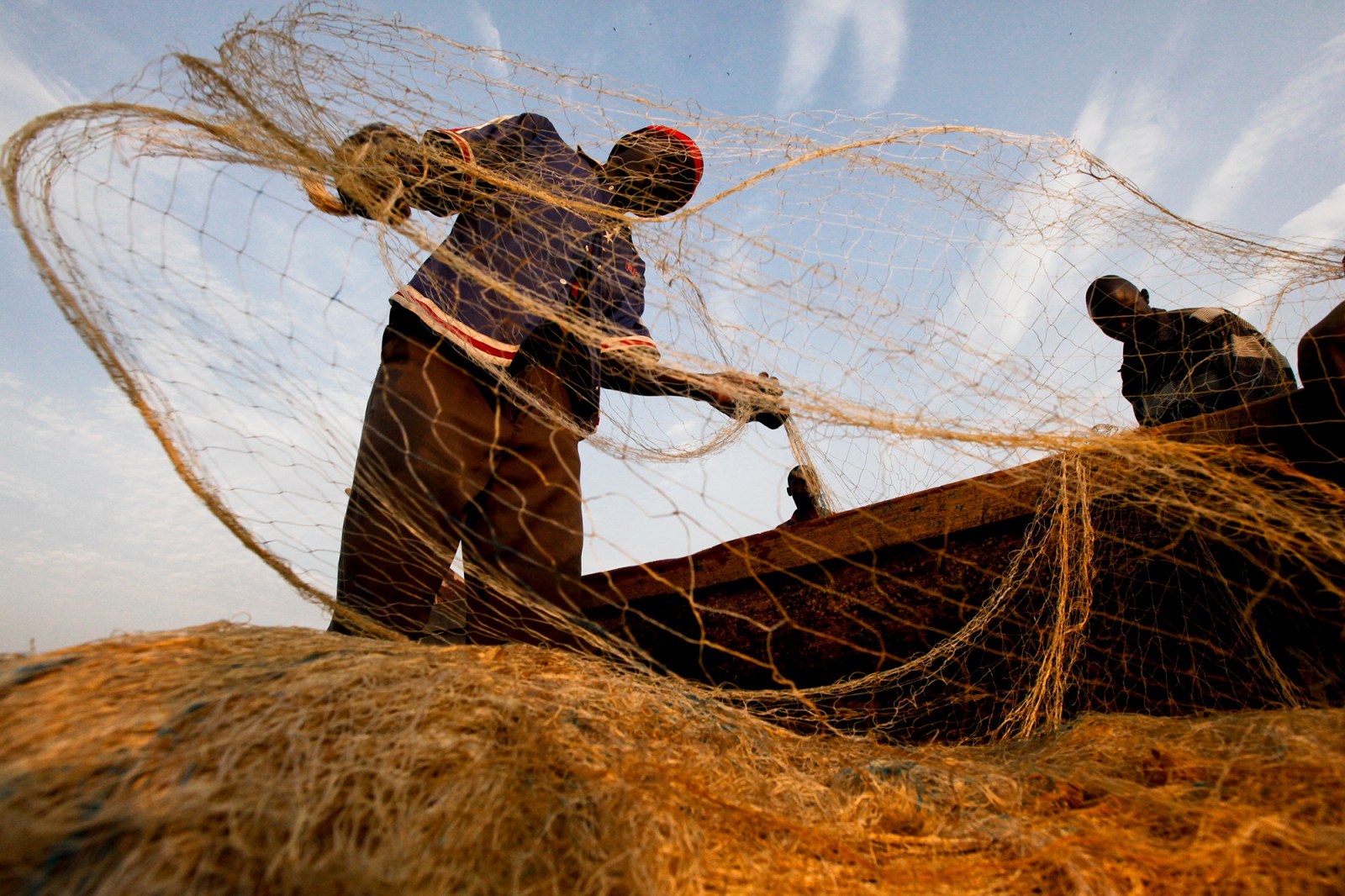 Fish production in Lake Kivu has plunged by 28% over the past two years due to illegal fishing practices using destructive equipment. (Photo: EPA/DAI KUROKAWA)

A bilateral protocol between Rwanda and the DRC is pivotal to ensure paltry fish stocks don’t disappear completely.

Illegal fishing on Africa’s Lake Kivu is threatening entire species in an already species-poor body of inland water. In 2018, over 400 cases involving 163 poachers were recorded on the lake. Between May and July 2020, Rwanda Police Marine Unit operations seized 27 substandard and illicit rolls of nets and arrested 10 poachers for illegal fishing.

These incidents show an increase in crimes in the Great Lakes Region, perpetrated by an established transnational syndicate that will only be stopped through strengthened domestic and coordinated regional responses.

Lake Kivu is situated between the Democratic Republic of the Congo (DRC) and Rwanda and flows into Lake Tanganyika via the Ruzizi River. Of a total area of about 2,370km2, 58% of its waters lie within DRC borders.

The Conference of the Parties to the Convention on Biological Diversity, to which Rwanda and the DRC are parties,‬ warns that illicit fishing can wipe out ‬entire species in an ecosystem. There are already only 29 known fish species in Lake Kivu.

Fish production in the lake has plunged by 28% over the past two years due to illegal fishing practices using destructive equipment. The Department of Animal Resources Research and Technology Transfer at the Rwanda Agriculture and Animal Resources Development Board notes that fish production in Rwanda’s frontiers of the Kivu Lake dropped from 24,199 tonnes in 2017 to 16,194 tonnes in 2020.

Fishers belonging to a cooperative told ISS Today that unregistered fishers use outlawed gear to catch juvenile fish, which contributes to the depletion of some species. They also undermine the licit fishing economy by trading the fish at underground markets at ‘giveaway prices.’ On Rwanda’s coast, children influenced by the fish poachers are also becoming involved in illegal fishing.‬‬‬‬‬‬‬

A plan by the Rwandan government to increase sardine production fourfold in their Kivu Lake waters could be subverted by fish poachers, who threaten this target by constantly defying suspension measures.

In the DRC, the criminal economy of illicit fishing on Lake Kivu benefits various actors, including rebel forces such as ‬the Congrès national pour la défense du peuple. This armed militia operating in the Kivu Province often hijacks civilian canoes for fishing purposes and trades their catches to finance their terror activities.‬ ‬‬‬‬‬‬

‬‬‬‬‬‬‬‬‬Along Lake Kivu’s Congolese shores, monitoring and compliance measures for fishing are sporadic at best. Capabilities for aerial surveillance on the DRC side of the lake are lacking, while facilities for lake-based patrols are inadequate. The ‬porous land borders around the lake — particularly along the Congolese coast, which includes vast ungoverned spaces — also provide ideal geography for undetected activities such as illicit fishing. ‬‬‬‬‬‬‬‬‬‬‬‬

In Rwanda, existing legislation that regulates the organisation and management of aquaculture and fishing in the country provides that the right to fishing in public waters is granted only by a competent authority, which issues the fishing licence. So anyone engaging in fishing activities without authorisation is liable for a fine ranging from $50 to $200 (Rwf50 000 to Rwf200 000), imprisonment of three to six months (or one of these penalties) and dispossession of the equipment used.‬‬‬‬‬‬‬‬‬‬‬‬‬‬‬‬‬‬‬‬

However the spate of illicit fishing on Lake Kivu shows that legislation in Rwanda alone isn’t enough to address this problem. Bilateral collaboration between Rwanda and the DRC is pivotal to halt the potential disappearance of the fish stocks in the lake. Both countries’ governments may need to rethink current bilateral arrangements to deal with this growing crime.‬‬

The major weakness of the independent efforts and enforcement operations on the lake is that the surveillance exercises lack bilateral coordination. Undoubtedly this allows illicit fishing to thrive while fishers from one country with illegal gear cross over to the other to escape the law.

Recently Rwanda and the DRC signed four key bilateral agreements to further enhance trade and diplomatic ties. These include a bilateral investment treaty, a double taxation avoidance agreement, and a memorandum of understanding on a mining concession.

A more pivotal agreement signed between the two countries on 3 May 2020 aims to control the exploitation of methane gas from Lake Kivu to produce electricity and protect the water body’s biodiversity.

Despite these many other bilateral agreements and the significance of Lake Kivu as the largest local fish source in Rwanda and a significant resource for the DRC, the countries have yet to forge a security partnership that would help stem the tide of illicit fishing on the lake.

Rwanda and the DRC should use their renewed bilateral engagement to foster a diplomatic and security partnership to safeguard Lake Kivu against illicit fishing. This could start with developing and implementing a bilateral fishery protocol. Among others, this would foster operations guided by the Standard Operating Procedures for joint patrols by the security forces of both countries on Lake Kivu.‬ ‬‬‬‬‬‬‬‬‬‬‬

These procedures should stipulate training methodology, intelligence sharing, areas of responsibility‬ and criminal justice processes on arrest, detention and prosecution of illegal fishers on the lake.‬

Implementing these procedures effectively also requires conscious ‬‬domestication of guidelines in the law enforcement doctrines and practices of the Congolese Navy and Marine Police Unit of the DRC and Rwanda. This knowledge would become part of the daily surveillance activities of security forces across Lake ‬‬Kivu.‬‬‬ Such efforts could begin turning the tide against poachers.‬‬‬‬‬‬‬‬‬‬‬ DM

ENACT is funded by the European Union (EU). The contents of this article are the sole responsibility of the author and can under no circumstances be regarded as reflecting the position of the EU.

First published by the ENACT project.